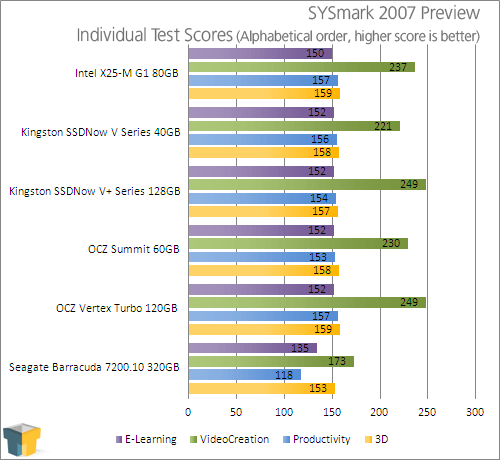 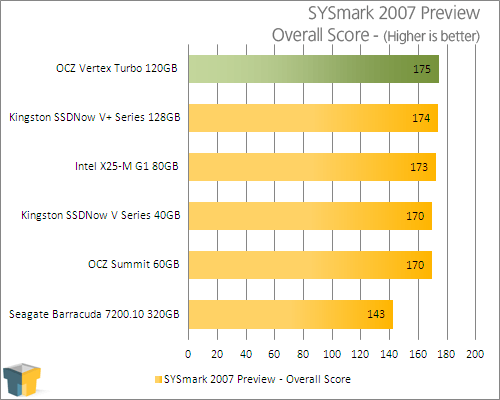 SYSmark’s exhaustive battery of recorded real-world usage tests is an important factor when trying to gauge drive performance. According to BAPCo, differences of 3 points in the final scoring should be considered meaningful. Given the age of this test suite, the “Preview” part of the benchmark’s name however, is not.

While our test system appears to be hindering these drives from pulling away from each other in the individual tests, it is clear the traditional platter hard drive still has no hope of keeping up. As if to prove a point, the OCZ Vertex Turbo edges out the pack by a single point in the overall results.