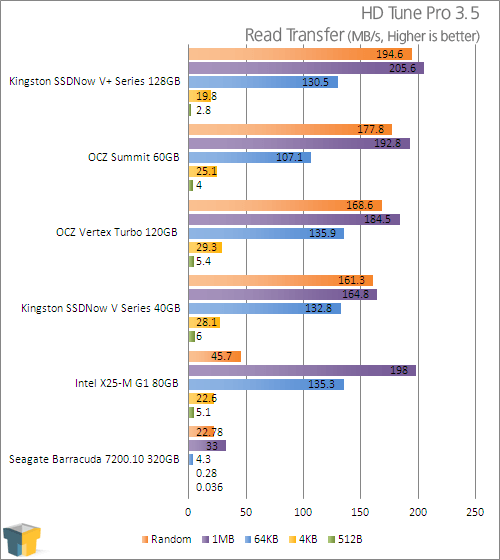 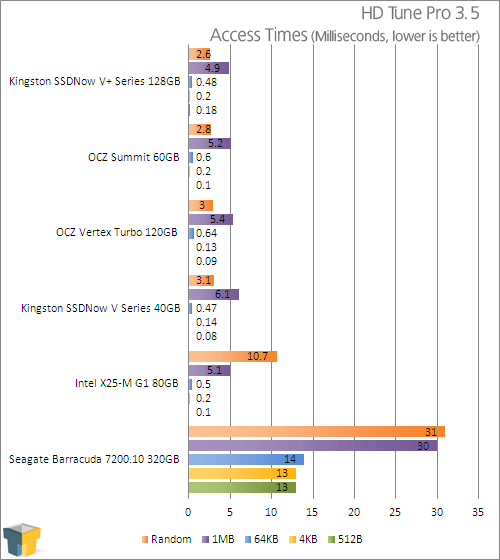 The Vertex’s performance here is solid, offering anywhere from near to better performance across all five categories without any single weak point, as opposed to most other drives here. Yet again we show access times as these are the hallmark of solid-state drives, and I can’t underscore this point enough. The dirty state of the G1 leaves it with a particularly unfriendly showing here, but even the G1 and other SSDs all put in results an order of magnitude better than the platter-based drive with small file reads. 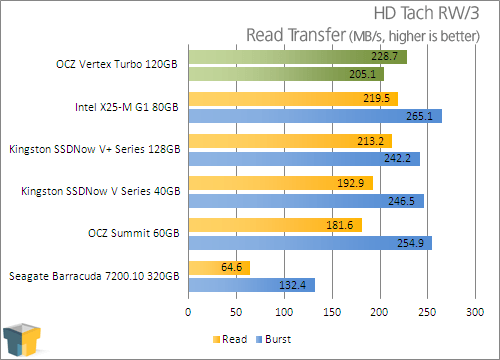 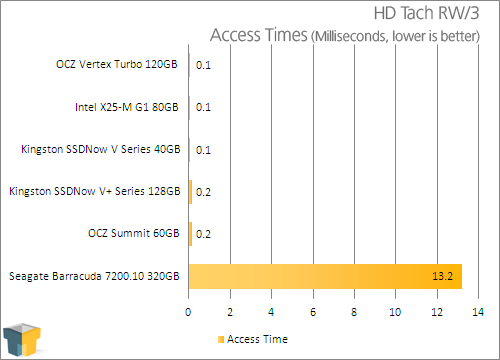 HD Tach is another program designed to measure platter-based drives (hence the downward curve in the image) but is capable of measuring access times below 0.1ms if the platform is capable of it. Have we mentioned access times enough yet? In any event, the Vertex delivers the highest read results in this program. Oddly the burst results are lower than the average read results, which tells us this program’s burst measurements don’t work right with this drive.