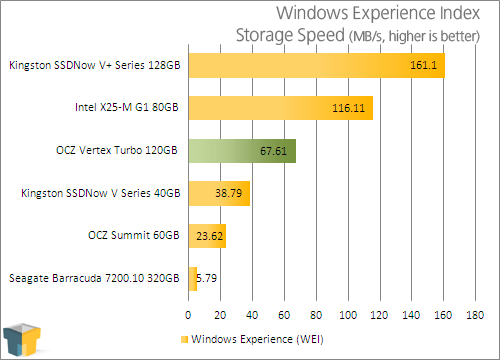 The Vertex doesn’t perform quite as spectacularly in this test and falls safely within the middle of the range of results. 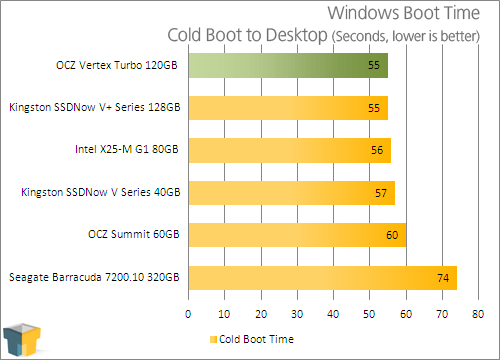 Not much has to be said here. Both the V+ and Vertex tied each other once again. 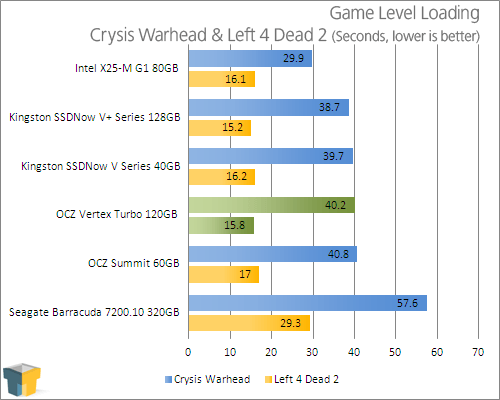 Intel’s G1 SSD still reigns at the top in Crysis, but the Vertex performs with the best in both game load tests. Nonetheless any SSD shows a clear advantage over the mechanical hard drive in these game loading tests.