A Notch Above: OnePlus 6 Review

The hottest phone of the summer might just be OnePlus’ latest flagship, the aptly named OnePlus 6. It deserves the top spot on that list for a number of reasons: it offers a lot of features for the price (including advanced slo-mo and 4K/60 video capture), and boasts the most eye-catching design the company has ever released.

Ahead of the OnePlus 6 launch, the company sent out units to a number of people to take photos and begin showing the world what the new device could manage. With dual Sony sensors and optical image stabilization, the cameras on the OnePlus 6 are definitely capable, but will still be outperformed by more expensive competition, such as the Huawei P20 Pro, Google Pixel 2, Samsung Galaxy S9, and of course, the iPhone 8 or X.

I am not a camera expert, though I am quickly starting to become more and more fussy with them, largely fueled by the fact that as much as I’ve loved OnePlus’ phones, the cameras have left a bit to be desired. There seemed to be great hope with the 2x optical zoom camera on the OP5, which was unceremoniously removed from the 5T. That said, while I once thought the 2x optical would be important, the quality seen on both the 5T and 6 without it has been very impressive to me. I’d still love optical zooms, because optical is always going to beat out digital, but it’s not too important.

Compared to the 5T, I found that the 6 delivered slightly better images, but I’ll be completely honest in saying that the differences in no way felt dramatic. In some cases, lighting was slightly improved in spots, and other shots may have appeared slightly more detailed. In talking to friends who are also using the OnePlus 6, they seem more impressed than I am with the upgrade (over OP5/5T), but they are also much more skilled at taking great mobile shots than I am (I’ll get there).

The most notable addition to the camera on the OnePlus 6 is its ability to shoot slow-motion video, an awesome fad that seems to be catching on quick. You can capture up to 480 FPS at 720p, or 240 FPS at 1080p. Because of the processing power involved, slo-mo video can only be captured in 1-minute fragments, and tying into that, the phone will get noticeably warm with this kind of recording, something else that might have something to do with the 1-minute bursts.

The above is a quick test capture I did with some water on a bright day – almost too bright. Nonetheless, the point gets across here: slo-mo looks good, and with practice, and patience, you’ll be able to capture some really sweet footage.

While 1 minute is the limit for slo-mo video, 4K/60 can be captured at up to 5 minutes, while 4K/30 caps at 10 minutes. Everything under 4K can be captured for as long as your storage space allows.

The move from Snapdragon 835 to 845 on the OnePlus 6 might imply minor performance gains, but thanks to the bump of the Adreno chip from 540 to 630, there are actually some significant improvements here. Interestingly, both the 540 and 630 graphics chips sport 256 ALUs, the same clock speed (710MHz), and are built on a 10nm process. Yet, somehow, the 630’s improved IPC is made obvious in the benchmarks.

Looking at the physics 3DMark test, which is entirely CPU-bound, we see a gain in performance of 10%, an increase shared by the Work 2.0 PCMark test. With GeekBench, also CPU-bound, the single-thread test performed 24% better on the OnePlus 6, while the multi-threaded performance jumped 34%. These are all significant gains for a mere generation advance.

On the GPU front, the test in 3DMark and also VRMark highlight a 34~40% increase in GPU performance, which exceeds Qualcomm’s own 30% projection. With GFXBench Car Chase and Manhattan, even greater gains can be seen – and bear in mind, these results are from a fresh round of testing, which included multiple runs.

An interesting result is with the just-released Basemark GPU test, which saw a much larger gain in OpenGL than Vulkan performance. The change from Adreno 540 to 630 definitely brought about some interesting changes, but overall, they are great for the consumer. It’d be nice to see stronger Vulkan performance overall, but the fact it’s getting better is what’s really important. 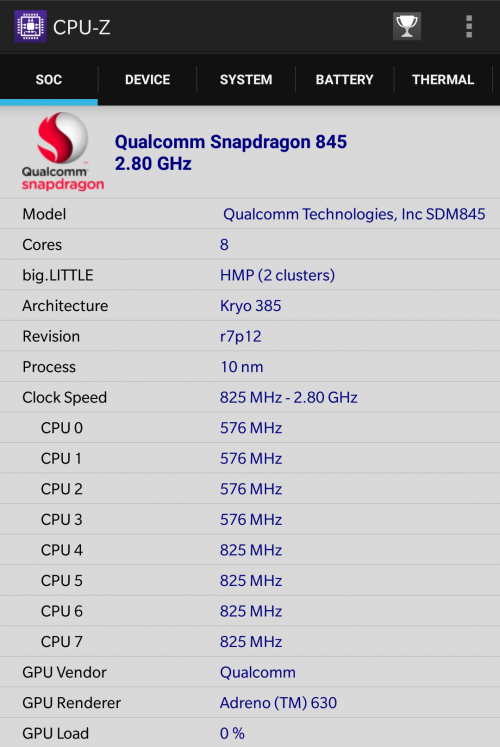 From a real-world performance standpoint, I couldn’t tell you if this phone performed any faster than the OnePlus 3, because to me, the OP3’s performance never held anything back, and even a year after using the phone, the OS didn’t slow down. A 50% CPU IPC boost might make noticeable improvements, but ~10% ones are not. And as far as that goes, if certain interactions are already seemingly instant, the faster hardware is not going to be immediately noticeable. Where the extra performance prowess will come in is through gaming, multi-tasking, and heavier workloads, such as photo and video editing. 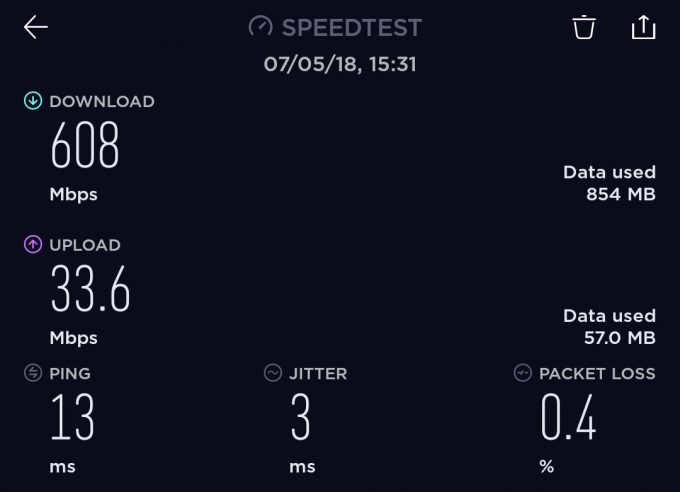 The only aspect of the OP6’s performance I’d improve is the speed at which the camera becomes available. There’s a gesture available on the phone that lets you take a photo as soon as the camera is activated by the power double-tap function, and the slow load time may very-well be why. I never like to be so impatient that a camera taking 2-3 seconds to load is a problem, but if you’re hoping for a seriously quick shot, that load time matters. Of course… do I want instant camera to reduce battery? It’d be nice to at least have the option.

Also, tying into the Speedtest.net shot above a little bit, I have found the Wi-Fi performance to be better on the OP6 than any other device I’ve tested. That’s not so much about Speedtest.net values, but instead real-world performance transfers. Usually, I’ll be lucky to get 2MB/s out of a Wi-Fi transfer (through ES File Explorer), but copying something from my NAS to my phone happens at about 13-15MB/s.

I have more experience with OnePlus’ phones than any other vendor, and as I’ve come to like them quite a bit, I feel a bit anxious ahead of the next launch, in case the new phone somehow doesn’t live up to the hype as the previous ones have. Fortunately, OnePlus has kept a simple but effective cadence, and delivers a quality phone for its price-point; definitely the “one to beat”. 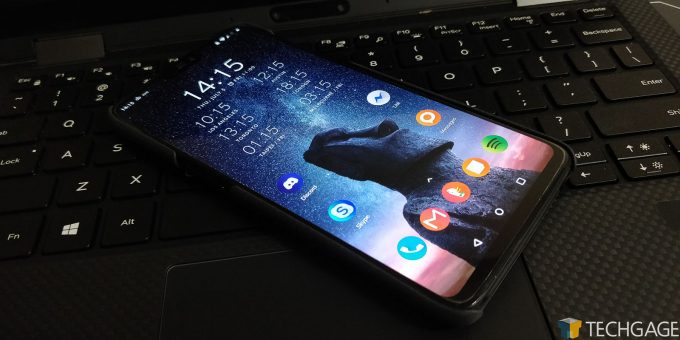 I believe that the OnePlus 6 is probably the best OnePlus made to date, performance and the like aside, but that doesn’t mean it’s doing everything right. However, most of my complaints have been rather petty, which is ultimately a good thing. I barely feel right even calling them complaints, because having a notch seems so unimportant at this point, and the lack of a finger print gesture is not going to be a deal-breaker for most people (including me).

Major additions to the OP6 over the previous phones, including the 5T, is super slo-mo mode, and also the ability to record at 4K/60. Both additions are great as far as I am concerned, and the end result is more impressive than I expected. That’s even with fast-moving footage, but the slower, the better, if you want auto-focus to do its thing well. While I could harp on the notch more, I’d rather praise OnePlus for retaining the audio jack this generation, and for doing the same with the dual-SIM. These are two features I personally rely on a lot, and given the choice, I’d rather have a notch than a lack of an audio jack.

Ultimately, if you’ve liked what OnePlus has offered before, then you’re going to like what’s available with the OnePlus 6. If you’ve never owned a OnePlus before, but the OP6 has your interest piqued, you’re in for a great experience with the company’s latest and greatest.