Techgage doesn’t typically review home theater products â€“ we’re styled mainly as a PC technology site, so from the start I was intrigued by the possibility of reviewing a product from a different category of consumer electronics, especially since speakers in particular are kind of my thing. So when three hefty boxes from ORB Audio showed up, it certainly kicked my day up a notch.

The biggest box was also the heaviest, so I assumed it contained the subwoofer. Another large but substantially lighter box and a smaller and even lighter box arrived, though the smaller of those two boxes contained samples of each of ORB Audio’s different available finishes, both painted and clear. 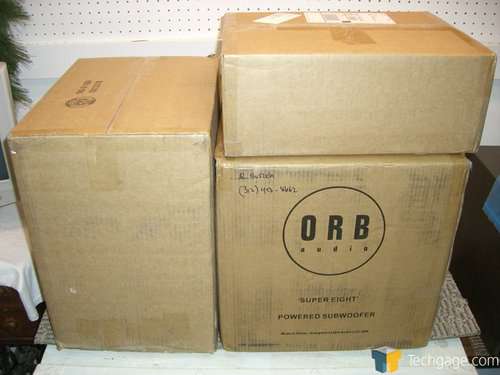 I’ve got a thing for high-quality subwoofers. In my opinion, you just don’t get the whole audio experience if there isn’t plenty of deep, clean bass, so I’ve developed quite an appreciation for beefy woofers, gaping reflex ports, and powerful amplifiers, the things that make a serious sub. Naturally, I opened the subwoofer’s shipping carton first. 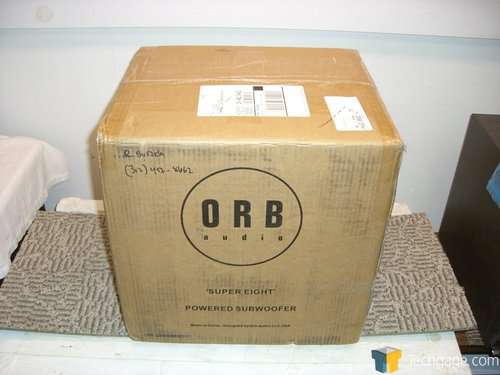 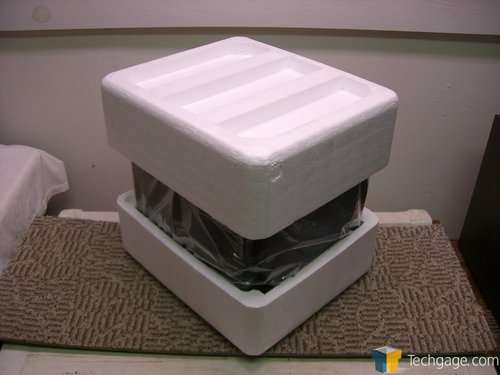 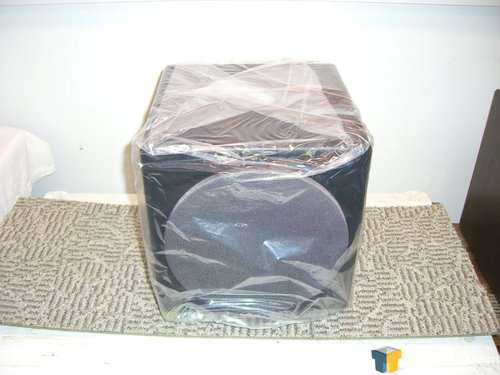 The ORB Audio Super Eight subwoofer’s box only includes the subwoofer itself, with its hard-wired power cord. The sub is wrapped in a plastic bag to protect it from cardboard dust, while its ends are encased in Styrofoam to prevent crushing of the box. The box containing the sub is the largest and heaviest of the three boxes, but I had no difficulty in lifting it. Still, I began to dread the thought of having to ship the system back to Orb upon completion of the review.

The second box contained the spherical ORB speakers themselves, as well as the BOSS stainless-steel stands, an option that ORB Audio included with my review sample. The BOSS stands were packed in pairs in bubble wrap in smaller cardboard boxes. The orbs themselves were packed neatly in custom-cut open-cell foam and individual plastic bags â€“ the royal treatment. Of course, for a business that does all their business online, top-notch packing is a must. I’d like to see UPS put a scratch on these. 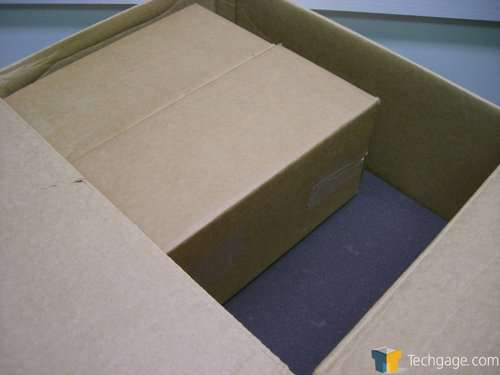 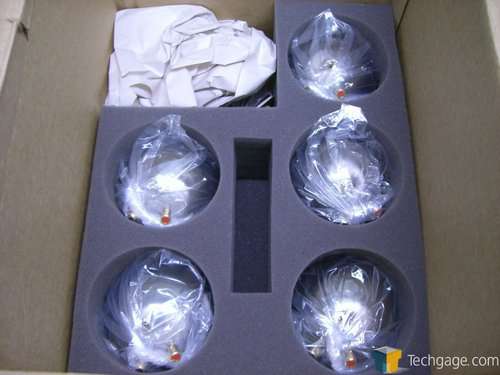 The ORB speakers arrived in perfect condition, however I did notice a flaw in two of the BOSS vertical speaker stands â€“ while three of the stands were perfectly straight, one of them leaned slightly forward, and another leaned slightly backward. It’s a subtle deviation, but noticeable when the stands are placed side by side. 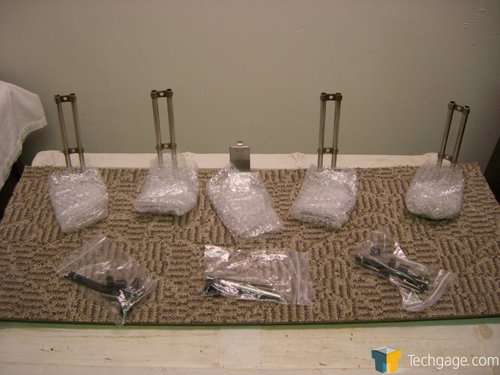 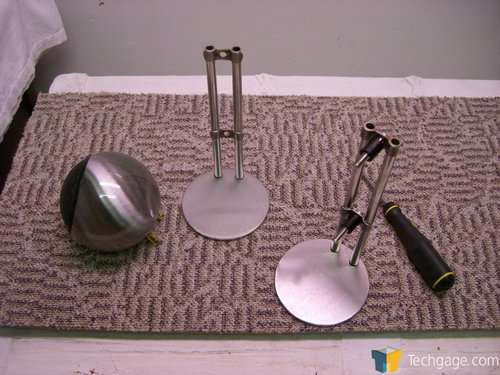 As you’ve probably guessed by now, some assembly is required. This isn’t rocket science â€“ each sphere has a threaded insert at the rear, which is fastened to the stands using the included hardware. You’ll only need a flat-blade screwdriver to perform the assembly. 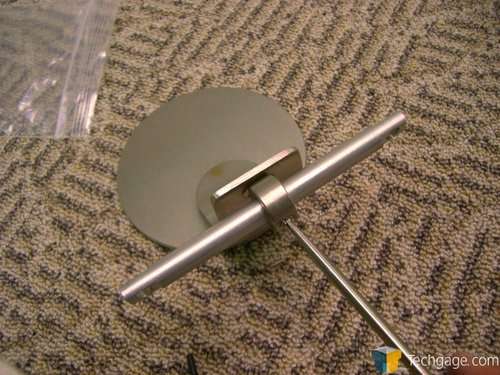 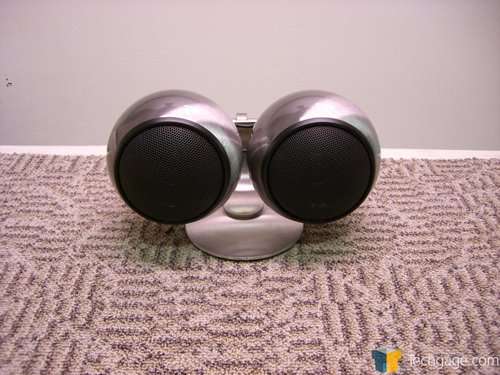 The Mod2 Center Channel speaker uses a BOSS horizontally-oriented stand, which has an adjustable tilt function that’s locked in place by a setscrew. If you order the BOSS stands as an upgrade, be sure to order four vertical BOSS stands and one horizontal, unless you prefer having a vertical center channel as well.

So what do you get if you didn’t order the upgraded BOSS stainless-steel stands? The normal stands simply feature painted steel construction, and are somewhat less substantial, but you won’t likely experience any sonic differences. The BOSS stands are much more aesthetically appealing, however. The appearance of the ORBs themselves reminds me of eyeballs. I’m not sure if I’m completely sold on their design â€“ I felt like I was being studied closely throughout testing by the ocular forms placed around my room.

The third carton ORB Audio shipped to me contained samples of the other finishes ORB offers. There’s also glossy painted black and white spheres (which are really completely white, grilles and all, if your décor calls for it), and a sample of ORB’s hand-antiqued bronze finish. Like the polished steel finish of my review sample, the hand-antiqued bronze finish carries an extra charge over the painted finishes.

Next, let’s take a closer look at the features and design of the ORB Audio Mod2 system.