With all five ORB Audio Mod2 satellite speakers assembled and the Super Eight unpacked, I quickly set about connecting them to my home theater setup. These are passive (un-powered) speakers, which means you’ll need a home theater receiver or integrated amplifier in order to use them. Here’s a list of the gear I used in the system: 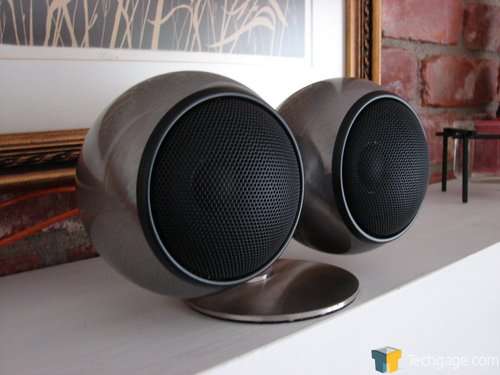 The room was 16′ deep by 12′ wide and both carpeted and furnished. I spaced the front satellites 8 feet apart, and placed the center channel equidistant from either front satellite speaker. The rear satellites were five feet apart on a small shelving unit. Before conducting any listening, I used the Harman/Kardon receiver’s EzSet function to ensure that the levels were matched and that the delay times were properly set.

The EzSet function accurately measured the distance from the front three speakers to the listening position as 11 feet, and the distance from the listening position to the rear satellite speakers as 6 feet. The receiver also selected a 150Hz crossover frequency between the subwoofer and the satellite speakers. With everything perfectly calibrated, the ORBs watched with unblinking interest as I popped in the first piece of testing material.

Twentieth Century Fox’s Eragon (2007) is a movie adaptation of the first book of Christopher Paolini’s Inheritance trilogy, and while it wasn’t particularly well received by the critics, it offers a broad selection of sound effects, ranging from soft rustling leaves and grass to room-rocking explosions of flame, and plenty of rumbling and pant-leg-waffling tone bursts. Simply speaking, it’s a top-notch film for testing purposes. 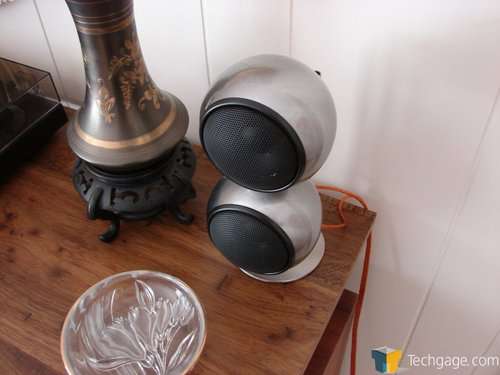 The Mod2s’ full range drivers lent a smooth, natural character to the sound, even when driven hard. Through the quieter passages, subtle ambient sounds were rendered clearly, though in the more boisterous, action-filled passages, the Orbs did not become strident or harsh, even when played at levels that nearly drove me out of the room. Though the treble was slightly lacking in detail (typical of full-range drivers), it did not sound as though the upper octaves were missing.

When compared to my own multi-way main speakers with separate dome tweeters, I could tell that the discrete tweeters had the edge over the Orbs in treble resolution and extension. For a design using unfiltered full-range drivers, however, the ORBs performed admirably. Their small size doesn’t prevent them from delivering a rich midrange, and some impression of midbass is even on order, a place where many small satellite speaker systems fall short. 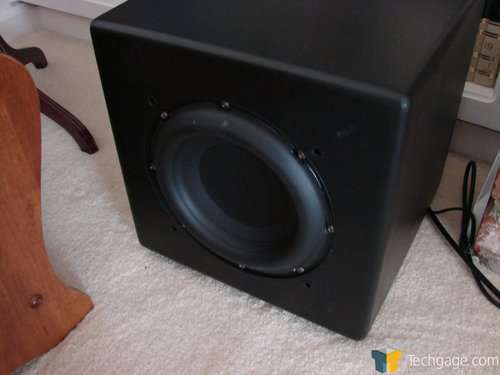 The Super Eight subwoofer handled most of the explosive sound effects in Eragon with aplomb, demonstrating the high-excursion 8″ driver’s ability to move lots of air. However, some of the more intense sound effects proved to be too much for the Super Eight at the volume levels I chose to test the system at.

Even as the satellite speakers remained clean and clear, enormous room-shaking bursts of low-frequency energy caused the woofer to be overdriven, creating a nasty ‘wubba-wubba’ sound, the sound of a woofer in distress. The Super Eight could benefit from a 20 Hz subsonic filter circuit, to prevent it from wasting its power on frequencies too low to be reproduced at high volume levels. 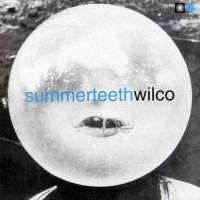 To test the ORBs with music, I selected Wilco’s Summerteeth album, which serves up a variety of sonic textures. Summerteeth is a veritable sonic sampler plate, with a broad range of musical styles, acoustic and electric instruments, and tastefully-done post-processing effects. In the first track, “Can’t Stand It,” it was easy to pick out the instruments that had effects applied to them and distinguish them from those that didn’t, instead of a mishmash.

The ORBs had a rich, detailed sound that maintained balance and fullness even at high levels, while the subwoofer lent a balanced (if slightly loose) low end that complimented the sound of the rest of the system. Track 3, “Shot in the Arm,” was both rendered with clarity and delivered with power, even at scary levels. I’m still amazed at how much sound came out of these tiny speakers â€“ they’re remarkably efficient. 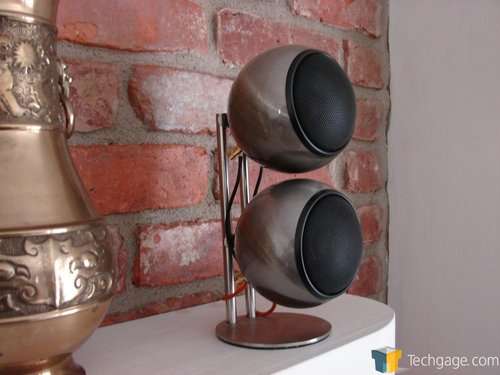 One thing that speakers with full-range drivers do well is “imaging” â€“ the ability to create an expansive field of sound, with sound sources accurately placed within it. Since there are no passive crossovers to create phase-shift and time-domain alignment problems, full-range drivers are inherently phase-coherent.

The multichannel mixes of the music plated during the credits of Eragon showcased these speakers’ ability to produce a panoramic soundstage with instrumental sounds seeming to originate from beyond the space between the left and right loudspeakers themselves. While listening to Wilco’s Summerteeth, I had to convince myself that indeed nothing was coming out of the center channel speaker â€“ since the lead singer’s voice seemed to come from directly between the front left and right satellite speakers.

With well-recorded music, the ORB Audio system began to show its few flaws and shortcomings. I began to miss the level of treble detail that a discrete tweeter can provide, and the lack of midbass (due to the steel spheres’ relatively small interior volume) still deprived the ORBs of some warmth and fullness. Another thing I noticed with music was a slightly cupped coloration in the midrange. However, I feel these shortcomings are so slight that they aren’t likely to interfere at all with your enjoyment of the ORBs.