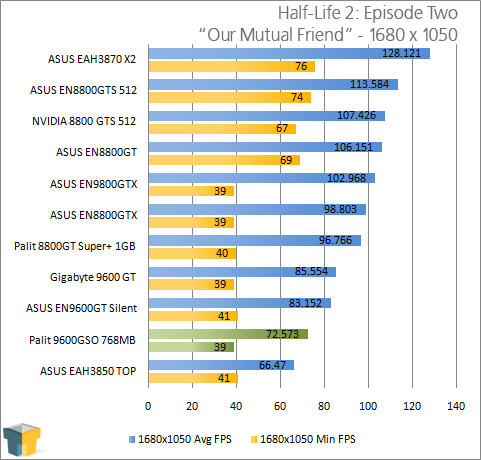 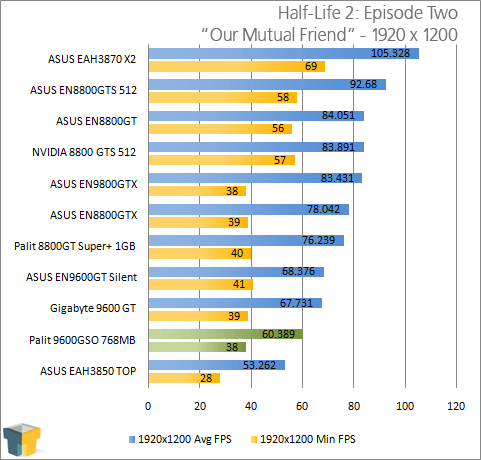 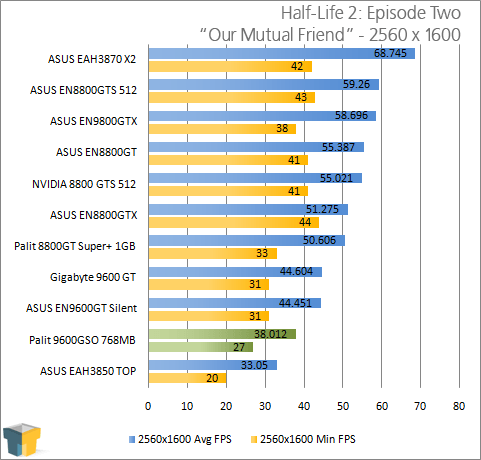 Half-Life doesn’t show any favoritism, and our results prove that higher frequencies is what the game is after. The higher amount of stream processors and extra memory didn’t help the GSO take the lead anywhere here.