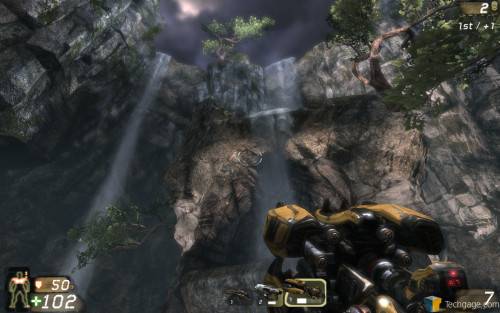 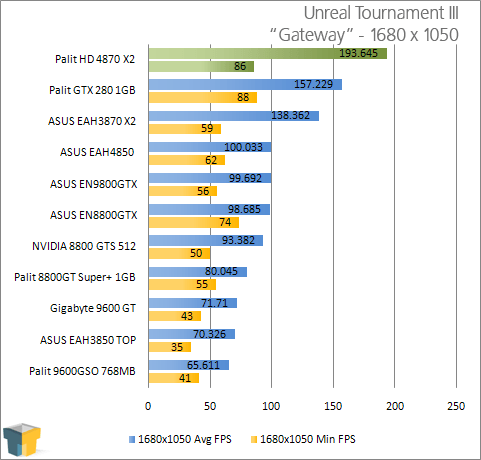 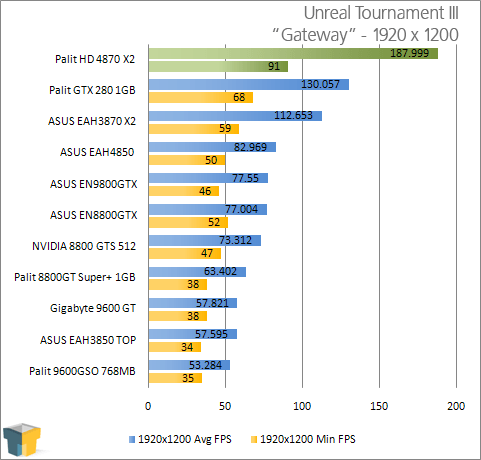 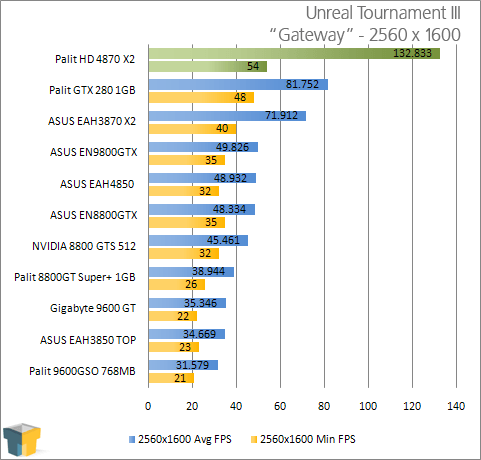 The tradition continues with our UT III results. I’ll argue that this game doesn’t need ultra-high frame rates to remain playable, and anything around 60FPS is going to give you nice gameplay. But anything higher makes the game even more fluid, and the differences seen between our top two cards is, to sound redundant, incredible.

I don’t recall a time in GPU history when we’ve seen such a rapid progression of things. The 9800 GTX only came out in the spring, and months later the GTX 280 came and trumped it. A month later, ATI demands respect, and they certainly have it.