3DMark doesn’t need to be explained to most anyone, because if you’ve been benchmarking or PC gaming for a while, you have no doubt heard of Futuremark and their tools. Vantage is the newest of the bunch, and its tests are as hardcore as they come. The benchmark properly stresses a GPU, and spits out an overall score for you to munch on.

The overall use of these scores is constantly debated, because real gameplay matters far more than canned benchmarks. However, they are still fun to use for the sake of competition. In no way should they be the sole factor of your GPU purchasing decision, however. 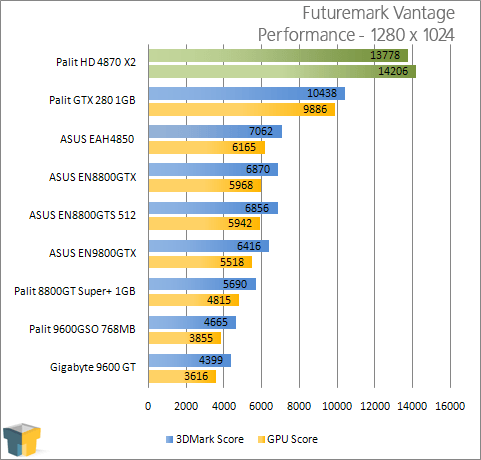 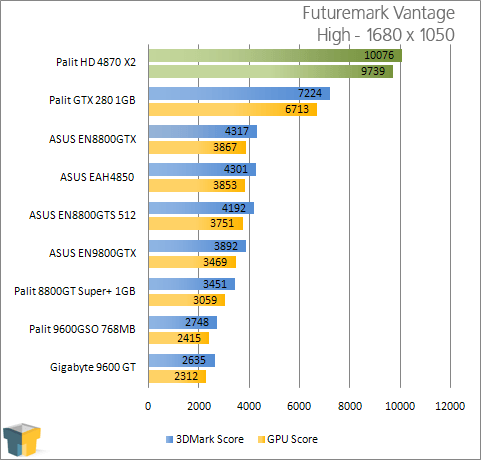 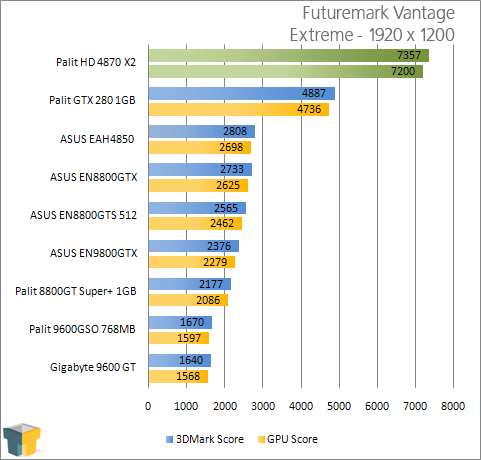 NVIDIA’s GTX 280 became the first card in our lineup to break through the P10,000 barrier, but the HD 4870 X2 again pushed things much, much further. Interestingly, this is also the first card to score a higher GPU Score than the 3DMark Overall Score.

Although the first two graphs show higher numbers, the last one really shows what the card is capable of at higher resolutions, under certain circumstances. Our HD 4870 X2 scored just over 50% higher than the GTX 280, so for all your time demo-running fun, ATI’s latest card is definitely the way to go.