With each day that passes, technology is working to completely free us from the shackles that bind us to our desk. Technology has also taken the items we use every single day and made them small enough to carry around with us at all times. From phones to computers, we are to a point where we can carry them with us everywhere we go. From our email to spreadsheets, the joining of these two devices has launched us into the age of the smartphone.

Today we are working with the Treo 700w from Palm. Long known for their Pilot PDAs and their Treo line of smartphones, itâ€™s safe to say that Palm has had their share of success in the mobile market. The 700 series is the first Palm smartphone to use an operating system other than Palm OS. The Treo we will be working with today is running Windows Mobile 5.0, Microsoftâ€™s latest OS for the mobile community.

Can the Treo 700w give me that office in my pocket feel? Since it is a phone and a computer, how well does it act as both? While no one will by this smartphone for the phone itself, it is an important part of the entire package. How well does Windows Mobile 5.0 work and will it allow us to do what we need to on the Treo? With all these questions in mind, letâ€™s find out.

What is a Smartphone?

Before we get too involved in this review, I would like to take the time to describe what a smartphone is. There are many different criteria that need to be met in order to consider a phone a â€œsmartphone.â€ The basic explanation is to imagine a PDA that allows the users to place phone calls through a cellular service provider. This is a somewhat sticky explanation because in one way or another because most all cell phones today have some form of PDA functionality such as contact lists phonebooks and calendars.

While these are certainly handy features to have, they donâ€™t exactly make your Motorola RAZR a smartphone. To me, a smartphone would be a miniature computer of sorts. Something that allows me to send and receive email, allows me to sync it with my PC at home or at work, it must have a QWERTY keyboard to ease the messaging process and perhaps it would have a camera. I would also like to be able to install programs either onto the device itself or onto a flash card and to install anything onto a flash card; the phone would have to have expandable memory. These are all things that I would look for in a phone to classify it as a smartphone. 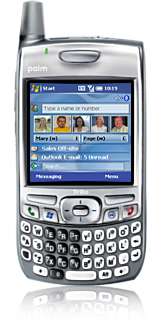 Each of these operating systems has their own advantages and disadvantages, just like any OS on the desktop market. I personally have only worked with the Palm OS and in this review, Windows Mobile. Most users will be able to recognize, for the most part, the ins and outs of working with Windows Mobile and in my experience with Palm; the OS is straight forward and relatively easy to work with. I have no doubts that Linux and Symbian are the same for users who work with phones that run these operating systems.

The Treo 700w came to us in a humble white box that included in the kit, as well as all of the items that ship with the retail Treo. The contents are packaged safely and securely in a molded plastic casing, virtually guaranteeing that it will make its way to you safe and sound. 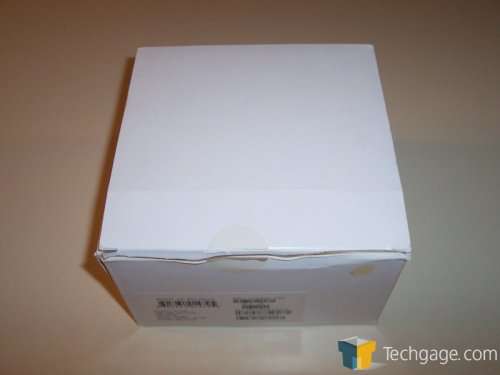 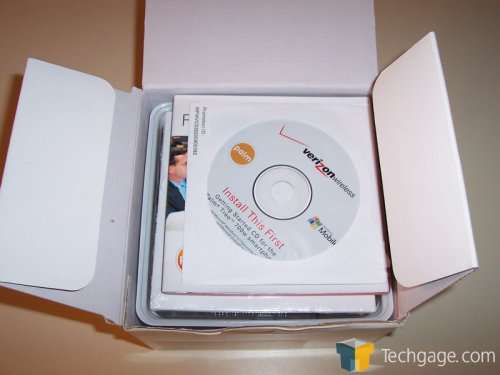 Once we have everything laid out, we see the USB Sync cable to connect your PC and your Treo, the manual, warranty information, a getting started guide, driver and program disks, a hands free set and the phone itself. No bells, no whistles, just the essentials to get you going right out of the box. 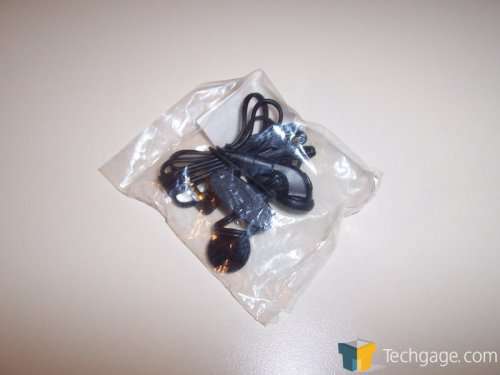 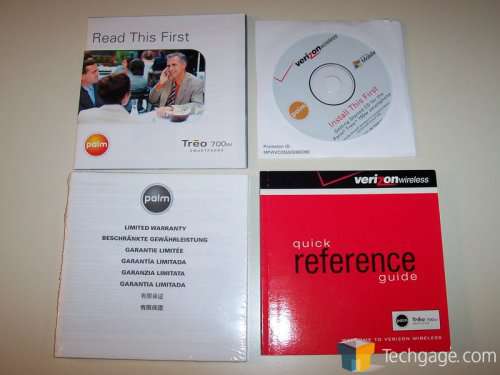 Once we have the phone out, we see itâ€™s a decently sized. With a full 240×240, 65K color screen and a full QWERTY keyboard underneath, the Treo is a beautifully designed smartphone. 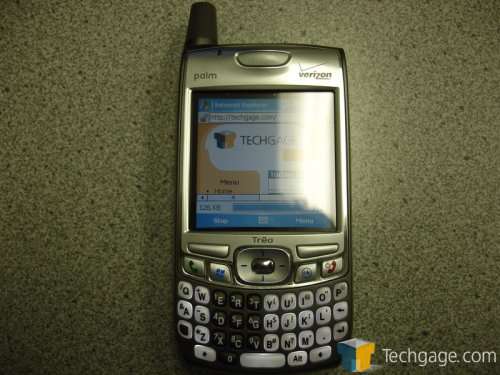 A closer look at the front of the Treoâ€™s keyboard shows a designated number pad that will display numbers when calling and letters when writing. We see the send button with its green handset on the top. Next to it is the windows button. Pressing this, like on all keyboards, will bring up the start menu and all the included options (or drop down the start menu in the Treoâ€™s case.) In the middle of the Treo is the d-pad. With the center button in the middle of the d-pad, you can select anything on the screen that is highlighted, or activated. Think of this button as your double click button. Moving on to the right, there is an OK button. This button acts similar to the center button but is easier to get to if you are using the Treo with both hands. Finally, we get to the end call button. This is designated with a red handset and can also be used to turn the phone on and off.