by Tom Roeder on April 7, 2014 in Miscellaneous

Other features the P2 Pro boasts includes Advanced Driver Assistance System (ADAS), which includes stop and go alerts, LDWS (Lane Departure Warning System) and FCWS (Front Collision Warning System).  The unit also has a driver fatigue alarm that you can set to go off after a certain number of hours of driving.

Personally, I don’t care for any of these features, which by default are on.  They can easily be turned off, however, which is what I did. After every traffic light I stopped at, the device would beep at me as soon as the cars in front began to move. I noticed that these features did seem to work fairly well; maybe if you have a teenager driving on their own and you want to keep them safe, these features may appeal to you, but I found them gratuitous and annoying for my daily driving.

Recording video in very low light is always a problem.  Papago! employs a technology called WDS, or Wide Dynamic Range, which enhances night-time video recording.  While it isn’t quite worthy of shooting Hollywood quality night-time footage, it is certainly adequate for this application. 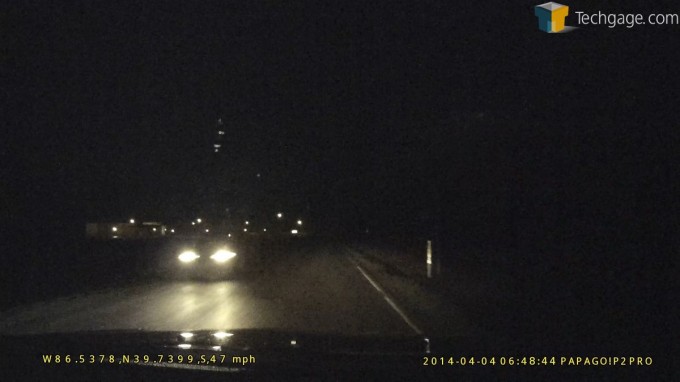 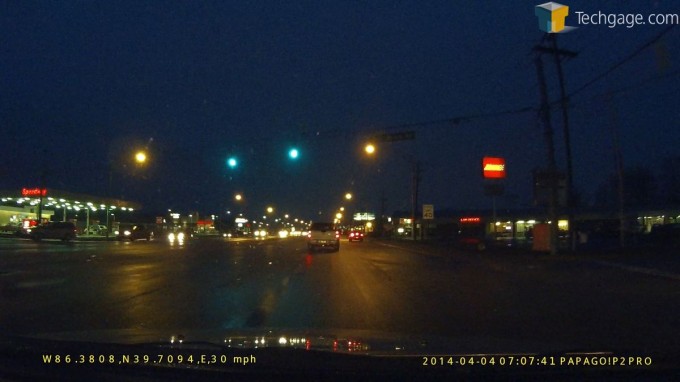 Driving with this P2 Pro quickly becomes second nature.  As when I got my first cell phone, I quickly realized how beneficial it was to have it.  The unit is small enough to not take up a lot of real estate on your windshield.  I would personally recommend having this unit professionally installed, though, as this unit features an auto on/off feature when your car is turned on or off, when it is wired to a switched power source.  Although, some may prefer to leave the camera running while you’re in the store or wherever else, in case something happens to your car, like the famous parking lot hit and run scenario.  For that reason, you may want to simply run the unit off your continuously-powered power point or cigar lighter so that you can manually switch it on or off. 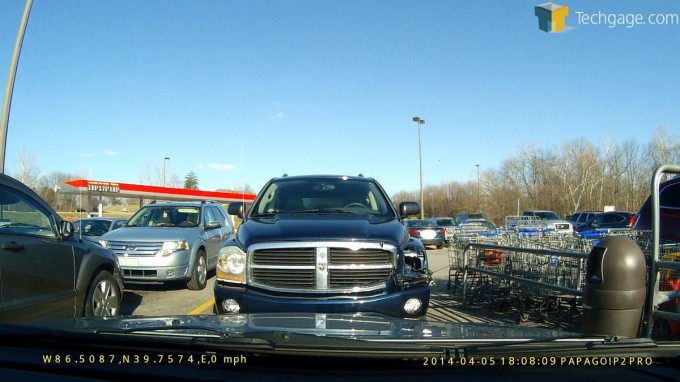 You don’t have to worry about that running your vehicle battery down, as the unit draws very little power.  If you are going to be in a store for a few hours, just let it record.  I would recommend turning the display off though, which you can easily do by pressing the “mode” button on the far right.  This way, a passerby won’t notice you have a dashcam recording. One press of the “mode” button will switch the display to your current speed; another press shows the time, and a third press will turn the display off.  If desired, the unit can also be configured to turn the display off after a certain amount of time. 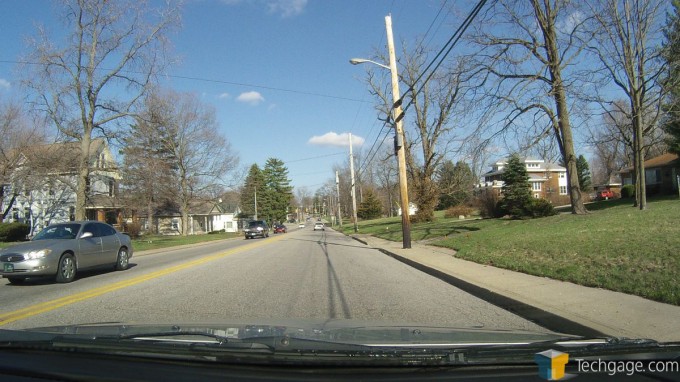 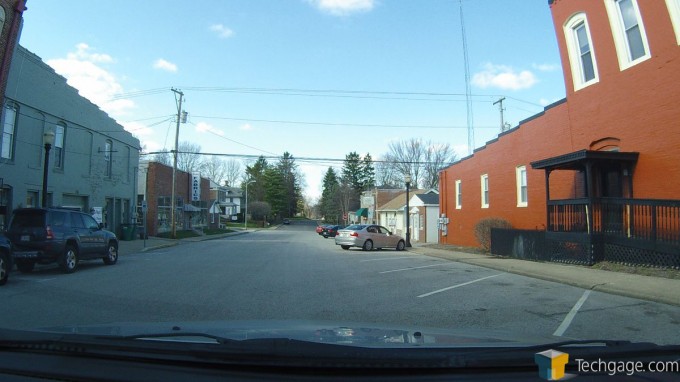 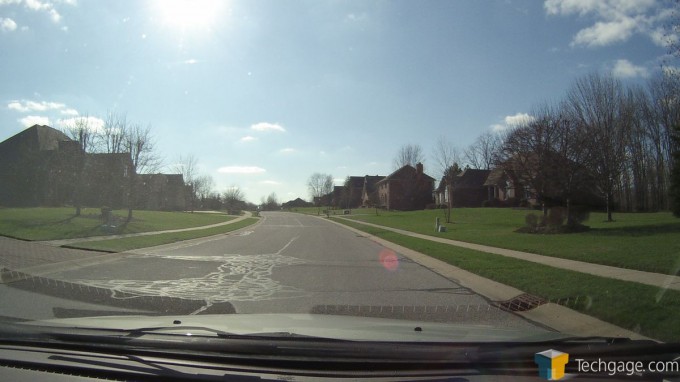 The Papago! P2 Pro also has a still camera shot feature as well.  I found this to be a great feature, as it takes brilliantly clear photos, as well as a three shot burst with one push of a button.  These images are saved in a separate folder on the SD card, and are in the universal JPEG format.

After the time I’ve spent with the P2 Pro so far, I’ve come to really enjoy it. Driving with it on a daily basis has made me realize just how beneficial something like this could be if an unfortunate accident were to happen and I had to prove my case.  Some auto insurance companies offer discounts if you have a dashcam in your vehicle, which is also worth bearing in mind.  That right there could be enough to pay for the dashcam after a short while.

There are a lot of bad drivers out there, and these days they are distracted more than ever.  Whether it is the mom with three kids in the back, or a teenager texting while driving, let’s face it: The roads can be a very dangerous place.  With the ambulance chasing, quick-to-sue society we live in, having a digital witness on your side could prove to be an invaluable asset.

For anyone debating on whether they should have a dashcam or not, I would advise you check out YouTube videos on driving in Russia.  Yikes, is all I have to say.