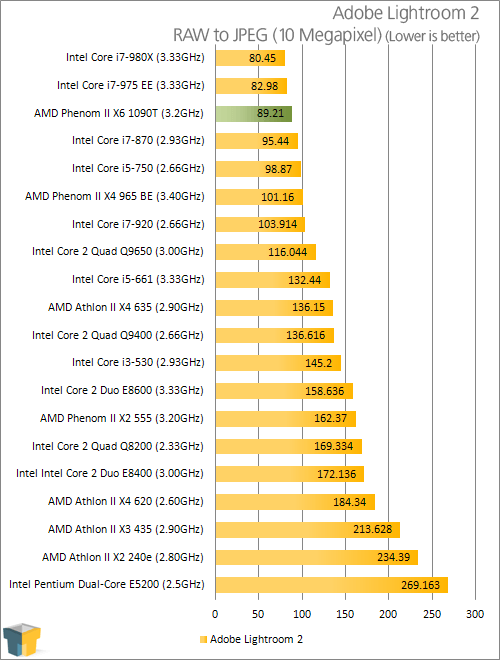 The tables have turned a bit here, as it’s the Core i7-870’s turn to outshine the 1090T. Still, the performance between those two processors is very, very close, while the price differences are huge.