Piracy to Blame for Falling Music Sales? I Don’t Think So

by Rob Williams on January 4, 2012 in Editorials & Interviews

The decline of music sales is a trend that’s showing no end in sight. The UK experienced a 6% drop in overall sales during 2011, and it should come as a surprise to no one that the blame is going straight to piracy. Given other recent trends, however, I feel there are many other (legal) reasons why this trend continues.

BPI, the UK’s version of the RIAA, has this week released sales figures for 2011 – and no surprise, there’s been a decline. Continuing a seven-year trend, album sales dropped 6% to settle in at 112.8 million total. According to a 2010 UK census, that amounts to 1.8 albums per person.

Despite this decline, the sales gap between digital and physical copies has tightened. Digital album sales saw an increase of 24% during 2011 for a total count of 26.6 million, while physical disc sales declined 13% to sit at 86.2 million. It’s clear that music listeners still prefer the physical disc, though trends show that the gap is likely to tighten further as time goes on.

There were a couple of other interesting trends also. First, the sale of singles has seen a growth for the fourth year in a row, with 2011’s 10% boost totalling 177.9 million. Second, songstress Adele contributed greatly to overall album sales, with her 21 album selling a total of 3.8 million. Add on the effect of this success to boost sales of her first album, 19 (placing fourth overall), and Adele was likely responsible for 5% or 6% of all albums sold in the UK during 2011. Had she not contributed in such a big way, the decline would have been even greater.

The third and least-important trend is that vinyl records saw a major sales increase of 43.7%, totalling 337,000. This continues a trend that goes back to at least 2007. If I had to guess, more than half of these are never played, but instead kept as collector’s items or hung on the wall. Either way, it’s great to see a resurgence of such a classic format. 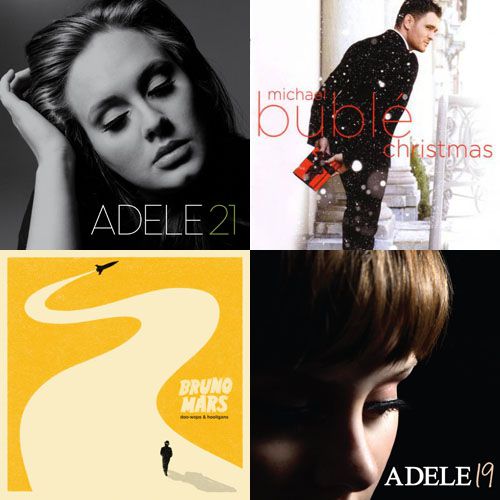 It should be mentioned that although these figures are specific to the UK, the US and other parts of the world have experienced similar declines in the past, so there’s little doubt that when the RIAA releases its own 2011 updates, the same themes are likely to occur.

This will not likely come as a surprise to anyone, but BPI blames the overall sales decline on piracy. Further, it blames the British government for “taking too long to act on piracy, while weakening copyright to the benefit of
US tech giants.” It can be assumed that the latter part refers to British music being made available for free on services like YouTube and others.

Further, it believes that it’s only getting harder to reach impressive sales numbers due to “chronic piracy”, and that “
Government action remains absolutely crucial for British artists and their labels.”

Like breathing, music isn’t something that ever goes out of style. People might put in more hours at work and spend more time with friends and family, but most of us still love music. So it’s hard to disagree with BPI that piracy is responsible for some of the decline, but I’m far from convinced that it’s responsible for most or all of it.

Our lives and how we live them is ever-changing. This applies to our tech use and even our music consumption. 10 years ago a lot of people made it a habit to run out and purchase the latest album every so often, but today’s landscape gives music fans a countless number of options that can lead them to purchasing less music, be it singles or albums.

The legalities of P2P are often debated, but the risk involved is ultra-clear. However, with it, people have been able to experience a song or number of songs before handing over $15 or more for an album. How I would have killed for an option like this while growing up, where a good chunk of my paper route money would go straight to music. It never felt great to purchase an album and then 75% of it not appeal to my tastes like the hit single did – and I’m sure not the only who suffered a fate like this.

But that’s just one scenario that could contribute to a sales decline. Another is the fact that many people just aren’t drawn to purchasing or owning a full album for various reasons. In the UK, sales of digital singles grew 209% between 2007 and 2011, while digital + physical albums dropped 18% during the same period. That trend suggests that an increasing number of people are more interested in purchasing singles rather than full albums – which of course will result in less revenue. Nevertheless, it still causes organizations such as BPI or the RIAA to urge governments to take stronger action against piracy (and with SOPA, the USA is on board). 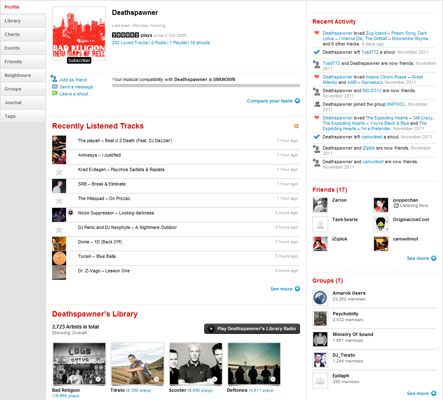 Consumers love their singles; we’ve established that. We can see services such as Spotify, Last.fm, Pandora and others offering singles and sometimes full albums to listeners for free. Each one of these services, among others, have enormous userbases – that has got to hurt potential sales, right?

Without getting into the complexities of ad revenues or premium accounts, it’s clear that services like these, especially in their free incarnations, had to have taken a dent out of the “piracy is the issue” claim, and ultimately revenue for record companies. Some of these services even allow you to pick and choose a track to listen to or offer the ultimate sale-killer: playlists.

And then… there’s YouTube. It’s hard to refute the impact on music sales this site must have. In a video posted to the site on New Year’s Day, clips of the top 100 videos on the site during 2011 in terms of raw viewcounts are shown. Of these, between 85 – 90 are music videos, and all of them have over 100,000,000 views. Videos in the top 9 have over 300,000,000 views, each. Are the people behind all these views purchasing the single or album? I am sure a chunk of them are, but because of the ease of both navigating and uploading to YouTube, most songs that someone might be looking for can be found there in seconds.

YouTube also allows you to create playlists. So, not only does someone have access to probably every song they want, but they can fine-tune their playlists to listen to whenever they’d like. This can be done for free, and it’s legal (legal to the point where you wouldn’t fear legal repercussions for watching a video on YouTube even if it’s taken down later). 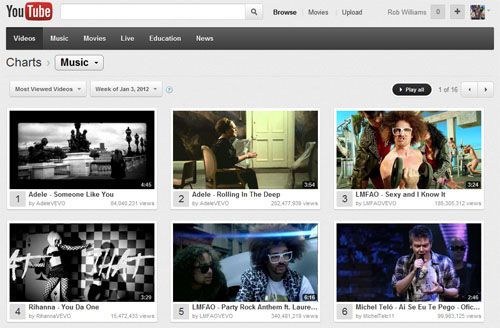 Even obscure music can be found on YouTube – for free

It might seem silly that people use a site like YouTube to listen to music, but many do. I have friends who have lots of different playlists for listening to music there, and even I on occasion head over to the site to listen to a song I don’t own. It’s convenient, and the same thing can be said about Spotify and similar services.

With trends like these, how is it that piracy can still be blamed for dropping sales? Millions are taking full advantages of such services, so it seems unlikely to me that piracy plays any sort of major role in a sales decline. Is there a need to pirate an entire album when all of the songs you want are conveniently available to you whenever you want them, legally? For a lot of people, especially mainstream listeners, “no” is going to be a common answer.

Not that there’s anything wrong with this. If it’s legal, and the recording industry still gets their required cut, then so be it. As mentioned earlier, things change. While the revenue stream for these record companies was at one time super-high, those trends were never bound to last forever given the ever-changing landscape. For a lot of people, it’s no secret that artists get mere pennies off of their album / single sales. Instead, it’s merchandise and shows that stuff their pockets. Perhaps this has a little something to do with things also.

It’s been clear for a while that piracy isn’t the biggest threat to music revenue, but rather the industry’s reluctance to adapt to consumer needs.