For as long as Techgage has been online, there has been a handful of applications that we’ve found to be invaluable to our operation, and of these, FRAPS might just top the list. The reason will be obvious to many of our readers… framerate recording. Because FRAPS exists, we’ve always been able to forego running timedemos for every game we test with, which is great, because we’ve always felt that manual benchmarking is far more relatable to a gamer than a timedemo could ever be.

As far as I’m aware, FRAPS remains the only application available that has the ability to not only monitor framerates, but generate reports for further review after the game is exited. The fact that it can do that is the reason it’s proven so useful to us, but understandably, the usefulness of FRAPS tends to be for different reasons to the typical end-user. The reason Beepa’s product has become so well-liked over the years has been thanks to its ability to record game video, and again, that’s one more area that’s had next-to-nothing for competition.

In addition to capturing game video, another common feature of FRAPS is screenshot captures. While most of today’s games have pre-defined hotkeys for accomplishing a simple screen capture. FRAPS made the process even easier by allowing you to use the same hotkey throughout every game. In addition, users were not stuck with the image format the developers chose, as FRAPS allowed saving images to JPG, BMP, PNG and even TGA.

With all FRAPS can do, I found it odd that its developer faced almost no competition. Trust me, I looked. In the past, I have downloaded various freeware applications that promised similar features, but I either ran into issues, or the programs just didn’t work that well, and lacked refinement. To FRAPS’ benefit, where the competition existed, the saying “you get what you pay for” couldn’t have been more true. 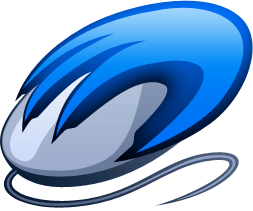 But, here we have PlayClaw, the first real competitor to FRAPS I have ever seen. Before I dive into the program and how it compares to FRAPS, I have to explain the reason I cared to look for an alternative at all. As well as FRAPS has served me over the years, I have never found it all too reliable for capturing game video. For lower-resolution video, the program is no problem, but for me, it’s 1080p or bust, and even when trying to record my old-school MMORPG, the lag was usually unbearable. On a high-end PC, I found that a bit strange.

FRAPS users who also try to record at 1920×1080 or similar resolutions will no doubt know what I’m talking about. In order to successfully record at such resolutions, conditions need to be perfect. Ideally, the PC has to be screaming fast, not only with a good processor and lots of RAM, but also with the fastest storage possible. Even then, results are never guaranteed.

Because of all this, it was with surprise when I first spotted PlayClaw. The website touts the ability to record video and stills without slowdown, thanks to the application’s multi-threaded nature. For me, this claim raised an interesting question. Is the reason FRAPS is problematic with recording high-resolution video due to the fact that the application is not multi-threaded? It might well be.

We’ll be tackling all of PlayClaw’s features on the following page, but to kick things off, I offer up a comparative shot of both PlayClaw and FRAPS. Right off, both look quite similar, and I’m willing to bet that even if someone took a look at both, and had no idea what they were for, they could at least figure out that they are competition to each other. The options, the layout… they’re not all too different.

Both applications share sub-menus for videos and screenshots, while the last menu on both similar features, but still differ quite a bit. For FRAPS, that menu is FPS, and as any user of the application knows, that’s the tab for benchmarking and also keeping a framerate counter up in the corner at all times.

For PlayClaw, the menu also includes the overlay for the framerate counter, but a lot more… yes, even more than what FRAPS offers. We’ll tackle all of that on the next page, along with other comparisons between the two applications.