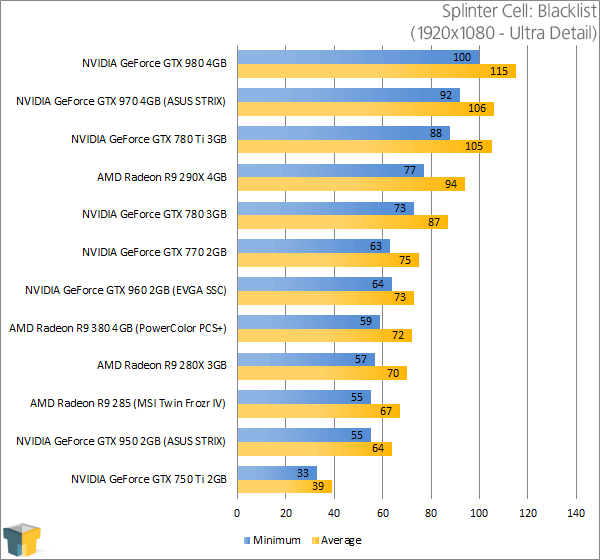 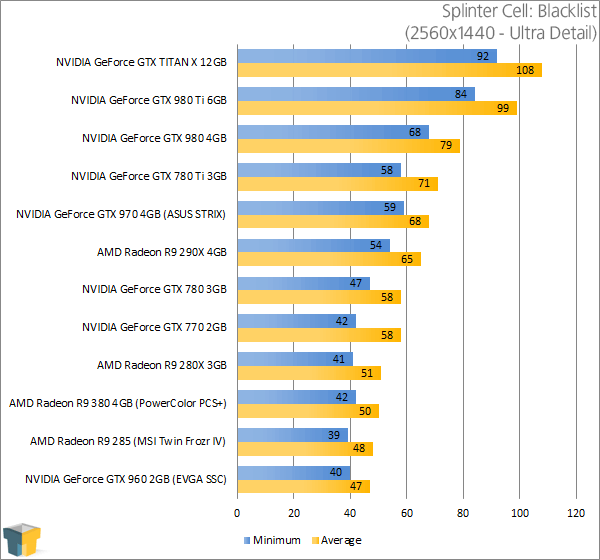 It’s almost hard to believe that Blacklist is actually a bit harder on a graphics card than some other titles I’ve tested with, but it can be. The big killer is ambient occlusion, so if you want to breach 60 FPS at 1440p, that’s the cull to make. 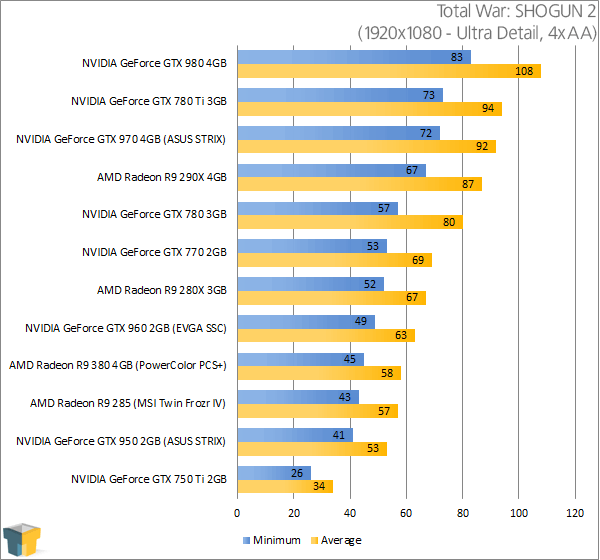 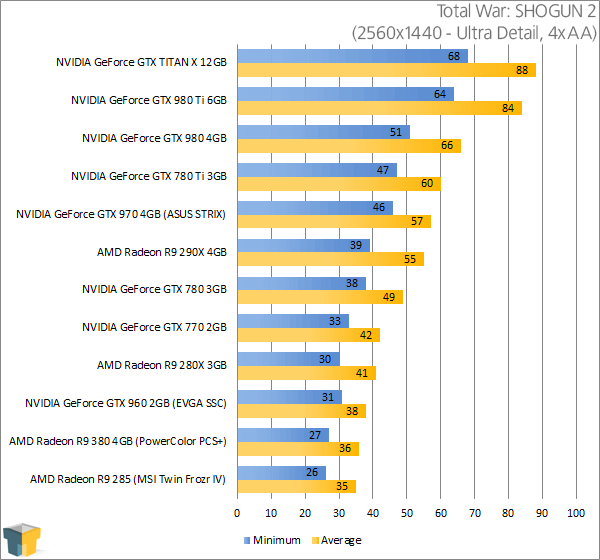 Wrapping up our test results is a bit of surprise. Here, the GTX 960 actually comes ahead of the R9 380.