When competing against the 6800GT, the X1600XT certainly doesn’t give up without a fight. When I first received the card, I expected performance similar to a 6600GT, but I was pleasantly surprised when I seen that it kept up to the bigger card quite well. Of course, nobody will really go out and purchase a 6800GT now, unless it’s used, but it shows just how well a ‘budget’ card can keep up to one of the top cards of early last year.

I was impressed with the card during most of the gaming runs. The card handled Half-Life 2 so well, I swore I must’ve been using one of my bigger cards. Even in games like Call of Duty 2, the frame rate was rather low, but the game still played like a dream. Serious Sam didn’t prove to be too much of a challenge for either card at the default settings, but again the game ran completely smooth without a hitch.

It’s games like Quake IV and AoE III that really can push hard on the card at 1280*1024. In each game, there is such a high level of detail, that the card just can’t handle the game to play that smoothly at the higher resolutions. If you were to judge the card on 3D Mark scores, the X1600XT scores averaged out at around 60% of what a 7800GT scores. That’s actually quite an accurate look, because the X1600XT is approximately 60% of the cost of a 7800GT.

To see the differences in image quality between the two cards tested, I used Half-Life 2: Lost Cost, Call of Duty 2 and Age of Empires 3. 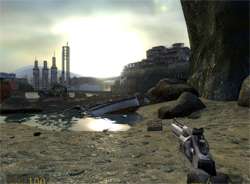 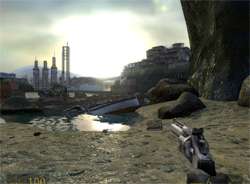 There are some immediate differences between the image quality in HL2: LC. On the NVIDIA, the HDR is a little too strong, and it affects some of the shadows on the landscape. They look sharper than they should. The ATI screenshot overall is a little less bright, but looks more natural. 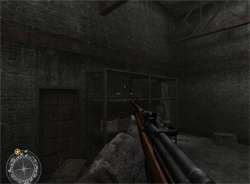 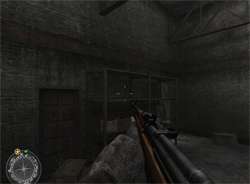 Once again, ATI improves the look of CoD 2 also. While the differences are not immediate, if you flicker between the two images you can easily see a difference between textures around the room. While one section of the wall looks great, it may be fuzzy right beside it. On the ATI version though, the textures are clean all around. 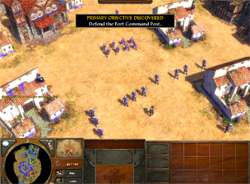 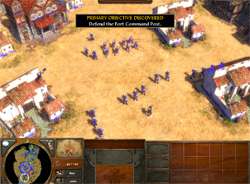 AoE III looks far better on the NVIDIA card. If you compare the rooftops, they are a lot brighter in the ATI version. Other details in the scene are more refined and cleaner looking in the NVIDIA version.

Let’s head right into our conclusions.