In the past two years there have been a few first person shooters that have been extremely well done. At a time when many people were getting tired of WWII based games, Infinity Ward comes along and blows us away with this. Yes, this game is amazing. The incredible audio and graphics certainly aide in helping CoD 2 become the game of year by many publications.

The level I played for this benchmark, was the first mission immediately following the tutorial. This is not due to laziness, but rather due to a fresh install of the game! The level begins you out with your team in a building which is also inhabited by Germans. You must chase after them and head through the field into the next building.

This is a very demanding game, but 4x AA was used in all tests. 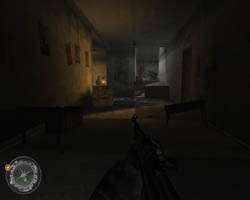 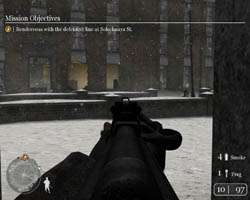 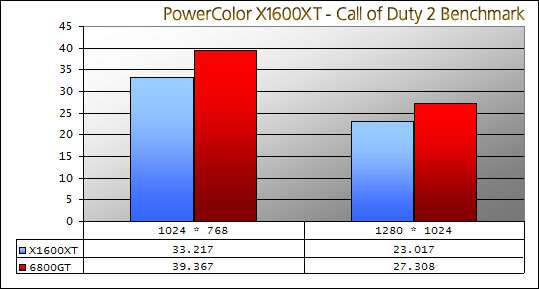 Call of Duty 2 is one of the few games out there that still play very well at a lower FPS. Even at 1280*1024, there is no way I could have realized the game was only running at 23FPS… it’s a very well programmed game. Either way, this is a demanding game and helped even out the gap between both cards here. Really though, looking at the scores, you’d think that the 6800GT could certainly do better than it did.

Next up on the agenda is our most serious benchmark yet.