Age of Empires III was highly anticipated, and didn’t disappoint upon launch. In the graphics department, it’s the most impressive RTS game on the market today. It was actually the first RTS game to implement HDR, although it doesn’t seem to make a huge difference in the levels that I have played.

The first level was the one I used for testing this time around. The level is simple… it begins you out with a few men and many enemies coming towards the fort raring to blow things up. Even though this is a small level, there is a lot of detail in the buildings, characters and HDR.

Surprisingly, AoE III can be a more demanding game than the previous ones we have benchmarked today. During these tests, default graphic settings were used, and AA was turned completely off. 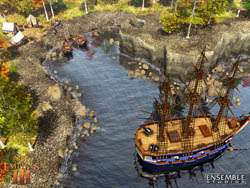 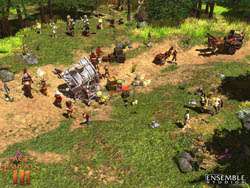 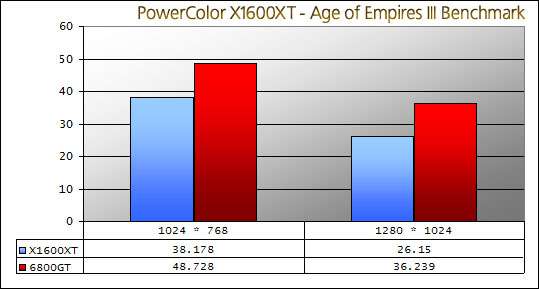 This is a very demanding game, with over 50 sprites on the screen during small battles. The detail level is very high, and and with the added HDR, it can make the game crawl in some areas. Like Quake IV, 1024*768 is going to be the preferred resolution here. While 1280 was playable, it became choppy in some areas. At 1024, the game flowed a lot better and played great. The 6800GT didn’t do that much better though.

Now that all the games are out of the way, let’s take a quick look at the loved/hated 3D Mark scores.