For this review, we are using an Intel Core 2 Duo based PC. For those that have paid attention, this is the same PC that we have used in many of the latest reviews. Its specs are:

To completely benchmark this card, we will be using a number of different programs, including synthetic benches such as Futuremark’s 3D Mark 2005 and 2006, as well as current popular games that any of us could be playing at any time. Since not all of us play first person shooters, the popular real time strategy Rise of Nations: Rise of Legends will be included in the testing as well. While there is a lot of preparation and work that goes into reviews such as this one, they are not completely boring. We do get to play with new hardware and I will admit, at times, after the bench was completed, I continued to play.

Obviously with 3D Mark, we run the tests and when they are completed, we are given a total score. We can also break down component performance as well and the entire process is made easier having all the data in one spot. For game benchmarks, we don’t have it so easy. Not to say that benchmarking games is difficult, but there is a little more involved than just running it and waiting. A few of our games have built in frames per second (FPS) commands built into them but to keep things congruent, FRAPS will be used to measure the FPS of each game in a 300 second (5 minutes) time frame. There will be no unnecessary programs running in the background to slow down the results.

Prior to each test, the hard drive will be defragmented using Diskeeper 10. The CPU will not be overclocked; neither will the rest of the PC. Now that we know what’s going on, let’s get into the benchmarking.

The Futuremark benchmark has been around for quite some time and with each new edition, we are all collectively humbled by the low scores we receive from the program. While the name has been around for a while, so have the benchmarks. In today’s testing, we are gong to be using the last 2 versions of 3D Mark, 2005 and 2006. Both editions are very similar but the latter makes good use of HDR (high dynamic range) to bring your PC even lower on its knees.

Both versions will be run at the same settings at 2 different resolutions. With the x1650 Pro being a ‘budget’ card, the two resolutions being ran will be 1024×768 and 1280×1024. All other setting will be set to default. This includes no AA or AF. 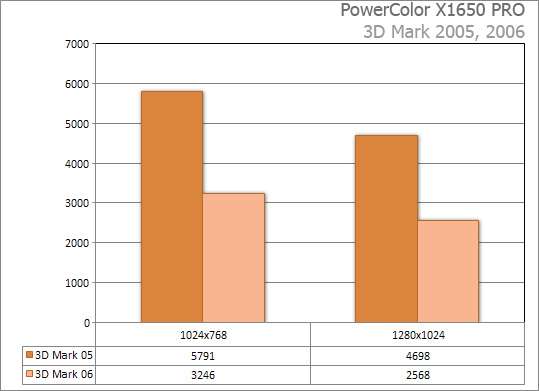 When the original Call of Duty was released, it had a tough job of taking down the king of WWII FPS games, Medal of Honor. As soon as it was released, we all knew that we had something special on our hands. With its detailed graphics, squad based AI and amazing multiplayer; Call of Duty quickly took the crown away from Medal of Honor and has yet to relinquish it. When Call of Duty was announced for the XBOX 360 and PC, many gamers couldn’t wait to get a hold of it. This one included. Overall, there were many things that I would have like to see done differently but overall, Call of Duty 2 is a worthy sequel to one of the best WWII games ever.

This test will be run on the opening level, where the Russians are holding back the German offensive. There is a lot of open areas and building to shoot from. Using FRAPS, a 5 minute frame rate grab will record the frame rates, giving us a complete summary of high, low and average frames per second. All settings were set to default and ran in resolutions of 1024×768 and 1280×1024. 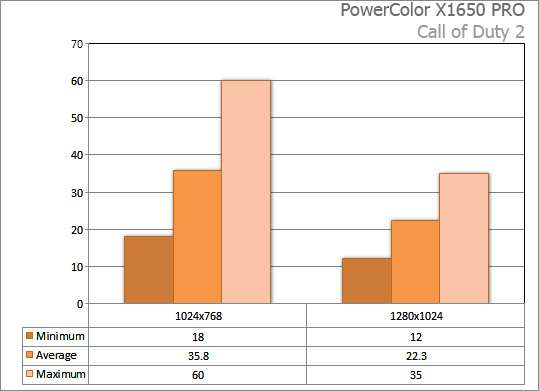 What can even be said about this franchise? Who can remember where they were when they first finished the first Half Life or even saw the first trailer for the blockbuster second? Set just after the events of the HL2, Episode 1 starts you off just outside of the Citadel under a pile of rubble. Being dug out by DOG, you see Alex and you get on your way. Fighting for the survival of mankind from the Combine, there is no backup plan, you make it or mankind falls.

To bench Episode 1, we will use the console command ep1_c17_05 to skip directly to the map of our choice. Once there, we get into the action immediately and the whole time, FRAPS is recording the frames per second. The level starts you out in a building and you are to take the remaining humans across an open area to the train yard. There is a lot of action here with Combine soldiers doing all they can to end your run. This level, like Call of Duty 2, will be run in both 1024×768 and 1280×1024 with AA and AF both turned off. 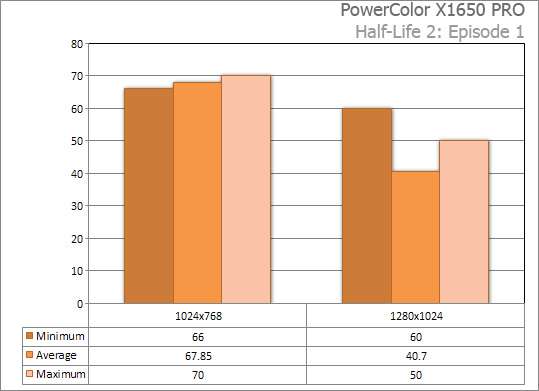 When it was released, Far Cry was easily the best looking game around. While the graphics drew people in, the game play is what kept them coming back. Far Cry centers around Jack Carver and island scenery loaded with armed gunmen looking for you. As the game progresses, you uncover a large scale genetic experiment and because of this experience, your enemies aren’t exactly human. While you make your way to various parts of the island, you fight everything that moves with the help of your partner Val and the mysterious Doyle. Full of excitement and surprises, Far Cry is still a game that I can sit down at and play all the way through.

To test the game, I loaded the first level at the aircraft carrier scene. The level is full of large open areas as well as tight indoor rooms. Once on top of the ship, you experience one of the most difficult and frustrating areas in any game that I can think of. As I made my way though the ship to the top, I used FRAPS to record the frame rates. This is the one exception to our benching standard as we will be using 1280×1024 and 1600×1200, completely leaving out 1024×768. There is certainly no love lost between the x1650 Pro and 1024×768 as the card chewed through it. Because of this, we saw no need to include testing at that resolution. 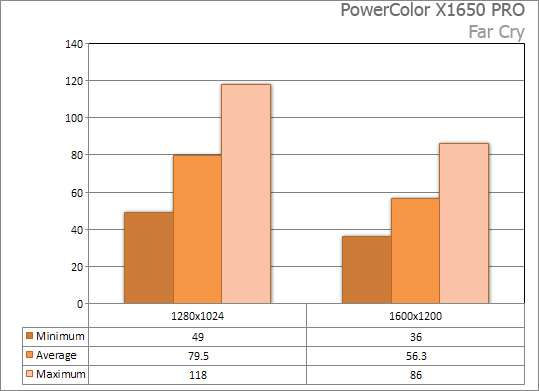