At its annual Snapdragon Tech Summit, Qualcomm has taken the veil off of its supercharged Snapdragon 8 Gen 2 mobile platform. Naturally, performance in almost all regards has improved, but so too have the overall capabilities – especially those that revolve around AI.

Qualcomm’s Snapdragon Tech Summit 2022 is kicking off, and there’s a whole bunch of announcements coming out for a new flagship processor, and many new devices and features coming in the next day or so. The big focus today will be the Snapdragon 8 Gen 2 mobile platform.

There is a big focus on AI, since Qualcomm has effectively rebuilt its platform from the ground up with AI front and center in pretty much every facet of the new chip. This continues the legacy of Qualcomm’s AI Engine, and is made up of the Adreno GPU, Hexagon Processor, upgraded Sensing Hub, and the Kryo CPU.

First, we’ll start with the Hexagon processor, as it’s had major improvements. The Tensor accelerators have been doubled in size, and there is now a dedicated power delivery system so it can work independently from the rest of the chip. A bunch of architecture changes have also made up to a 4.35X performance improvement and 60% perf/Watt improvement. 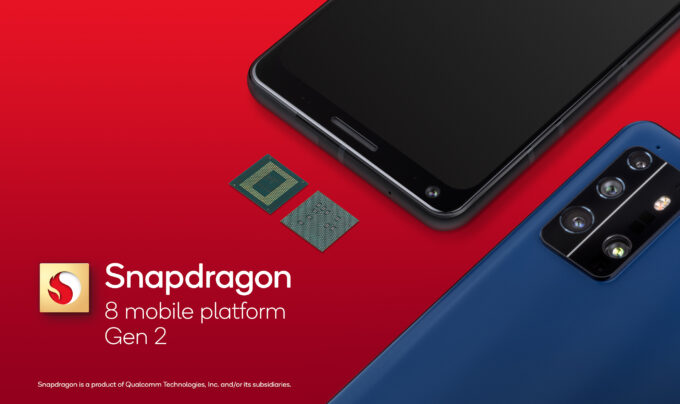 There have been changes made to address some of the problems with running more complex neural networks, particularly around transformer networks used in multi-language translation. The event showcased how the new processor could translate one language into multiple other languages simultaneously.  This was in part thanks to a new Micro Tile Inferencing engine that allows multiple neural networks to be processed at the same time.

A new instruction mode was added to support INT4 processing instead of just FP32, allowing the Tensor processor to calculate more models. This new INT4 processing will be used a lot in AI for camera functions. When a camera is put into Cinematic mode, it will blur the background to give more focus to the subject – that dramatic Bokeh effect. Since this cannot be done naturally with the lenses on cameras these days with wide apertures, it’s heavily reliant on AI to generate the effect. During a demonstration, INT4 had no difference in the quality of the final output of this effect, compared to INT8, but it was processed much faster.

The Sensing Hub, responsible for voice and audio, connectivity, cameras, and the always-on camera got an overhaul of sorts. The always-on camera was renamed to the always-sensing camera to better reflect its capabilities. One of its features will be able to be placed in front of a QR code while the phone is off, detect the code, and launch the linked site without the need for using a dedicated app (although we’re not sure about the security of randomly opening websites from QR codes in the background). The Sensing Hub was also given an extra AI processor, for 2X the performance and 50% more memory. Again, with the AI features. 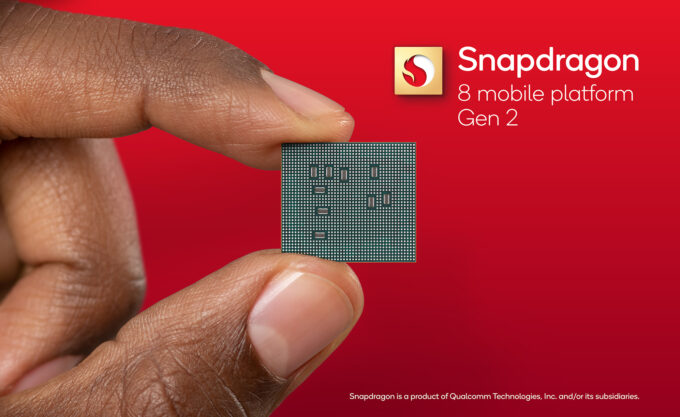 Even the 5G Modem-RF system will have an added AI processor. This will be used to increase downlink speeds up to 10Gbps, uplink speeds of 3.5Gbps, and increase robustness of the network, for both mmWave and Sub6 connections. The 5G modem will also have DSDM enabled, Dual SIM Dual Active. This will allow you to use two 5G SIMs at the same time.

The Snapdragon Fast Connect unit will have Wi-Fi 7 enabled, one of the first mainstream devices to support the new standard. It allows use of HBS (High Band Simultaneous) multi-link connections, which is the use of 320MHz channels for increased throughput. This doubles the throughput of Wi-Fi 6 to an impressive 5.8 Gbps. These new HBS channels can sustain a sub-2ms latency as well. Fast Connect will also support dual Bluetooth, which is two radios with enhanced connections that can double the range of your Bluetooth, and can speed up pairings.

The Kryo CPU is keeping its three-tier approach to processors. The Prime core can scale its frequency to 3.19 GHz now, and there has been a bit of a reshuffle as one of the Efficiency cores has been converted into a Performance core, so there are now 4xP cores and 3xE cores. The Prime core is based on Arm Cortex X3 and is 35% faster and up to 40% more power efficient compared to the previous generation.

We alluded to earlier that the Hexagon processor had a lot of changes; well, there’s more. Hexagon will now have a direct link between different sub-systems of the chip, including a path to the Spectra ISP and the new Cognitive ISP. This new process allows for real-time segmentation, separating out the camera input into layers for selective color enhancing. This is done before the camera button is even pushed, and is constantly running in the background, using AI to effectively classify objects like food, faces, sky, cats, water, and apply appropriate filters, before a photo is taken.

The Adreno GPU had a bit of an overhaul too, as it will now support Vulkan 1.3 APIs, and enjoy a 30% performance uplift in Vulkan work. Both power savings and performance have increased by 25%, too. There will be a new HDR format added, called HDR Vivid (China-based standard), this in addition to HDR10, HDR10+, and Dolby Vision. Snapdragon 8 Gen 2 will also Introduce OLED aging compensation, which will be used to counter OLED burn-in effects of connected displays. 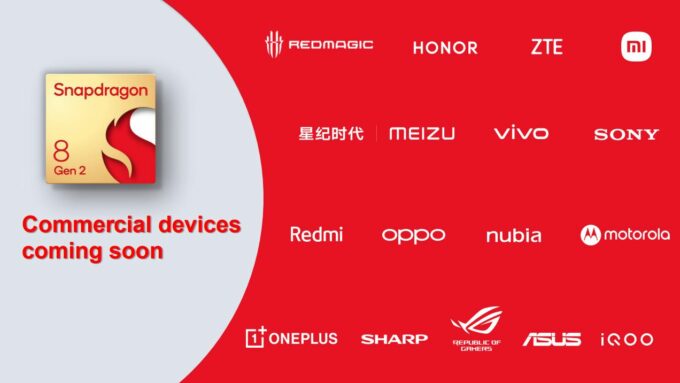 Qualcomm also announced support for Unreal Engine 5’s Metahumans SDK, for building realistic digital people including facial expressions and skin color. The biggest news to come out of the Vulkan API update is the introduction of Realtime Hardware Accelerated Raytracing for mobile gaming. Expect to see more realistic lighting, reflections, ambient occlusion, and soft shadows in games, soon. Snapdragon Ray Tracing is coming to several partners and OEMs around the end of this year.

This is just day one of a two-day event at Snapdragon Summit 2022 in Hawaii, and there’s been some big changes to the platform. Tomorrow, we expect to see not only more features coming to Snapdragon 8 Gen 2, but also find out what Snapdragon’s partners are doing with this new tech.