It’s easy to compare Q.U.B.E. to Portal at a quick glance, but in reality it’s a much different game. The main focus is on puzzle-solving, but the puzzles here are solved by manipulating blocks in order to achieve some objective to open the door at the end. And in terms of sheer difficulty, Q.U.B.E. takes the cake.

It’s not very often that we review indie games here at Techgage, but when something so perceptibly similar to Portal comes out, without much foreknowledge to its launch on Steam, we had to take a look.

“Quick Understanding of Block Extrusion” is a rare breed of game, taking on the genre of First Person Puzzler. You have two hands that push and pull blocks and buttons that allow you to arrange them so you can move onto more elaborate areas with more mind-bending puzzles.

Like so many other people who took a glance at this, my first thought was Portal; the similarities just can not be avoided. The solemn atmosphere, the bleak color pallet and the ominous feeling that something bigger is at play. Differences quickly emerge though. 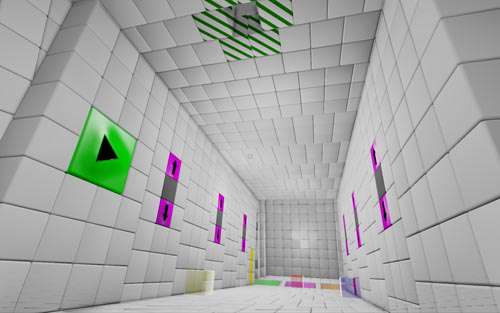 There are no portals for a start. In fact, Q.U.B.E. is simply not Portal. It uses the Unreal engine instead of Source, there are no voice actors and no psychotic super-computer trying to kill you (that I’m aware of). Mechanically simple, but some of the puzzles leave you clawing away through your skull into your brain, leaving a bloody mess behind as you bang your head against the keyboard.

The first few puzzles are shown in the video below (mild spoiler alert for those that wish to find answers themselves). While things may appear simple at first, it quickly ramps up the difficulty and the screenshots throughout this review will show why. Also note the difficulty with the spring-loaded blue block; it took four attempts to get past, even though I’ve done it on my first try before. Some things are just inconsistent.

For the most part, the puzzles are simple. Extend blocks to reach a higher place, some are spring-loaded for that extra kick; there are joined blocks that move in unison, then there are switches that rotate the walls. Later on, color mixing with cubes, spheres and lasers are introduced. When all of the above are combined, things become interesting. 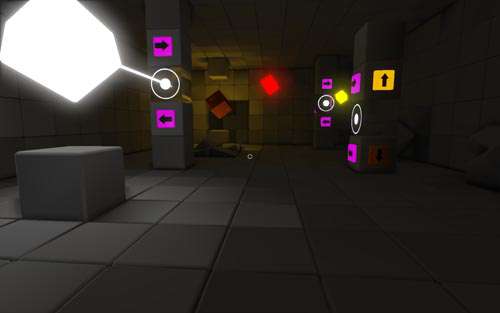 Progression is unfortunately linear, there is only one way to solve a puzzle, to the point of it being scripted. There was an incident where I did not complete the puzzle in the most obvious way (to be brief, I over-complicated things for myself when the answer was staring me in the face), but I still managed to reach the door to the next area, only for it to not open. Back track a bit and complete it the right way and the door opens. 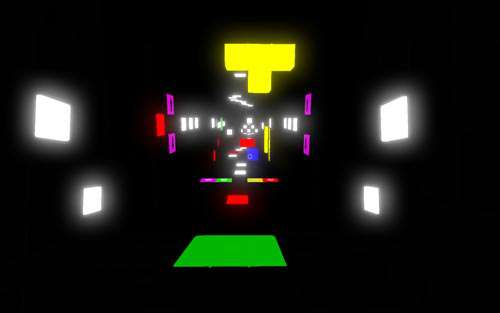 Some puzzles prove more annoying than challenging; you’ll know them when you see them (black rooms, yay!). It’s when magnets are thrown at you that things become awkward, namely with physics (frustratingly so in some places). Normally, two blocks slide by each other – when physics are involved, they like to turn or catch on things (including the floor) due to friction, often for no reason.

While somewhat realistic, it’s extremely annoying when trying to line up several blocks at the same time, only to have one catch on an adjacent block, turning it and slowing it down, or even rotate mid-air. There were a few incidents too with blocks disappearing into the wall, requiring a reset to fix. Reaction times with the gloves are also delayed, making fine control of magnets near impossible in later puzzles. 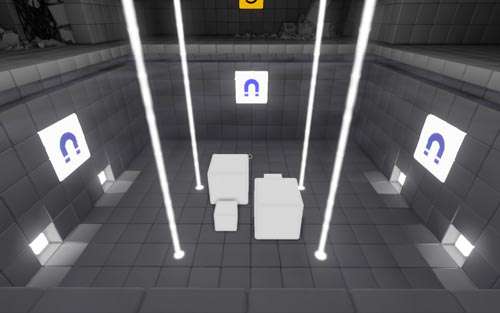 While some puzzles will make you sigh in disappointment, others will make you scratch your head and groom your beard (if you have one). The later challenges took me a good while to figure out with a fair amount of trial and a lot of error. It’s just a shame it’s so short. Once you know how to solve a puzzle and eventually the game, that’s it, no more. However, the same could be said for any puzzle based game. 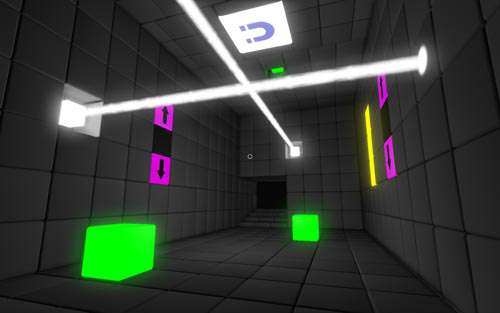 Through striking geometric displays, nauseating and claustrophobic environmental discontinuity, Q.U.B.E. has equal parts frustration, intrigue and fun. Waving a fist at the screen, leaning back as you stare blankly, and finally an exclamation of success. For Toxic Games’ first release, it’s done well. Now, a few more puzzles to wrap my head around would be nice – and no more dark rooms!