One of the best use cases for GPUs in rendering is to improve a scene’s lighting, something achieved through numerous ray tracing renderers found on the market, including AMD’s ProRender, and Chaos Group’s V-Ray.

ProRender can make use of NVIDIA hardware (but with a “warning”), and likewise, AMD will work with V-Ray – although I am still working on finding an ideal project that renders the same on both GeForce and Radeon.

Up first is ProRender in Autodesk’s 3ds Max 2017. 2018 is officially supported by AMD, even if it’s really difficult to find that out on the official website. I have not yet heard anything about support for 2019, but since ProRender development is still in full force, it’d be nice to see support added soon for Autodesk’s newest 3ds Max.

To test, the scene below was rendered with 250 iterations at 1080p. A production render would be better set to something like 2,500, but 250 is still plenty to separate the men from the boys in benchmarking. You can grab the project file yourself for free from the ProRender GitHub page. 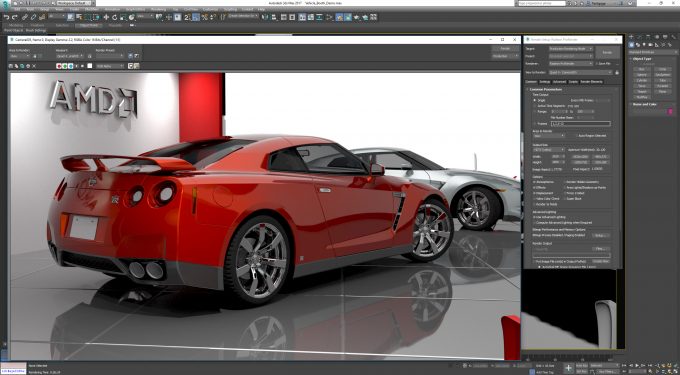 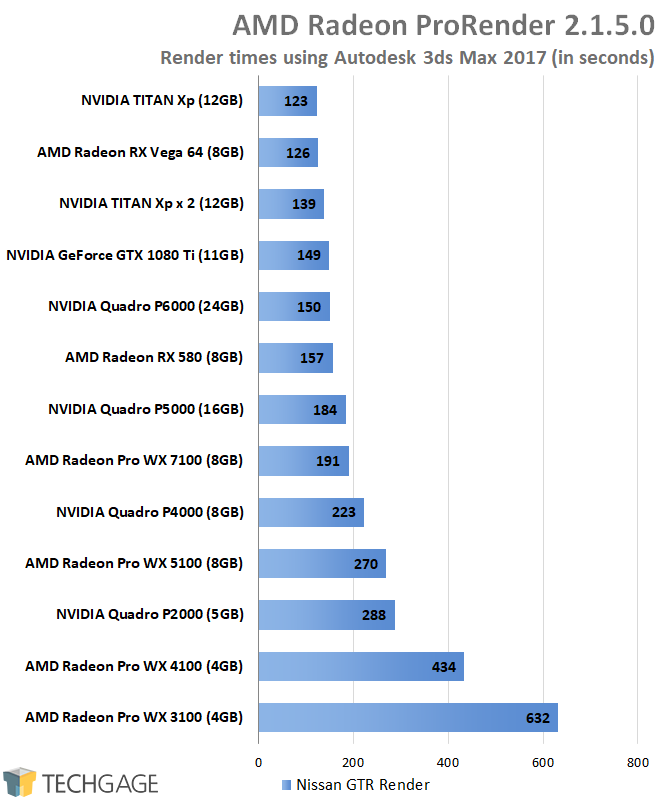 Is it a surprise that AMD performs well here? As in, very well? By all appearances, ProRender doesn’t “favor” AMD’s hardware in the same way another renderer may run better on one architecture over another. ProRender runs entirely through OpenCL, so the better-tuned the hardware, the better the performance.

In this case, AMD’s strong OpenCL performance helps propel the Vega 64 to the top of the chart, sitting only behind the TITAN Xp. Another way to look at it is: Vega 64 also performs better than the more expensive GTX 1080 Ti. Not too shabby.

As you can see near the top of the chart, the dual-GPU configuration didn’t fare well at all. Based on what I’ve learned since testing, multi-GPU works fine for Radeon, so I’m not entirely sure what the problem was on the green side to weaken performance over a single card.

For a much more thorough look at ProRender performance, you should check out a dedicated article we posted a few weeks ago.

For V-Ray, Autodesk’s 3ds Max 2019 is used as the base. Whereas AMD’s Radeon ProRender supports a limited number of 3ds Max versions, Chaos supports every version all the way back to 2013, and with day one support for 2019, it’s safe to say Chaos’ developers are on top of things.

To test, the freely available ‘Teaset’ scene (found here) is rendered at 1080p with largely default settings. The changes involve the time limit and samples limit being disabled, and noise limit being set to 0.25, to allow a render to last just long enough to generate some meaningful results. 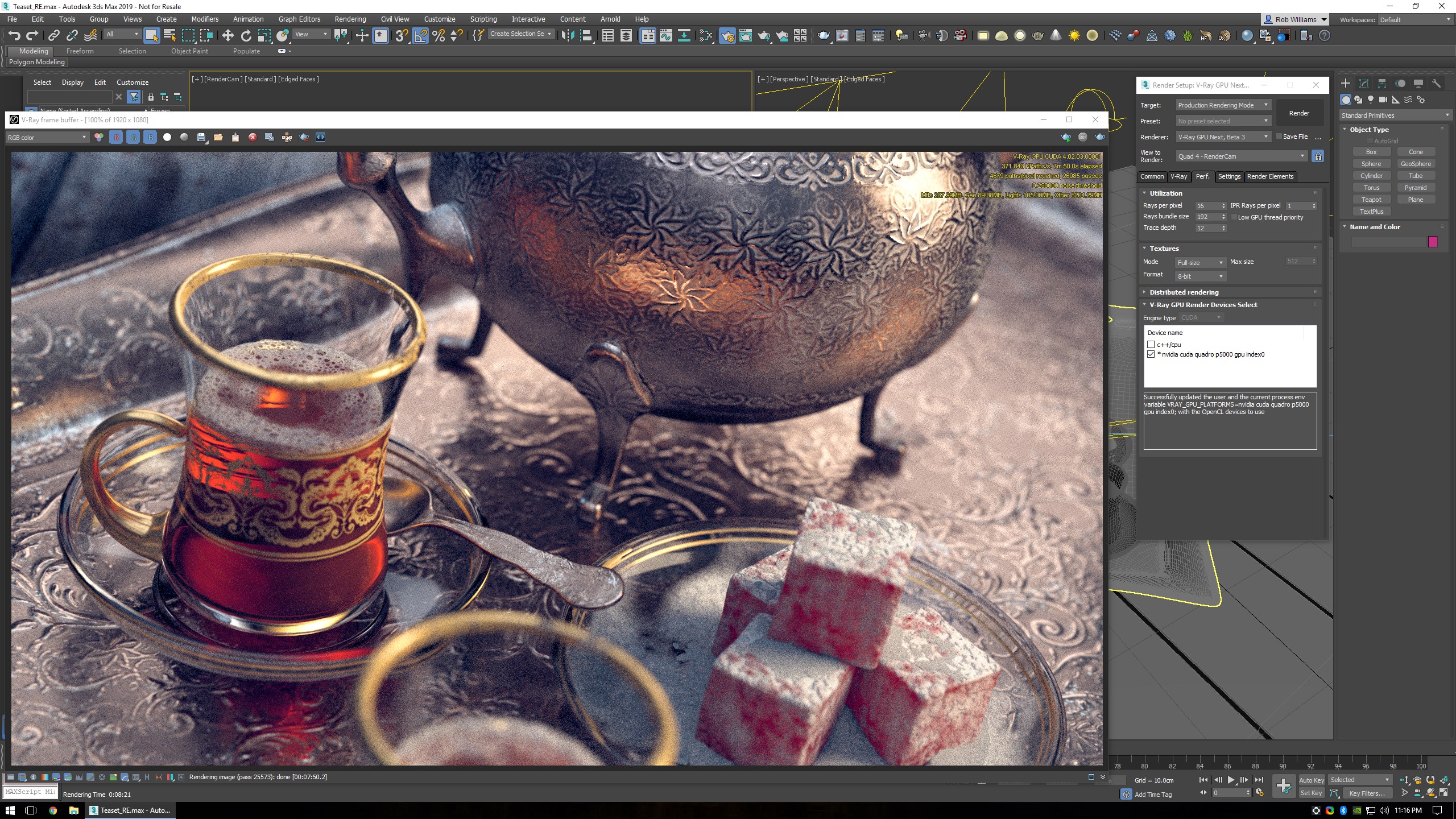 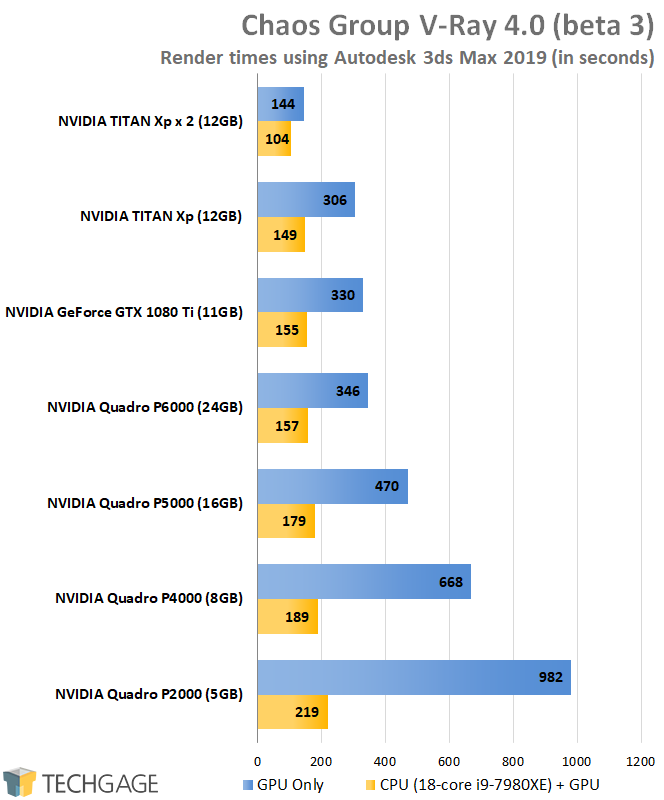 I need to do more testing with V-Ray on AMD hardware before introducing Radeons into this set of results, but initial experiences dictate that this particular project will not be suitable for all GPUs. On AMD hardware, elements of the scene don’t render properly, so some hooks seem to be off. V-Ray supports OpenCL just fine, so I ultimately would like to find a project that renders the exact same across CUDA and OpenCL. Once I find that, I’ll introduce AMD into these results.

That all said, I know that this is a GPU-focused article, but hot damn can a good CPU contribute a lot to a ray traced render – at least in this particular case. In time, I’d like to test CPU+GPU rendering in a handful of projects to get a better overall look on things.

Clearly, the faster the GPU, the faster the render (at least this one), but clearly, it’d be silly to run a top-end GPU on a small CPU when both can complement each other so well.

For a much more thorough look at V-Ray performance, you should check out a dedicated article we posted a few weeks ago.

Some of SPEC’s benchmarks on the following page take a look at CAD performance, but AutoCAD is left out. So with the help of Cadalyst, a benchmark produced by the people at the website of the same name, the application’s 3D performance is tested (along with I/O and CPU, but that isn’t needed here). 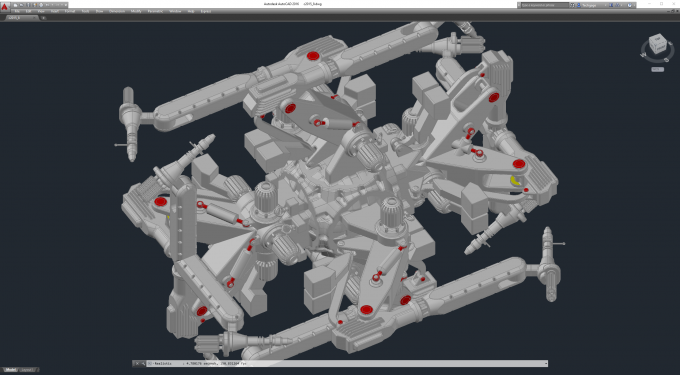 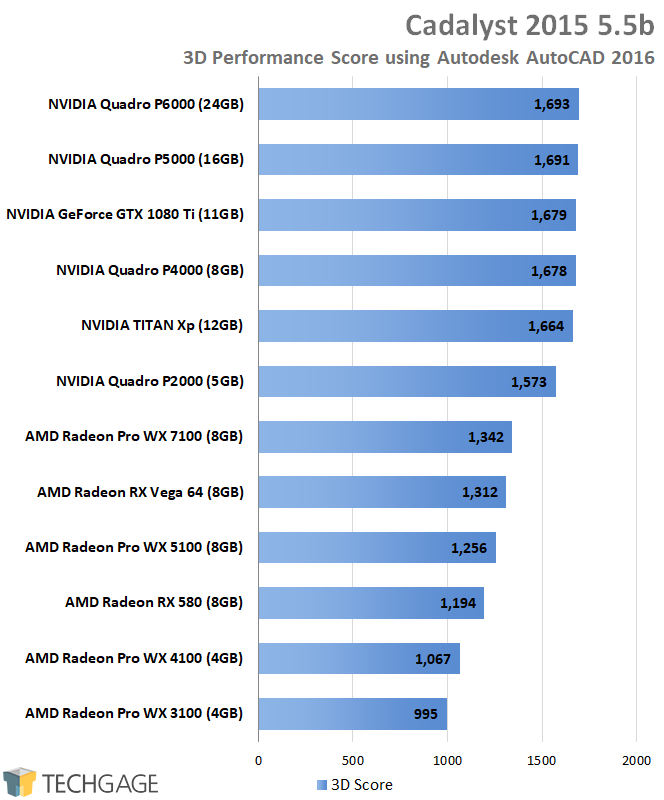 It’s not too often that we see a clear divide like the one here, where the entire AMD and NVIDIA product stacks are separated. I don’t hear AMD talk about AutoCAD much, and this performance is probably why. This is not to say that it’s “poor”, but if you work with AutoCAD day in and day out, NVIDIA gets the clear performance nod.