To say the least, the graphics impressed me quite a bit. As you can see from the screenshots in this article, the game is chalk full of eye candy. The screenshots do not do the game justice, because it’s an absolute graphical treat. The effects are extremely well done, especially when your Chi casts fire from his hands.

Even though the game is 2D playing, it has a lot of 3D elements, and that helps the game feel more alive. It’s impressive that this was all done by very few people, mostly Mark himself. He is not only a great coder, but also a great graphic designer! 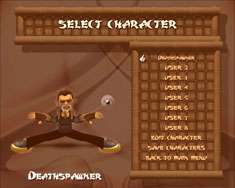 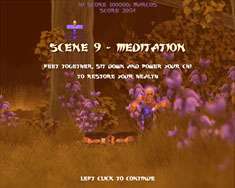 Before I first jumped into the game, I had mixed feelings. From the screenshots, it looked like a cool game with neat graphics, but I wondered how enjoyable it would be to play with only the mouse. The game certainly came with a learning curve, and I did get discouraged a little at first. Since I’m such a noob, you may not find yourself with trouble at all. Once you understand how the game works, you are set.

The game is so well put together, I have no complaints whatsoever. It’s not meant to be a serious game, that’s quickly evident. Between the actual gameplay and cutscenes, you are sure to laugh many times.

The asking price for the game is $14.95US, and that’s not a lot to ask. I have had a blast playing the game over the past week, and highly recommend it to anyone. I can’t see myself stopping from playing this game, anytime soon. For once, there is a smaller game that I actually enjoy! It’s a great ‘Jump in and Go’ game, with a lot of replay value. If you hook up with your friends online, then the game is even more enjoyable… especially once you get into creating custom characters. 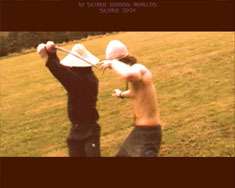 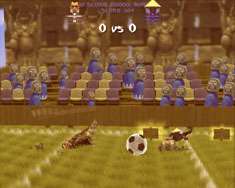 When I first saw an independent game listed in Steam, I had found it odd. After playing this one though, it shows that Valve would not add a ‘junk’ game to that list, but only quality. If that is the case, I hope to see more independent games listed there in the future. Thanks to Marcos Healey for help during this review.

If you have a burning question remaining about the game, please feel free to leave it in our related review thread! Registration is not necessary, but welcomed.