Once out of the packaging, we can take a closer look at the headset, as well as everything that comes with it.

First item up is the HP-1 itself. My initial reaction was that these headphones are solid. They seem to be well built and sturdy enough to travel with me to different LAN events and make it home in one piece.

The ear pods are comfortable but a bit tight when placed on my melon. The material used to soften them up is comfortable. Connecting the two ear pods are two thick plastic ‘tubes.’ In these run the wiring for the right ear pod. Just below these pieces sit a soft piece designed to hold the ear pods together, as well as stabilize the headset from the top of your head when you are wearing the HP-1. 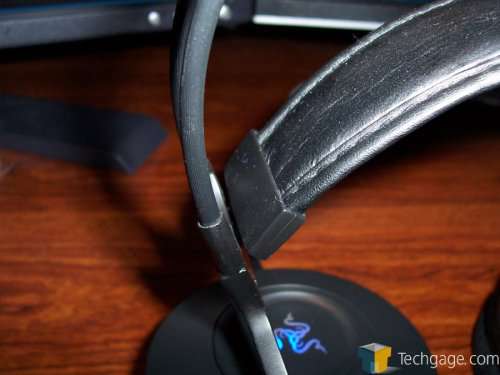 Another cool feature of these headphones are the Razer symbols on the control box, as well as each ear pod. When turned on, these light up blue, just like the Copperhead mouse.

Speaking of the control box, this is where you control your master volume, as well as your center, front, rear and bass volume controls. There is also a clip, allowing you to attach the control box to your shirt, should you actually wear a button up (unlikely) or your pants. I would lean more towards your pants, assuming that you wear pants when you game. If not, then that’s just plain weird. 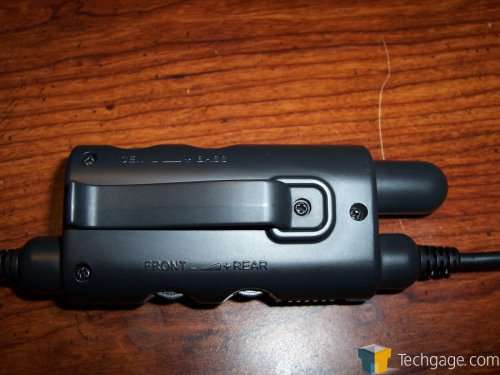 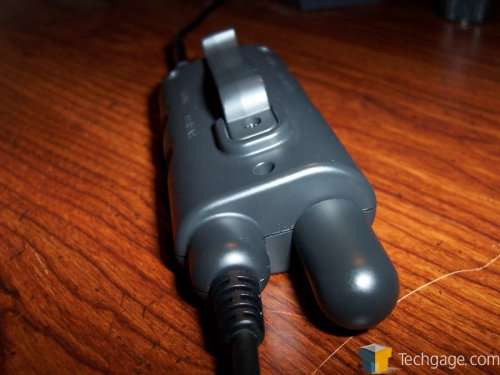 Here is another picture of the control box, but with the Razer logo lit up. 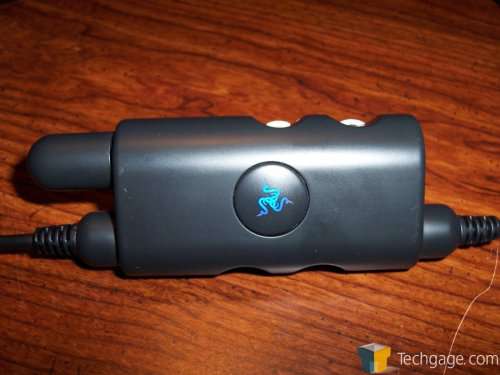 Moving right along, we come to the microphone. In all honesty, there doesn’t seem to be too much to this mic. It is small and plugs into the left ear pod of the headphones. The Razer website says that this mic has noise cancelling capabilities, allowing you to communicate with your team more clearly. You can also annoy the piss out of your fellow CS:S players with random sounds and music’ but who really does that? 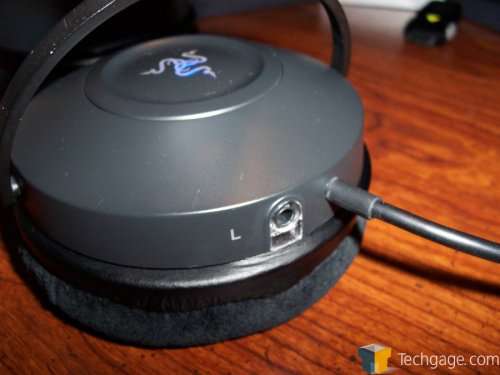 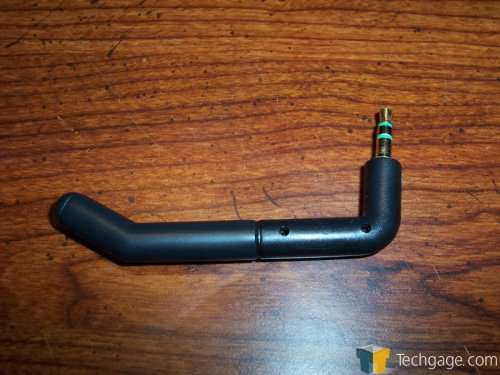 Attaching the mic to the headset is really quite simple. Anyone who has ever had ‘the talk’ with their parents or even their school teacher can grasp this and get their mic going in no time. Once plugged in, the clear plastic around the jack will glow blue, letting you know that there is a good connection being made.