We finally come to the final bit of hardware to come with the HP-1. This is also, by far, the most unusual when thinking about audio hardware. You see, the HP-1 is obviously designed to work hand in hand with the AC-1. Therefore, the HP-1 has what is called a Razer HD-DAI’ connection. What this means is that they have used a regular DVI plug and made it into a Razer proprietary connection to be used exclusively with the AC-1. Razer also makes sure to note that this is not to be used with your DVI out on your video card as this is only made to connect the HP-1 with the AC-1. 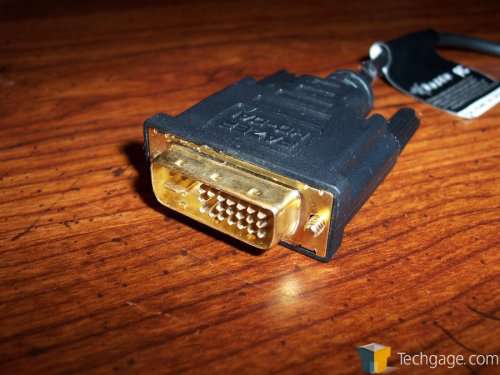 Here’s the point where you might be asking yourself how you are going to get this to work with you existing sound card. Well, Razer has thought about this and has included a dongle, if you will, that will allow you to connect to your existing sounds card’s front, rear, center and mic jacks. 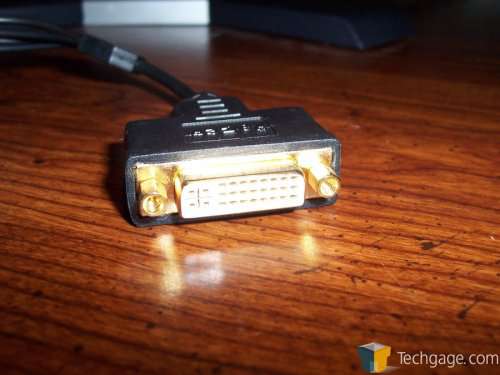 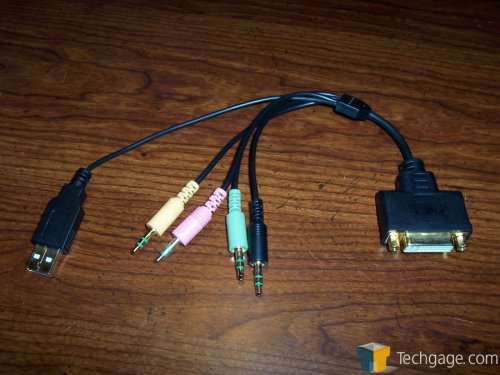 As you can see, there is also a USB plug on the dongle as well. This is to power your lighted Razer symbols in the control box and on the side of each ear pod.