To test out the HP-1, I started off by playing a few rounds of BF2 and Counter Strike: Source. In CS:S, while the game play is top notch, the sound lacks a bit. Even though, with the ‘surround sound’ feel of the headphones, I was able to get a good idea where my enemies where at and from what direction they were coming from. 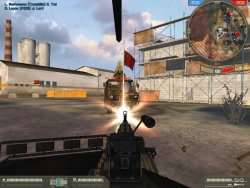 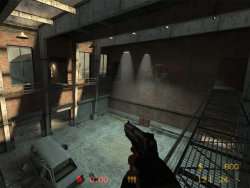 BF2 is another story all together. This is a game with much richer sounds and the headphones reflect this. My settings were set to high quality sounds with EAX enabled. The sounds were crisp and again with this game, the directional sounds helped out quite a bit.

The second round of tests where music. To put it mildly, I love music. I am a fan of most genres and my music collection reflects this. The first album I listened to was Bad Religion ‘The Empire Strikes First.’ The sounds were crystal clear and you can really pick up on sounds that you otherwise might miss when listening through conventional speakers. The second album I listened to was the Angels & Airwaves ‘We Don’t Need to Whisper.’ This is another great album that I truly enjoy. Unlike the BR album, this is a slower, more melodious album but no less enjoyable. Again, the sounds were clear and crisp. 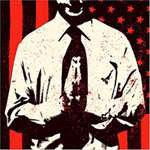 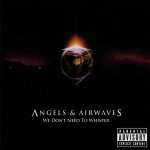 In college, I had a few friends that spun and at times, I would ‘barrow’ their headsets to listen to music or play some games in the dorms. You really cannot get a better sound than good headphones. There are so many small, minute sounds in songs and having a set of headphones allows you to hear it all. While the HP-1 is not a set of studio headphones, the sound quality is none the less great.

The final test I am putting these headphones through is watching a movie. To test these, am watching Star Wars: Episode I. Love or Hate the new Star Wars, you have to admit that the one thing that George Lucas nails is sound. I watched the pod race section of the film and the HP-1 performed just as admirably as they did in the game and music tests.

There you have it, the HP-1 headset from Razer performed nicely when it came to game, music and movie audio and as impressed as I am with these headphones, they are not without complaints.

The bass in these headphones was not what I was expecting. The lows are not as low as I would have liked. I know I am not going to get home theater bass out of this headset but I would still have liked to get a bit better response than I did. Also, the cord on the HP-1 is approx. 6 feet long. The control box is about 2 feet from the headset itself. This is fine for most people but for me, being 6′ 4′, I can’t comfortably wear these headphones with the control box clipped to my pants. This isn’t a big issue but something that I would have liked to seen different in the design.

When all is said and done, the Barracuda HP-1 is a nice set of headphones for gamers. On that note, while this set was designed for gamers, those of you that enjoy movies and music on your computer will not be disappointed either. The sounds were clear and crisp and the small details were easily picked up.

I have no problems giving the Razer Barracuda HP-1 a solid 7 out of 10. Availability is scarce at this time but if you can find them, expect to pay more for these than you would other headphones of similar design. Razer has them for sale directly from their site for 129.99 (US) and while they do exactly what they say they will, this is a bit expensive for me. I am not saying that they are not worth that, but to me, it still seems a bit much.

If you are looking for a solid headset, look no further than the Barracuda HP-1. I enjoyed working with them but like some other Razer products, I feel that a little tweaking could go a long way.