We are taking a look at Razer’s new Krait mouse aimed specifically at gamers who focus on real time strategy and massive multiplayer online games. Their approach is a simple one. Gamers who play RTSs and MMOGs don’t need a ton of buttons, just a set few.

We are all looking for an edge. I assume if you are visiting our humble site you are either a gamer or a tech junkie and in most cases, you are probably both.

Today we have on the review bench, a mouse that both tech heads and gamers can appreciate. We are taking a look at Razers new Krait mouse aimed specifically at gamers who focus on real time strategy and massive multiplayer online games. Their approach is a simple one. Gamers who play RTS’s and MMOG’s dont need a ton of buttons, just a set few. The Krait comes with 3 large buttons, including the scroll wheel.

The other main feature of the Krait is the DPI setting. The DPI comes set at 1600 which is high enough for anything you can use it for. They also market this mouse with having the ability to deliver up to 1200 actions per minute. I am not really sure if 1200 actions per minute is humanly possible but who knows.

There really is only one good way to say this, but the gaming mouse scene has become crowded. It seems everyone is branding their newest creation a gaming mouse. Logitech has been the mainstay of this market for a very long time but Razer has developed an extremely loyal following with their line of gaming mice. They look to build on this with their latest offering to the gaming crowd, the Krait.

On with the review 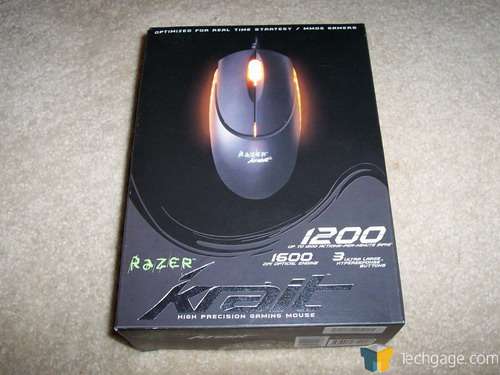 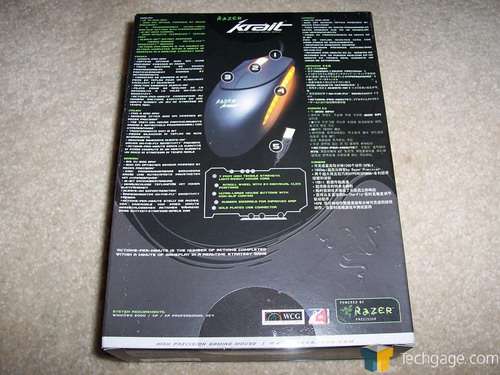 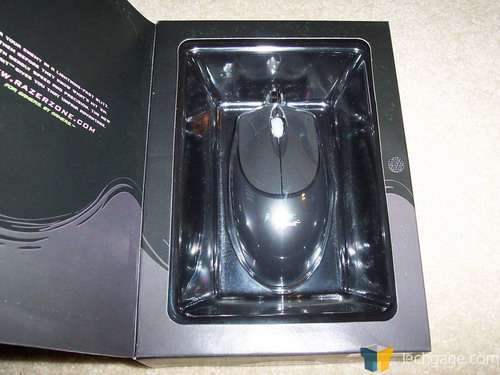 As you can see, the packaging was done well. I enjoy this presentation much more than the Copperheads. The same old half box, half blister pack is getting old. I enjoyed the fact that you can view the mouse through the blister pack by opening the box like a book. Also, there is a lot of information on the back of the box and that info is in 8 languages as well.

Once opened, you can see the driver CD, warranty information and a short, personal note from Razer Guy. Not much but exactly enough to get going.

Lets take a look at the Krait. 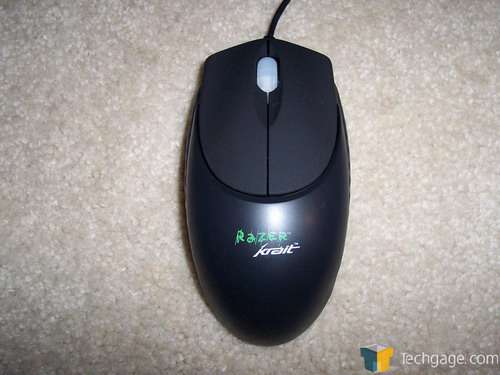 Nothing special can be seen in this picture. The Krait retains the Razer shape, allowing lefties and right handers alike, the choice of how to use this mouse and with which hand to use it. 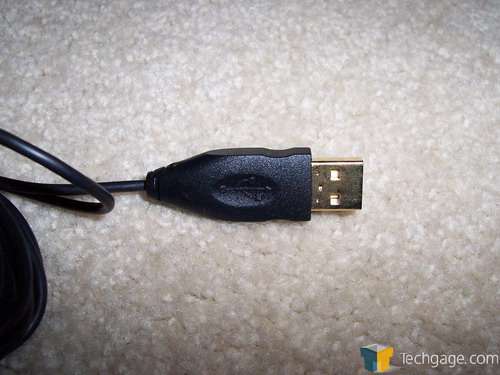 The Krait, just like the Copperhead, comes with a 7 foot, thin tangle free cord with a gold plated USB connector for an enhanced connection. 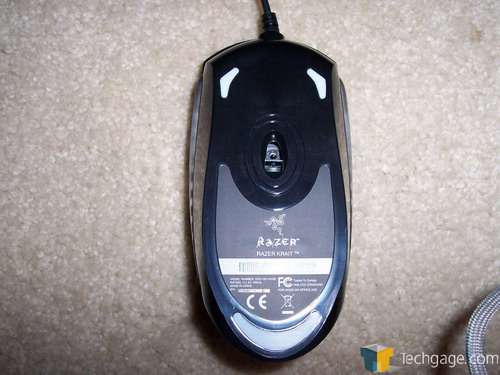 Also like the Copperhead, the Krait comes with a set of Teflon feet. If you have never used a mouse with these feet, you have no idea how well a mouse can float.