The Razer/THX Mako speakers come in some classy packaging, as we’ve already come to expect from Razer. The box is trimmed in typical Razer fashion, with some additional commentary from Robert Krakoff about how the Razer/THX Mako speakers promise to “redefine the state of the art” in loudspeaker systems, and information about how technologies like “Ground Plane” and “Slot Speaker” contribute to an improved listening experience. Sweet; we can’t wait. 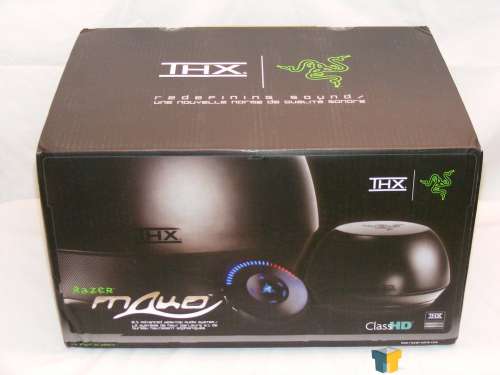 Opening the top of the box, you’ll see that the included accessories and cabling are nestled in the upper Styrofoam shell, along with the control pod and instruction manual. In addition to the Mako satellites and subwoofer, you get two speaker cables with RJ-45 terminations, the control pod (which connects via a VGA-style connector, hence the warning to NOT connect it to your PC’s VGA port, and likewise the warning NOT to connect the speaker cables to RJ-45 network jacks), a two-prong power cable, and a rather unremarkable 35mm stereo miniplug cable for connecting the speakers to your sound card or your motherboard’s onboard line-out jack. 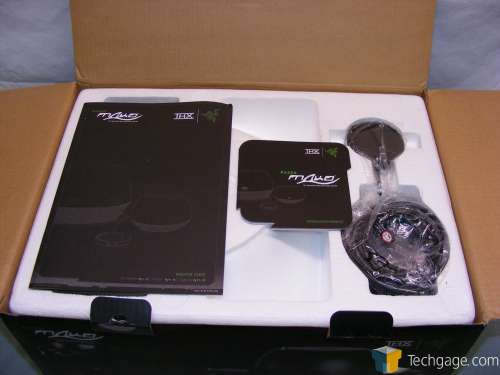 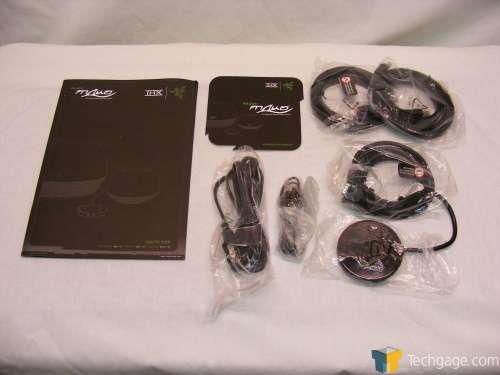 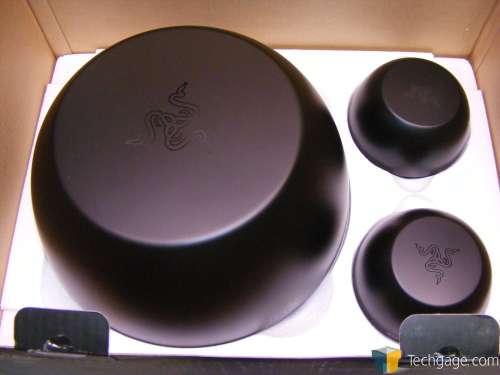 The Razer web site’s ‘technical specifications’ page reads like a features/benefits chart, and doesn’t give much in the way of numeric quantization of the Mako system’s performance characteristics, besides some wattage and system frequency response numbers. So here’s what I was able to pull out of the product literature, as well as what I was able to determine on my own.

Beyond their radical styling and THX-developed acoustic technologies, the Razer/THX Mako 2.1 speakers aren’t functionally much different from your typical high-end 2.1-channel PC speaker system. It’s the THX ‘secret sauce’ of advanced technologies and meticulous tweaking that’s expected to make the difference here, so let’s next look at the technologies of the Mako speakers in detail.