The worlds of Robert “Razerguy” Krakoff and Laurie Fincham of THX are completely different, but in many ways the same. Both are considered innovators of the highest caliber in their respective fields, and the Razer/THX Mako exhibits elements of both Fincham’s ear for audio subtlety, and Krakoff’s passion for tactile bliss and exotic design. 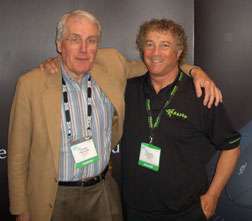 The idea of worlds colliding to form the Razer/THX Mako seems especially fitting, considering the speakers themselves look more like something you’d expect to see smoldering in a crater behind your house than sitting on your desk, making beautiful music. Their otherworldly design packs a ton of performance into their teacup-sized satellites and mixing-bowl-sized subwoofer – so much so that you might be inclined to wonder if the compact system makes use of alien technology to deliver its incredible performance.

Will the Mako speakers be replacing your high-end stereo main speakers anytime soon? If you spent more than $600 on them, probably not, but the Mako system definitely heightens the threshold of what I’d expect from satellites this small, and a subwoofer this compact.

The main benefit of the Mako system is exactly how much performance it manages to pack into those teacup-sized satellite speakers. The sound from the satellite speakers was certainly above average for their size, and more than competitive with other THX-certified PC speaker systems like Logitech’s. The subwoofer of the Mako system also impressed with its punchy, powerful lows – it’s definitely a show-stealer when the recording has deep bass content as well. Of the well-known brands of PC speakers that you’re likely to find at a retail store, Razer’s Mako system is certainly the most impressive, but at just under $400, it’s among the most expensive as well.

For that $400, though, you get a system that’s competitive with high-end home theater loudspeakers, and that’s small enough to fit on your desk as well, with full-range performance that extends with authority into the deep bass range, something that many two-way monitor speakers like the Audioengine 5 can’t boast, though they may be capable of more resolution in the treble range. 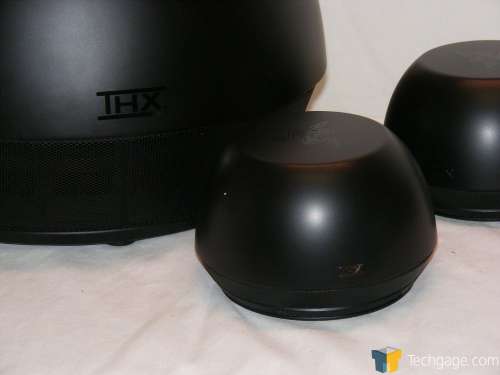 In the end, I’m thoroughly won over by the Razer/THX Mako system, and I’m pleased to award it a Techgage score of 9/10 – for a PC-based 2.1-channel speaker system, you just can’t do any better with what’s currently out there, though there were a couple areas I’d like to see improved upon before they’ll merit a 10/10 score.

They also earn my “Editor’s Choice” recommendation. The Mako speakers offer the complete package – svelte styling, stunning sound, and responsive tactile controls. I’m deeply saddened that I had to give the Makos up, and I battled internally with the decision to send them back at the end of the two-week trial period. Maybe I could make up some excuse… I had to hold onto them a bit longer for… more testing! Yeah, that’s it.