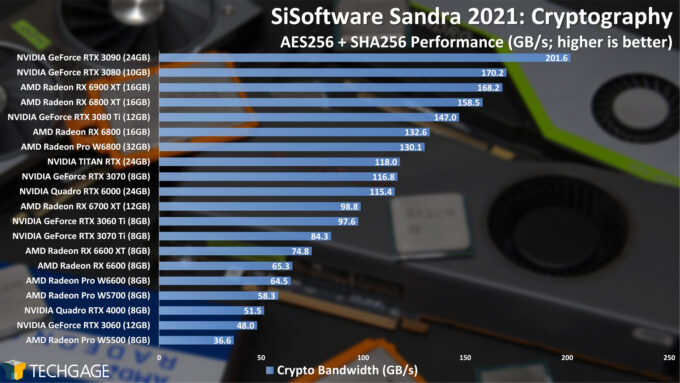 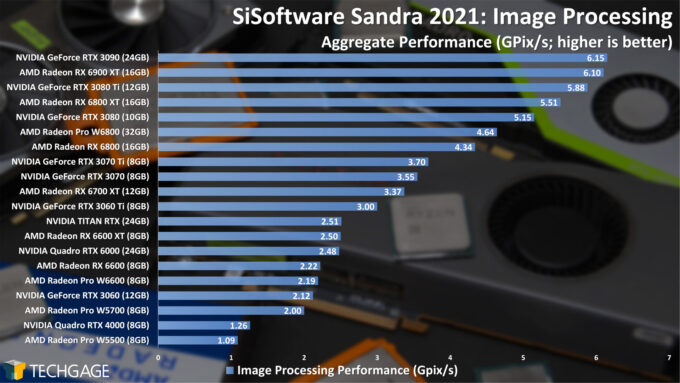 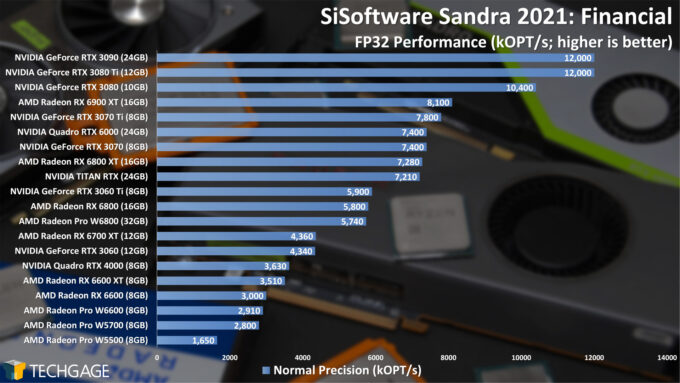 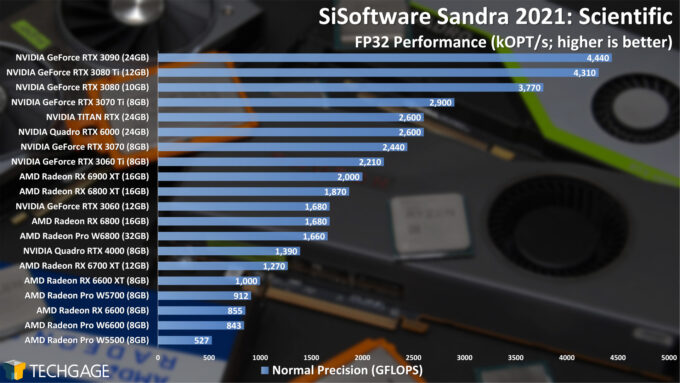 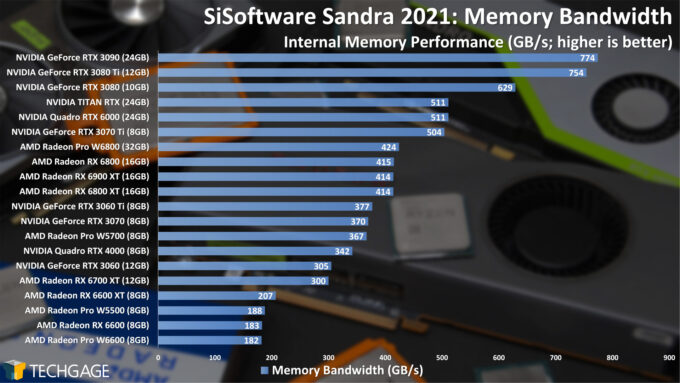 Interestingly, most of these specific GPU computing tests scale similarly, with the exception being with the memory bandwidth test. In the pure performance standpoint, NVIDIA’s gaming-focused GeForce RTX 3090 keeps itself pegged to the top of every single chart here.

Compared to some of the tests we conduct, Sandra is about as neutral as it gets, utilizing any hardware’s capabilities to show what’s possible with proper optimization. We’d love to see AMD’s Radeon Pro W6800 place higher in these charts, but as mentioned earlier, the W6800 isn’t AMD’s highest-performing SKU – so hopefully we’ll be seeing a W6900 in the future, to help spice things up more. That said, it wouldn’t be hard to picture where it’d place, given the performance we see from the RX 6900 XT.