The primary focus of this Radeon Pro review is to tackle creative benchmarking, but since it’s been a while, we wanted to run each of the tested GPUs through our usual gamut of synthetic gaming benchmarks. We won’t offer any commentary here, since these results wouldn’t influence our final opinions in a meaningful way. Ultimately, neither workstation nor gaming cards have inherent advantages here, so the Radeon Pro W6800 behaves much like the RX 6800 – as we’d hope. 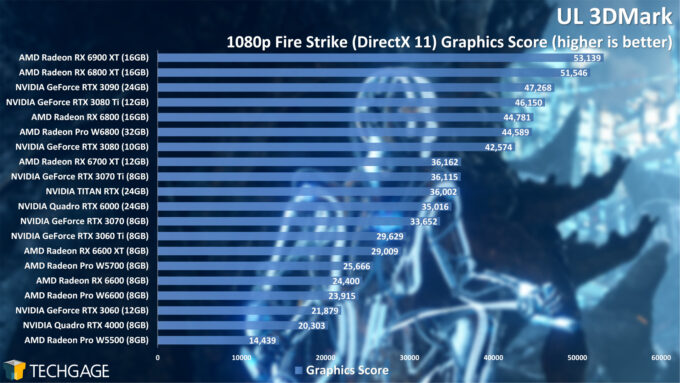 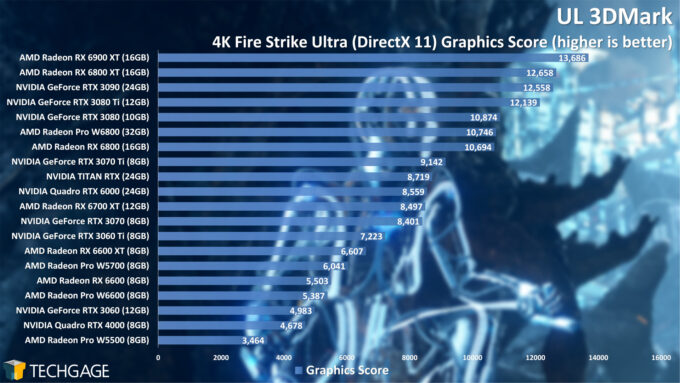 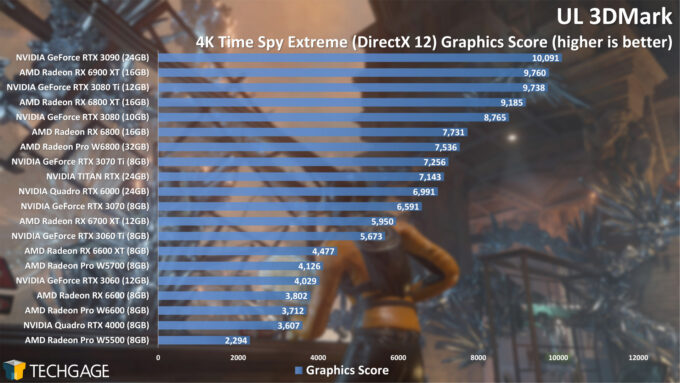 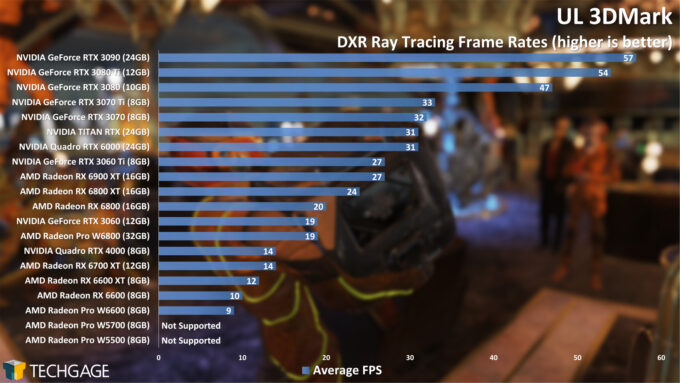 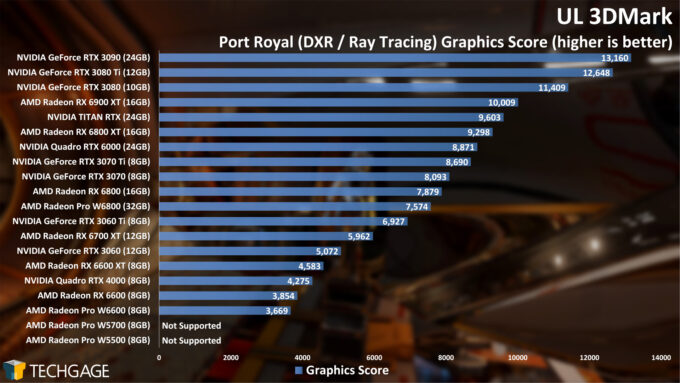 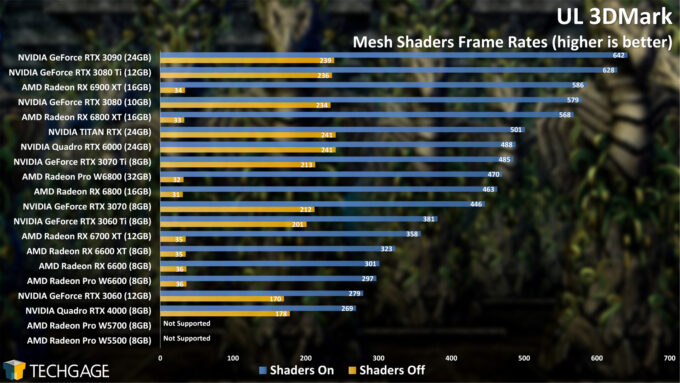 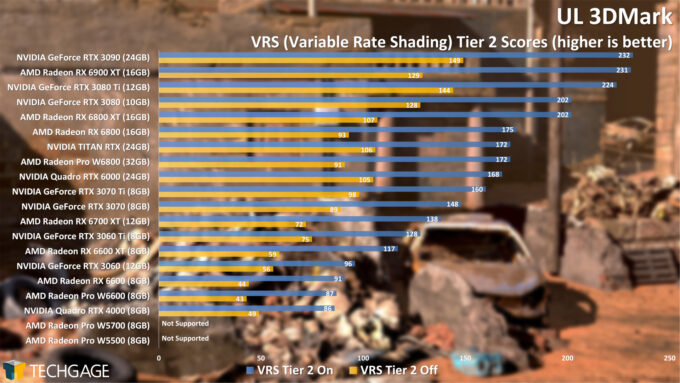 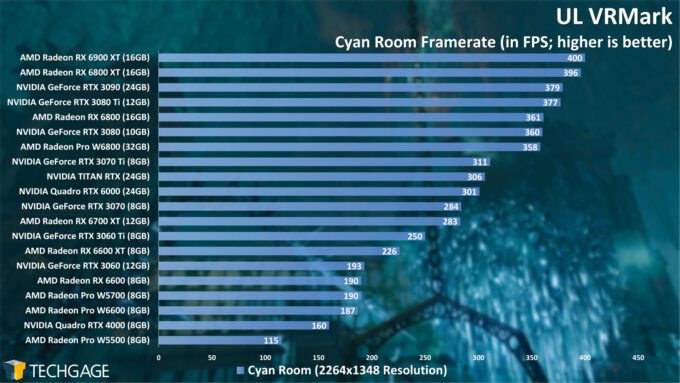 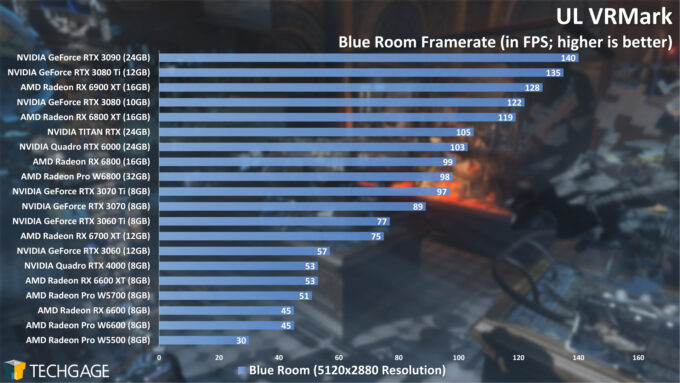 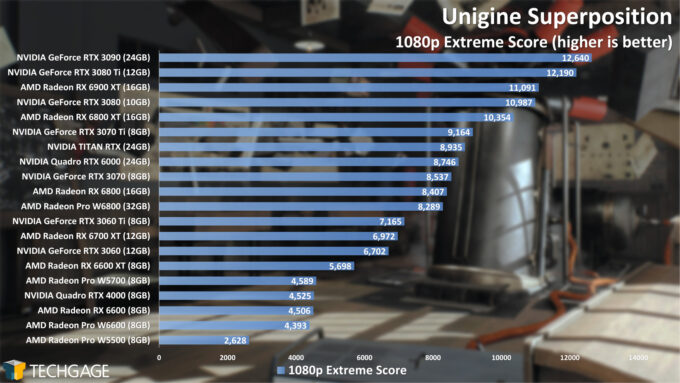 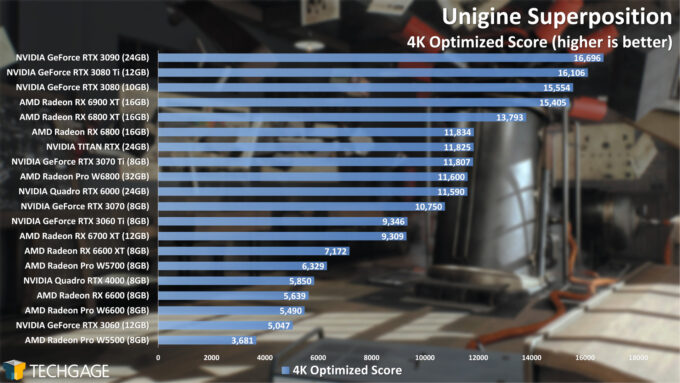