Both drivers feature the same overall look and layout with tabs being the go to way of navigating between sections. Starting off with the Main Control tab of the Kone+, users can change how the mouse behaves by modifying sensitivity, speed and customizing the different DPI settings if the pre-programmed values aren’t to their liking. Across the bottom on all tabs is where users can create, load, save and edit up to five different profiles. 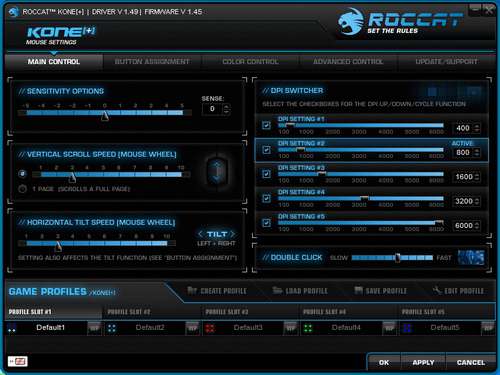 The Button Assignment tab is just that. Users can assign different functions to the various buttons including any macros they have made as well as what function each will play when the Easy-Shift+ is pressed. 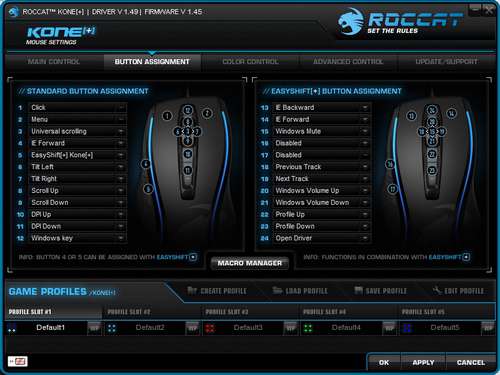 Moving on, the Color Control tab does just what you’d think. Any of the 33 colors can be assigned to the four LEDs along with various effects. 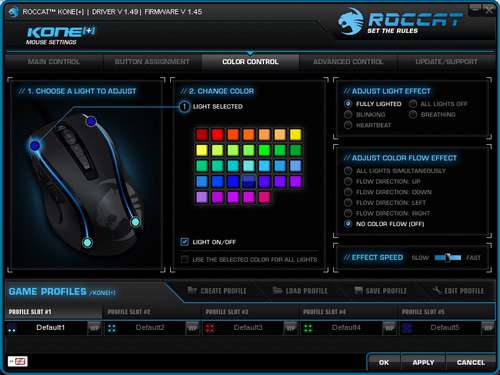 On the Advanced Control tab things like the tracking and distance control can be modified to adjust tracking performance and how high the mouse needs to be lifted up before the movement no longer registers. The polling rate can also be changed and if needed the driver can be reset to the factory defaults. 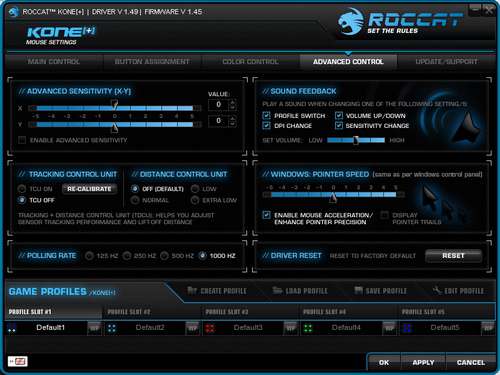 Finally there is the Update/Support tab that shows the current driver and firmware versions, allows driver updates to be downloaded and launches the support section of the ROCCAT website. 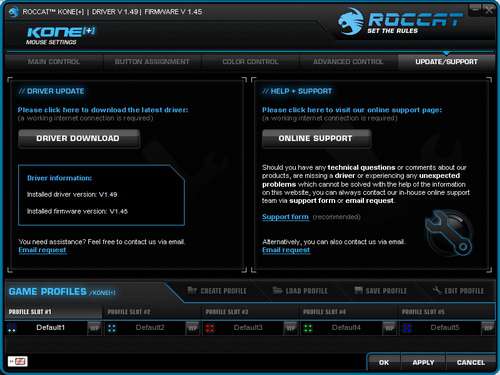 Compared to the Kone+, the interface for the Isku could be a terrifying ordeal to a novice gamer due to the number of options available. The Main Control tab allows the various keys to be assigned primary and secondary functions much like the interface for the Kone+ does. Up to five profiles are also supported across all tabs. 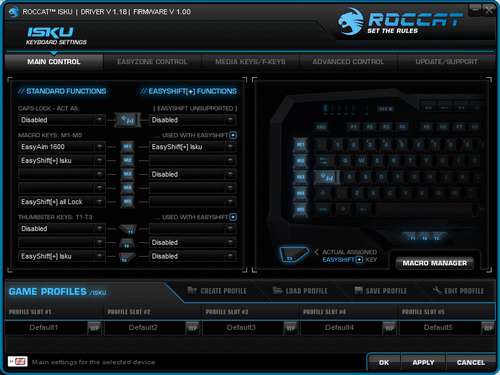 EasyZone Control is where the magic happens. Here users can assign a secondary function to any of the keys in the EasyZone when the EasyShift+ key is pressed. 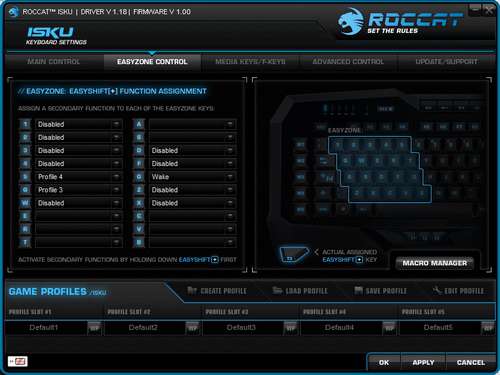 No surprises on the Media Keys/F-Keys tab as these can be configured here, however they cannot be used in conjunction with the EasyShift+ key. 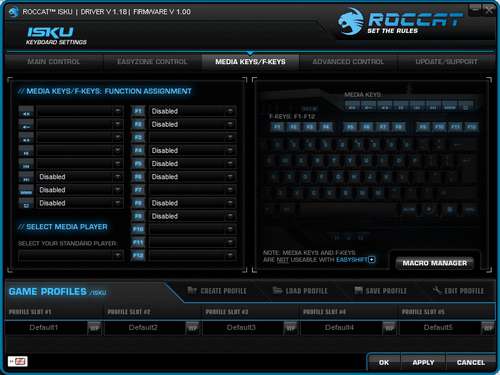 The Advanced Control tab is much like the one found on the Kone+ and changes how the keyboard will behave in general. Key illumination can be modified here and this driver can also be set to factory defaults if needed. 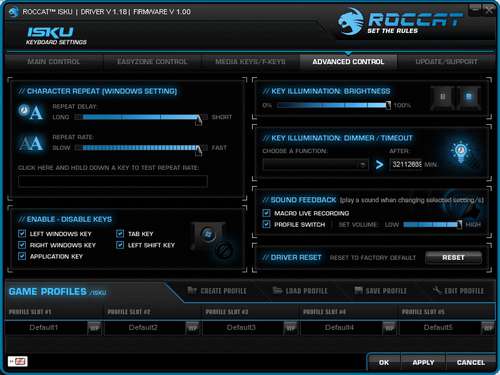 I’ll save you a look at the Update/Support tab since the same information is present here as on the Kone+ so let’s move onto my final thoughts on this gamer-oriented combo after I had the chance to bang away on them for a week.