Two months ago I began an experiment to see if I could wean myself away from traditional cable television. Primarily using my current cable service to watch sporting events and a handful of recorded shows, I have never really felt that I was getting my money’s worth out of the deal. Paying extra for all of the hardware and channels that I rarely watch has made less and less sense as each monthly bill comes in.

The first step in this experiment was taken two years ago when I purchased my PlayStation 3. I originally got the console for the games and Blu-ray capabilities that the machine had to offer. At the time, Blu-ray players were almost prohibitively expensive and the general consensus among A/V techies was that the PS3 was not only a great gaming platform, but also one of the best Blu-ray players available at the time.

As I moved into a new house in March of 2010, I never even bothered hooking up the cable in my bedroom, opting to stream my videos from a Synology NAS box. With the PlayStation Network, any movie that I wanted to see I could rent for a slightly inflated price… but I watch movies so infrequently that this never became an issue.

When Netflix became available for PS3 and Xbox 360 owners, a powerful blow was landed to my feelings for the cable company. While I was extremely happy with the versatility of the PlayStation (and pleased with the Xbox’s similar capabilities), I had no desire to purchase a second console for use in my living room. If I was going to make this cableless television thing work, I was going to have to find something to fill the void caused by the cable box’s absence. Enter the Roku XD.

My first experience with a Roku device came in 2008. I was staying with a friend for the weekend and due to the weather, we pretty much stayed inside and watched movies for the entire two days. On top of his television was a small box, ironically bundled in as a promotion by his cable provider. This also happened to be my first experience with Netflix.

Having practically owned the simple and inexpensive Netflix streaming market since its launch, Roku has been an affordable device for those looking to stream Netflix movies rather than deal with the DVDs each and every time they want to watch a new movie. As the company has grown, so has its options.

You can now access your Amazon Video on Demand account, watch MLB baseball via MLB.tv, catch your favorite TWiT netcast and browse a solid list of popular television episodes through the recently supported Hulu Plus. It’s true that many of the main features of the Roku are available on both the 360 and the PS3. It’s also true that you can get Roku’s best model of streamer, the XD|S for $100, half the price of the cheapest 360 and almost a third of the cheapest PS3.

Today we are looking at the Roku XD. The XD is the middle sibling in the current Roku family. Starting with the Roku HD at the bottom and the XD|S at the top, the lineup has been revamped to support high-definition content from top to bottom. The XD and XD|S both support 1080p output and ship with wireless N radios with the latter being capable of using the 5GHz spectrum. 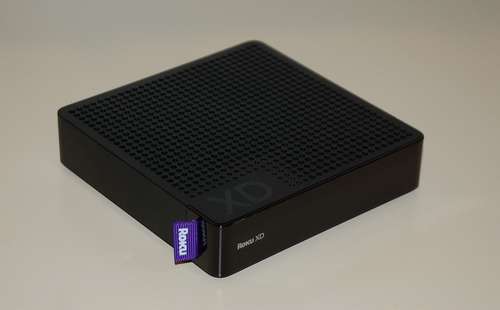 The XD sports wired Ethernet and HDMI ports, composite audio and video outputs and a power port. These are all packed into a package roughly the same width as two iPhones sitting side by side and as tall as a regular desktop hard drive. 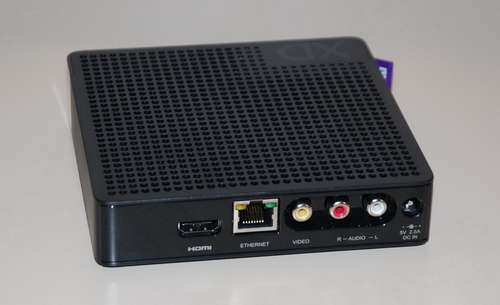 The remote is simple and is powered by a pair of AAA batteries. With navigational buttons, a quick rewind button, skip forward, skip back, pause, home and a back button, the remote should fit well in most hands. I personally found it a bit small but it wasn’t anything that was unpleasant to use. 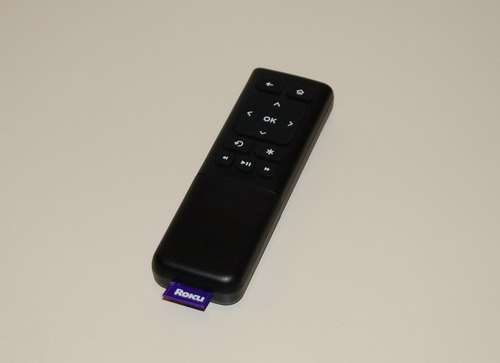 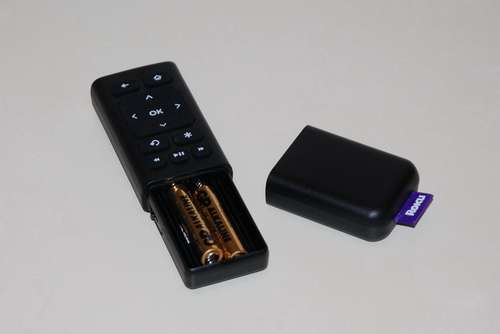 That’s the hardware, and next we’ll take a look at the software and content available.