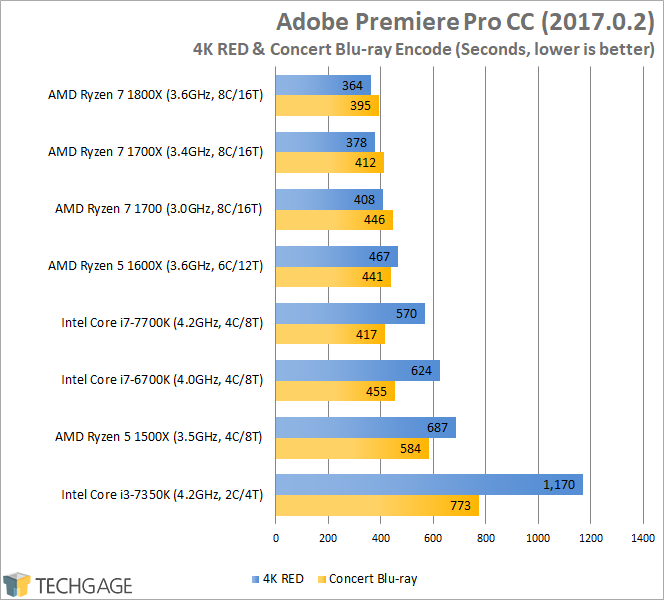 These results are perfect for highlighting an interesting factoid: that not all encodes will use the CPU the same. The 1080p Blu-ray encode proved quicker on the 7700K over the 1600X thanks to its much faster clock speed, but the 4K encode, which can exercise more than 4 cores, performed much better on the 1600X. This is why it truly pays to understand your workload when seeking out new hardware. 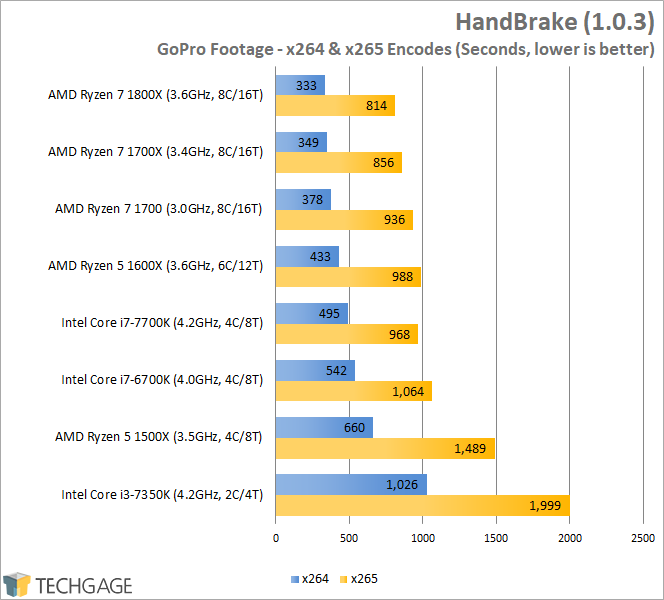 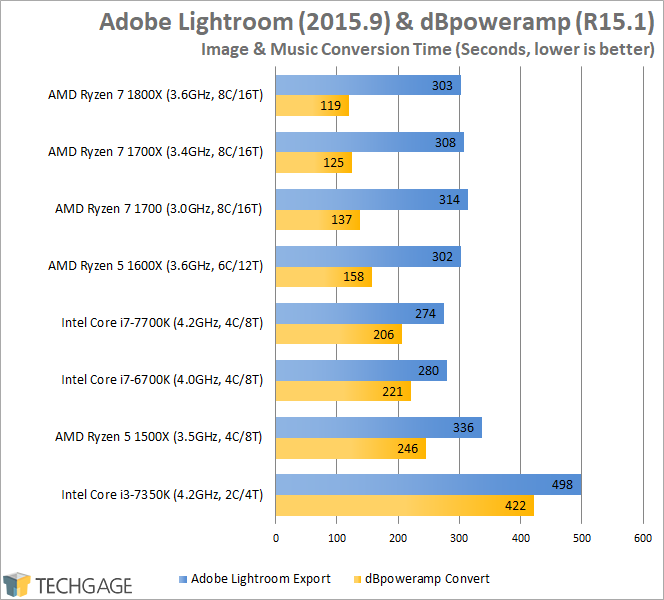 Based on the results seen from our Ryzen 7 review, it isn’t too much of a surprise to see the 1600X perform a bit worse than the 7700K in Adobe Lightroom. The situation changes, though, with dBpoweramp. It doesn’t use special instructions to encode – it simply uses the processing power available. And because it does, the 1600X gains the lead in that particular test.