On the last page, I mentioned that Adobe Lightroom performs better on Intel, and this particular Sandra result suggests that generally speaking, media is Intel’s domain. Here, the 7700K performs much better than the 1600X, and the gap between the 1600X and 7350K is tight, despite the Intel chip having half of the threads of the AMD one.

This doesn’t mean that Ryzen is poor for media stuffs; it simply means that it’s worse. The benchmarks on the previous page show that it doesn’t matter too much in the grand scheme, though, because the additional cores can negate optimization shortcomings. Case-in-point: the arithmetic results. 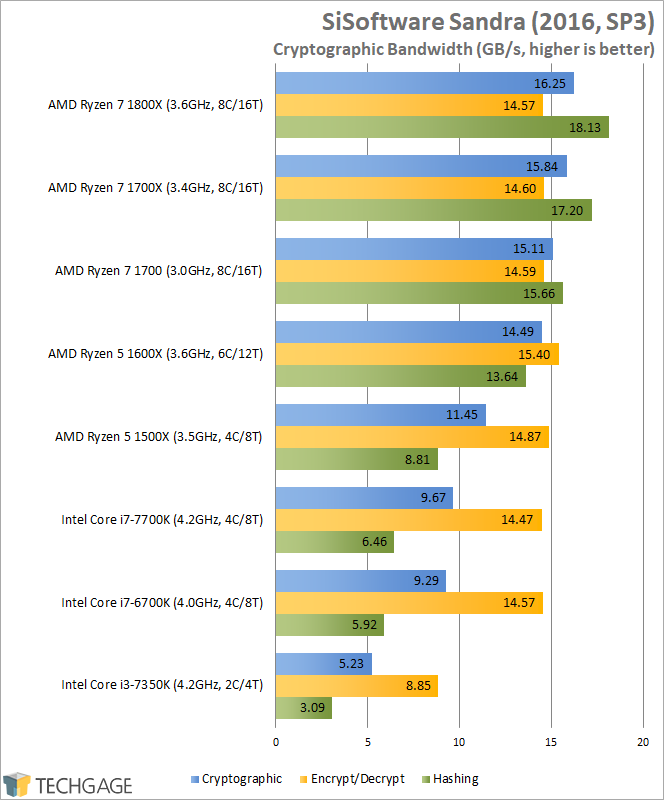 I’m not sure what it is about Ryzen that makes it so damn good at cryptography, but these results (and others later) show that it doesn’t just match – but beats – Intel. Cue the Unreal Tournament “DOMINATING!” sound clip. In all three tests, the six cores of the 1600X help it beat the four cores of the 7700K with ease. 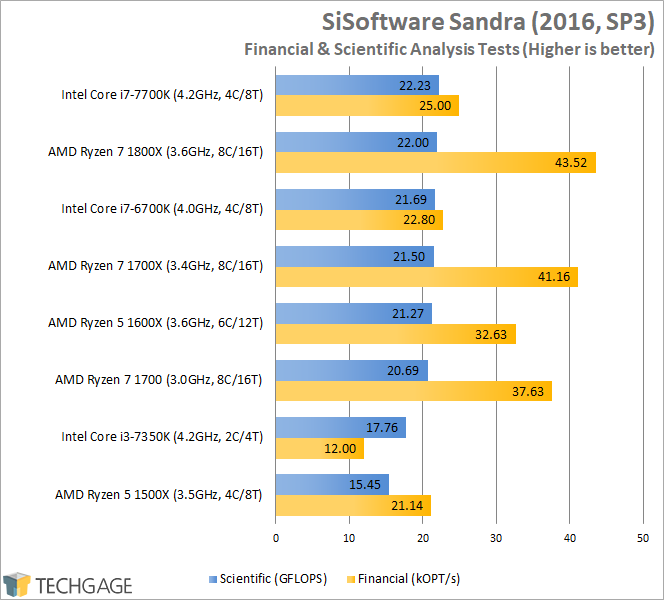 I mentioned earlier that it “pays to know your workload”, and this is another set of results that proves why. In some cases, AMD’s Ryzen is going to be the better choice, but in others, Intel is. Despite having half the cores, Intel’s 7700K performs better than the 1800X in the scientific test, but then in the financial test, AMD’s results effectively skyrocket. 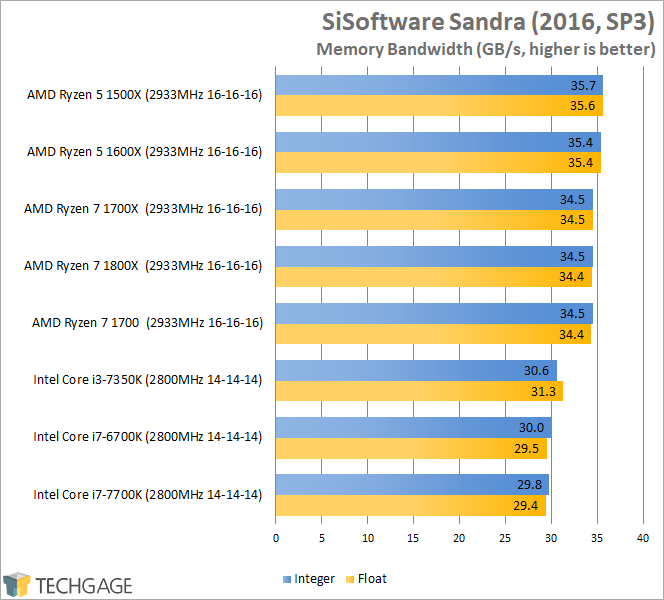 It’s important to highlight the fact that AMD’s platform is running memory at a slightly higher clock speed than the Intel one, so that will account for some of AMD’s gain here. However, I wouldn’t expect a bump from 2800MHz to 2933MHz to result in a 4~5GB boost, so it’s clear that AMD’s memory controller on Ryzen is very effective. 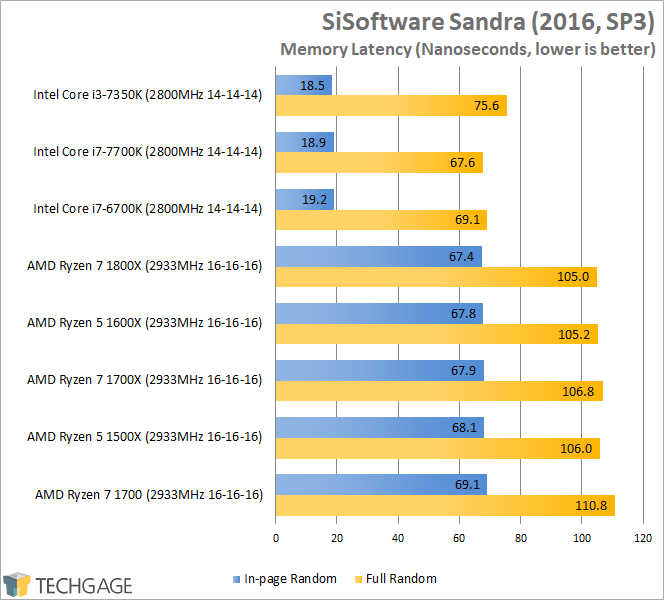 If you were to separate the above results from the rest, it wouldn’t paint a pretty picture of Ryzen. However, despite the fact that the latencies are way higher than we’d like to see, the real-world performance detriment isn’t particularly noticeable, as evidenced in most results throughout this review. 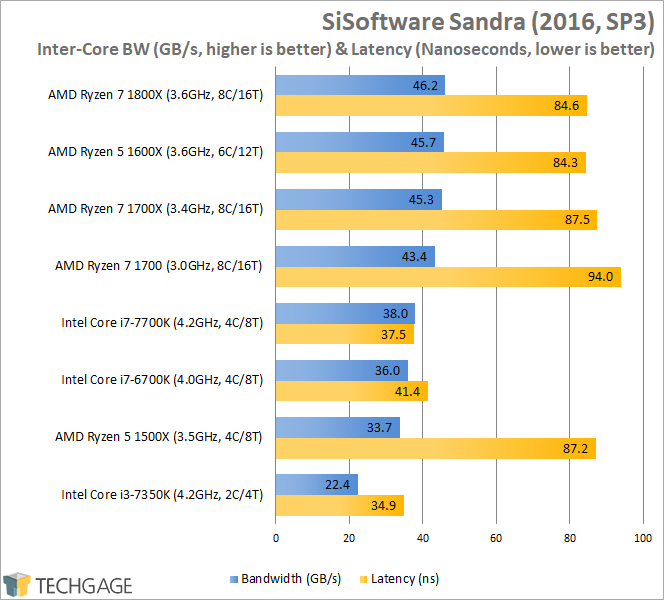 This is another set of results that are not too complementary towards Ryzen, but again, the real-world performance doesn’t nearly scale like the latencies do in this test.

One thing these results highlight is that improvements to software can be made to better support Ryzen. It’s no secret that a ton of software is optimized for Intel; as time goes on, and Ryzen floods the market, we should see software developers add optimizations for AMD’s latest processors. It’s already begun with Ashes of the Singularity, so hopefully it won’t take too long to see more optimizations roll out industry-wide.