In a market chock-full of serious games, a series like Saints Row is a refreshing one. It’s far from serious, poking and prodding you until you finally give up and start laughing, while taking in all of the eye-candy. When The Third came out, it appeased current fans and developed a lot of new ones; will IV accomplish the same?

The Boss of the Saints has achieved much since we last played him/her in Saints Row: The Third, having stopped a terrorist plot to nuke America and then becoming the President. These achievements are quickly overshadowed when the world is invaded by Zinyak, however, an evil alien overlord who rules the Zin Empire – not to be confused with that other alien, Zim.

The Boss, the Saints and the rest of planet Earth are defenseless against the invasion. Their intent is to enslave the human race, and they’re doing this is by breaking the abductees’ will by tossing them into their own virtual hell. The Boss, along with the other Saints, find themselves against the most dire of odds and must form new allies to achieve their ultimate goal: To kill Zinyak.

Saints Row IV brings us back to the city of Steelport – well, a virtual one – where it works much like a network information hub, connecting the different simulations together. The virtual world is a pliable space, the Boss can now use special powers within the Steelport simulation to quickly navigate the city by leaping tall buildings in a single bound, being faster than a locomotive, setting enemies on fire, picking things or people up telekinetically, and oh so much more. 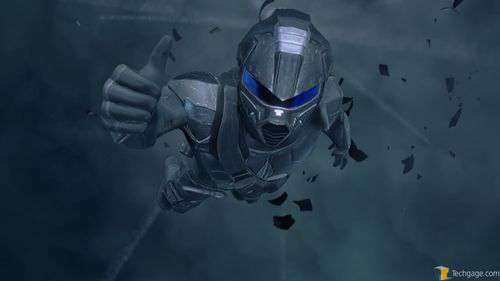 Many of the new powers and weapons will be given either by buying them at a store or completing the many side quests given to you by your closest homies, where the Boss (aka: you) needs to partake in hacking, blitzes (running game), Genki Bowl, fight club, and so forth, throughout the city. Upon completing these side quests, you will also gain control of a small section of the city; the more you control, the more money you earn.

The upgrade system for the weapons, introduced by Saints Row: The Third, is still in place. This time around, gaining cache (aka: cash)  is easier because you don’t buy store fronts. Instead, you hack them, but negating that perk is the fact that the upgrades still remain costly. Powers are upgraded by finding clusters scattered throughout the world, which can take a long time to collect but can be easily maxed-out well before most of your other weapons or traits, because the cache income is still low throughout the whole game. 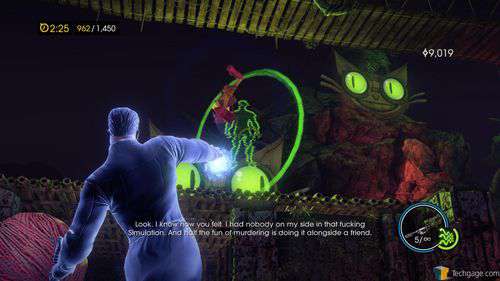 The inclusion of super powers has changed how the player will travel around the world. This is both good and bad; the game wants you to focus on customizing vehicles early on, but this is a waste when you can run or glide faster than anything on the road or in the air. This also means that aircraft serves almost no purpose unless it’s required for a mission. This change isn’t necessarily all bad, but it does make a large portion of the previous game’s appeal go right out the window.

The game combat has not changed from the previous game; in fact, it is practically an exact clone. This is not to say that it’s a bad thing by any means, especially if you enjoyed the mindless murder and mayhem from the previous games. It just means nothing has changed, so it feels reused and done before – which brings me to my biggest complaint about the game: The story. In gist, the story is very straight-forward and unoriginal. The player will see many similarities to their favourite or loathed science fiction movies or TV shows. 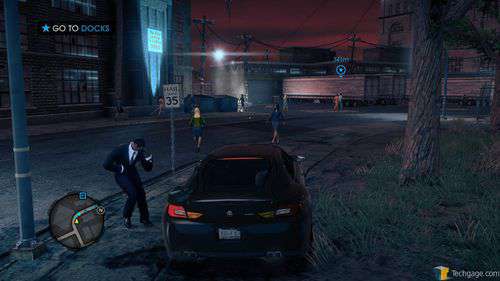 The whole game feels like one element or another has been taken from something that was established somewhere else, thus this made my whole experience feel a little cheap and predictable. However, I didn’t think this didn’t fit within the Saints universe; I am just saying that the previous Saints Row game was more original and much more fresh. When that game did reference something, it was for one or a few missions, not through the entire main plot.

This is further compounded by the reused jokes or memes that were established in the previous game, which were very obvious and hard for me to enjoy when I knew the writing staff was trying too hard to capture the spirit of its predecessor. While it’s understandable to some degree given the plot, another thing that bugged me was the fact that the game is set in Steelport… again. 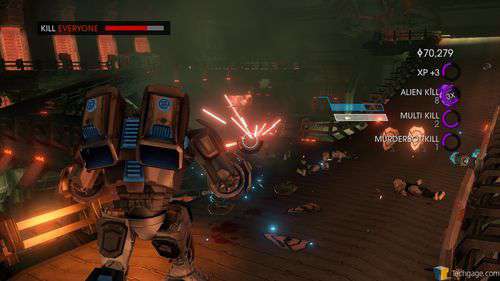 It feels like Saints Row IV was originally meant to be DLC for The Third, but then was expanded with a bunch of side missions and activities to fill up the gameplay hours. This in effect makes Steelport seem uninteresting in IV, given anyone who’s played The Third will already know it inside and out – except here, it’s virtual, and even more desolate.

The graphics in IV have been improved over its predecessor. The biggest change I noticed was an increase in my frame rate, even though I had more features turned on than I did in the last game. Multi-monitor works flawlessly here; the increased draw distance fixed a few minor complaints I had with its predecessor.

The main graphical downside I noticed doesn’t have much to do with the actual graphics but rather with how the game behaves. The virtual world will pixelate on occasion, illustrating that you are in fact still inside of a digital world, which is fine, but it happens far too frequently. 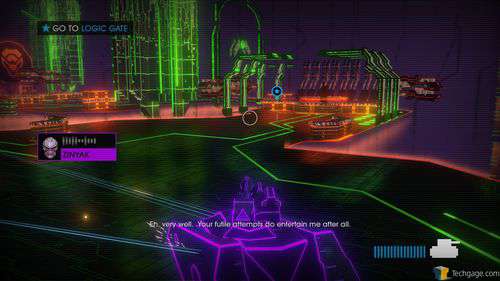 The audio has been a weak point for this engine for a while, and this game is no exception. At times, I’d load a saved game and hear audio from before I saved it. Our editor-in-chief Rob Williams noticed some audio issues carried over from The Third as well, especially while playing the game co-op over a LAN.

That aside, the characters have a strong voice cast, which play off one another very well, and the audio effects and music come through clearly. I do wish the game would have supported a custom playlist from my own music collection, however; as it is, you can only setup a playlist from the game’s music stations. 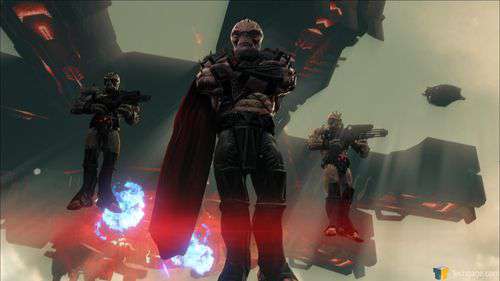 I did not get a chance to test co-op during my review. As I mentioned, Rob did have a chance to play the game that way and said it was “completely seamless”. I would suspect that since this game is Steam-powered for co-op, the game will suffer from the normal Steam problems if you’ve played co-op with any other game that uses this same feature.

In the end: Saints Row IV is a fun game and isn’t meant to take its self seriously, but I was hoping for more originality when it came to the story and especially the game world. I would recommend this to those who enjoyed the previous game a lot and want more of it, or are simply looking for some mindless over-the-top action. If you’ve never played a Saints Row game before, my recommendation would be to play through The Third first, as its story and world leads in nicely to IV.