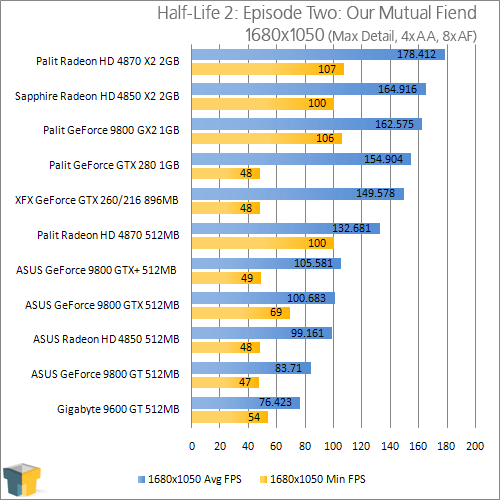 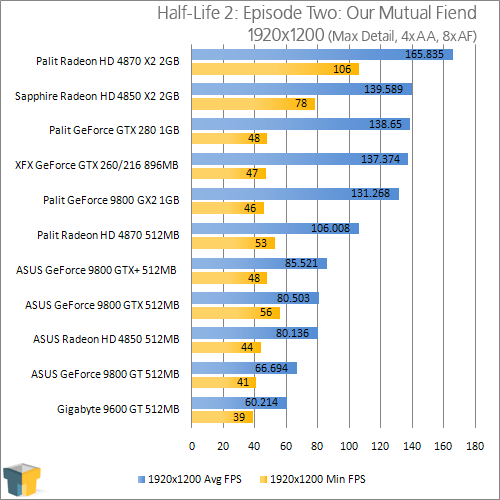 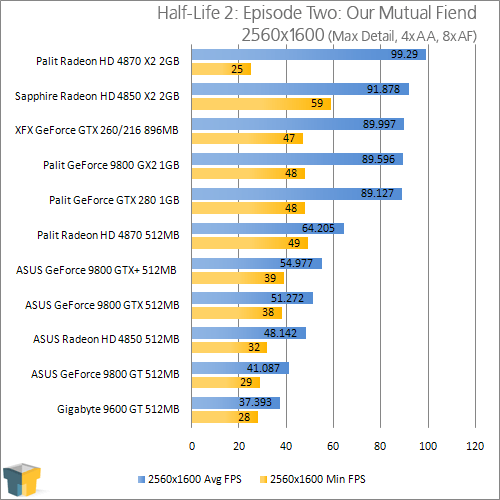 Results with HL2 are far tighter than any other game we test with, and it becomes the CPU that’s the bottleneck, not the GPU. Valve does a great job of making sure all of their Source-based games run well on most video cards, luckily for gamers.

Thanks to ATI’s 8.12 Catalyst drivers, which improved performance all-around, the HD 4850 X2 out-performed its bigger brother. That changes when the HD 4870 X2 is tested with the same drivers, but we were unable to deliver those results for this article due to time-constraints.