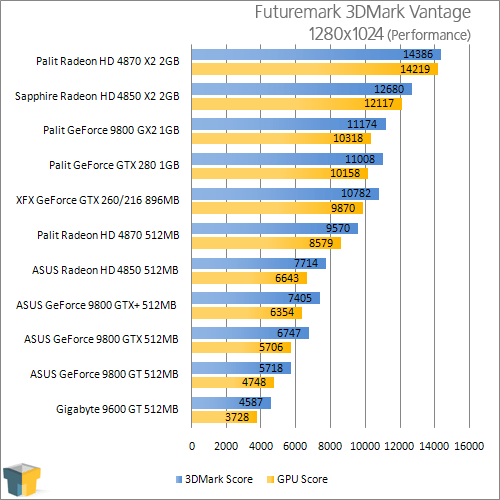 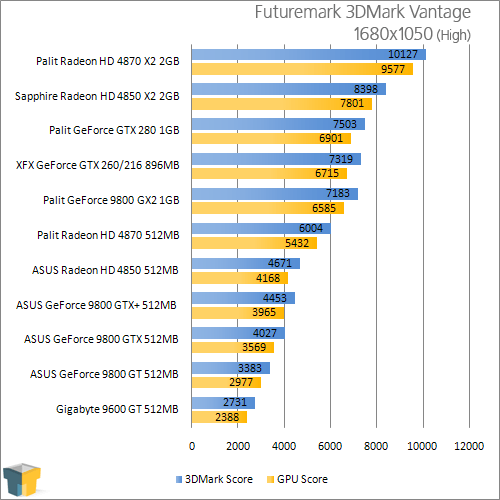 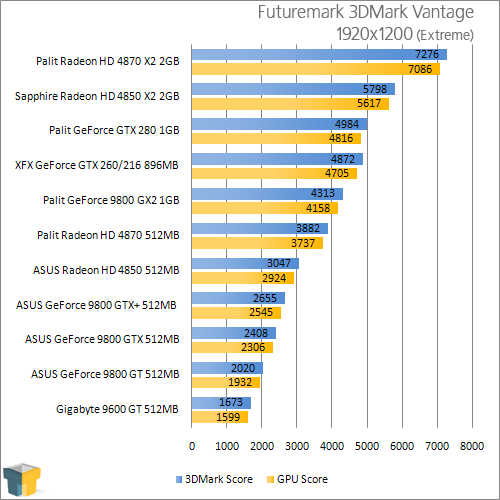 Sapphire’s card securely took the second spot all throughout our tests here. The HD 4870 X2’s benefit of faster memory and core clocks put it a good deal ahead in our highest-resolution test, though.