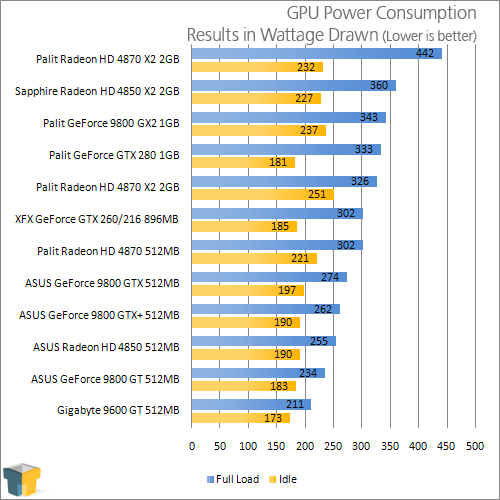 It might be the slower clocks, or the GDDR3, but the power draw seen with Sapphire’s card is far less than the HD 4870 X2. These results help make the HD 4850 X2 look even better, as it’s close to just as fast as the bigger card in some tests, but the power draw is far easier to stomach. 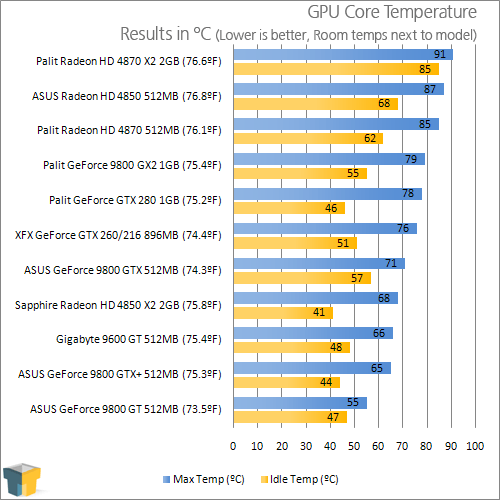 Sapphire’s special cooler proved worth the effort, as seen here. Despite being a dual-GPU card, it ranks low in our graph, and saw temps just a little bit higher than a 9600 GT… that’s incredible. The best part is that the card was generally quite quiet as well. Although I didn’t take a sound meter to it, I can honestly say it was quieter than our reference HD 4870, even at full load.

I didn’t know what to expect when diving into testing this card, but it goes without saying that I’m quite impressed. For a $300 offering, it scales well in performance when compared to slightly lesser-expensive cards, such as the GTX 260/216. For the extra $30 – $50, you get a card that works much better with games at very high resolutions, or with copious amounts of anti-aliasing. If it came down to getting insane performance while keeping things as cheap as possible, the GTX 260/216 is still a great card, and for the most part, it’s probably a better choice for most people.

As with all of the current high-end cards, the HD 4850 X2 excels at the highest-resolution available, 2560×1600. If that’s the resolution you play at, this card is the card to buy. It has the best value, and given its dual-GPU nature, it will allow better performance over any single-GPU card currently out there in most cases. The one exception might be the GTX 280 in some tests, but that is likely to be a rare scenario. 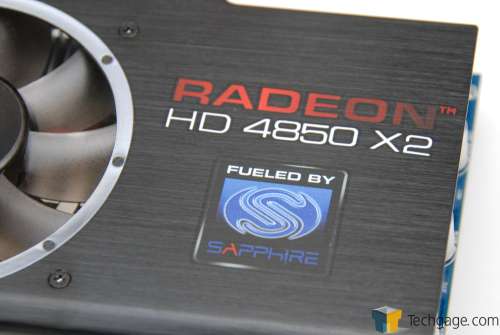 In addition to the fair price, this card features a cooler that’s not exactly pleasing to the eyes, at least to me, but it’s light and very, very effective. Not to mention quiet. In addition, compared to the HD 4870 X2, it has a far more modest power drain. Overall, there are few downsides, and as a result, it would make a fantastic addition to your gaming PC if you are looking to spend $300 and have the capability to run very-high resolutions. If you run anything lower than 1920×1200, this card is extreme overkill. That can even be said about 1920×1200, but at least there, good AA settings could be used to take better advantage of the power available.