To find the max stable overclock on an AMD card, we use the company’s GPU Overclocking Tool, as it’s open-ended and doesn’t have true clock limits, unlike the Overdrive tool found in the ATI Catalyst Control Center. For NVIDIA, we use EVGA’s Precision, which like the previous tool, also doesn’t hold you back from achieving the most impressive clocks possible.

Where budget components are concerned, overclocking can be made quite interesting, or quite boring. In this particular case, it was the former, as the card had a lot more room for overclocking than I had imagined, especially with the use of a passive cooler. Once again, the reference clock speeds for the HD 5550 are 550MHz Core, and 400MHz Memory. When all said and done, the max stable overclock to be reached was 755MHz Core and 500MHz Memory.

Yes… we’re talking a 37% clock boost to the Core, and a 25% boost to the Memory. ATI’s Catalyst Control Center topped out at 700MHz Core, so we had to use AMD’s GPU Overclocking Tool in order to exceed that. Interestingly, 500MHz Memory on the dot was where we had to stop, Even boosting up to 510MHz gave us errors after a while. Memory is certainly a finicky thing. 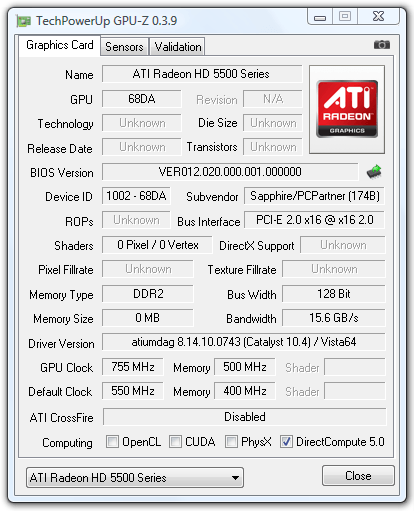 You can see the results of our stress test by clicking on the image above.

With such a major boost, surely we’ll see some real performance gains, right? 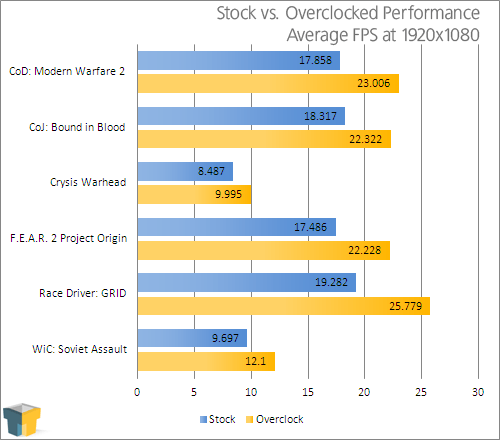 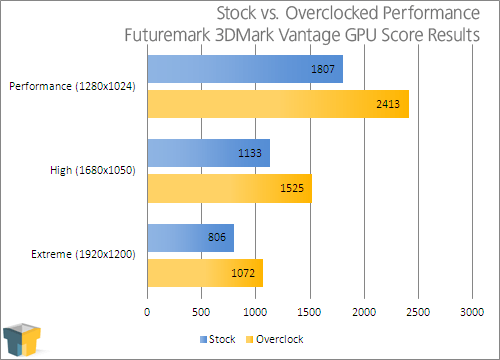 Yes, that’s definitely true. In some cases, the performance differences are huge. Of course, the performance as a whole is far from desirable, but if you do pick up one of these cards, you’ll have a fair amount of breathing room from an overclocking standpoint, and given the low overall performance, any sort of boost is going to be hugely appreciated.