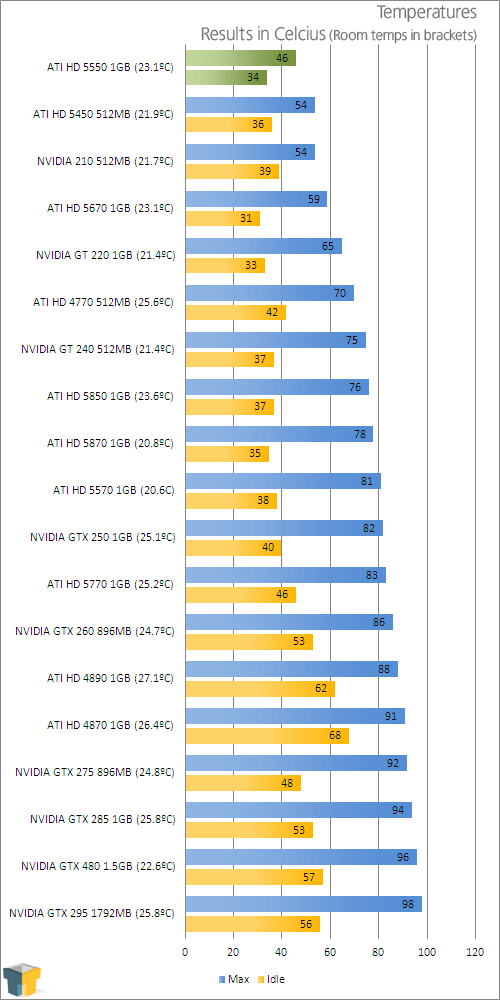 As I mentioned in the intro, the cooler on this card works well, and that’s proven here. No matter how long I ran OCCT, the temperature would never go above 46°C. Even after our overclock, we only managed to get the card up to 48°C. This is definitely HTPC material! 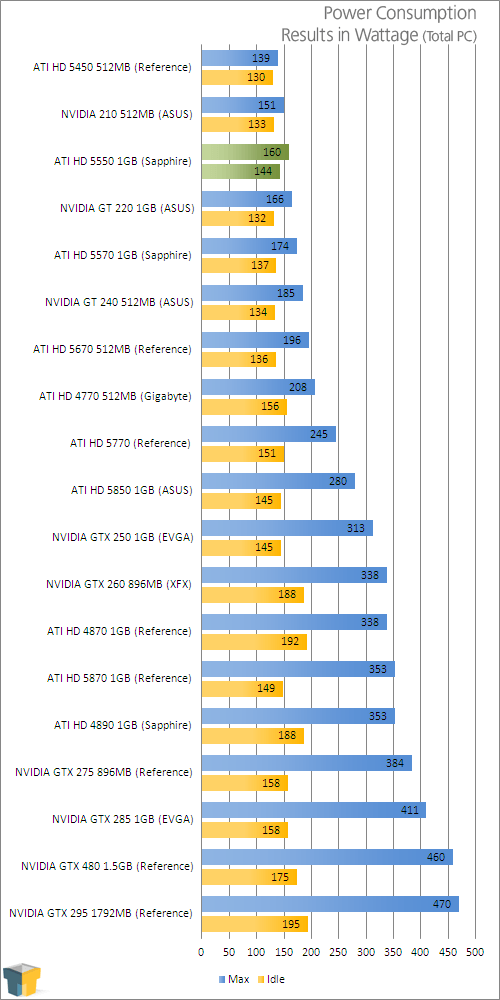 I find the idle wattage on the HD 5550 to be a little higher than I would expect, given it’s more than the HD 5570, but the card redeems itself at load, shaving off 14W.