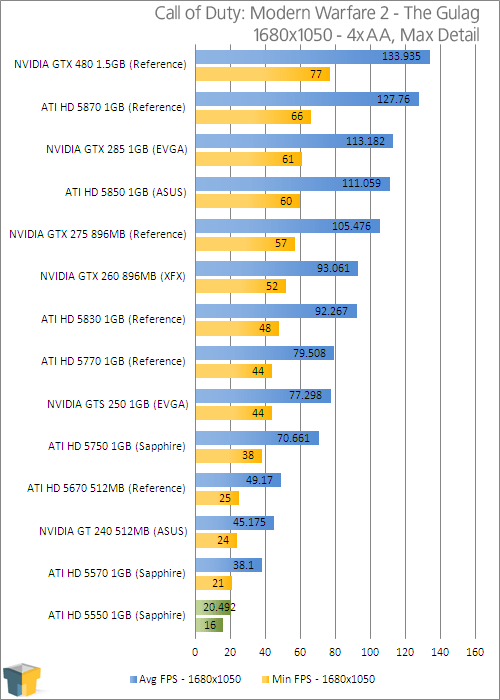 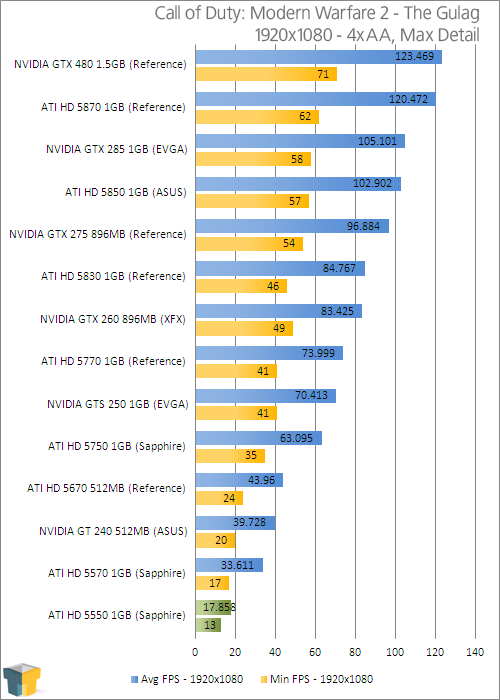 In truth, I could have stopped benchmarking at this point with these resolutions, but I couldn’t help get past the fact that this card SHOULD be delivering better performance. The biggest sticking point is, since both the HD 5570 and HD 5550 are so close in price, it’s important to note the real-world differences between the two. The cards might be priced $10 apart, but the performance doesn’t reflect that at all.

In order to get the game to a playable level, detail settings had to be turned down quite a bit, and anti-aliasing had to be disabled, naturally. Even then, the performance wasn’t ideal, but you can still get by with sub-30 FPS in this title. You’d be craving more performance, but at that point you’d have a serious trade-off to make: dial down the resolution, or worsen the detail levels. That option is there, of course. But you can’t expect too much out of this card either way.