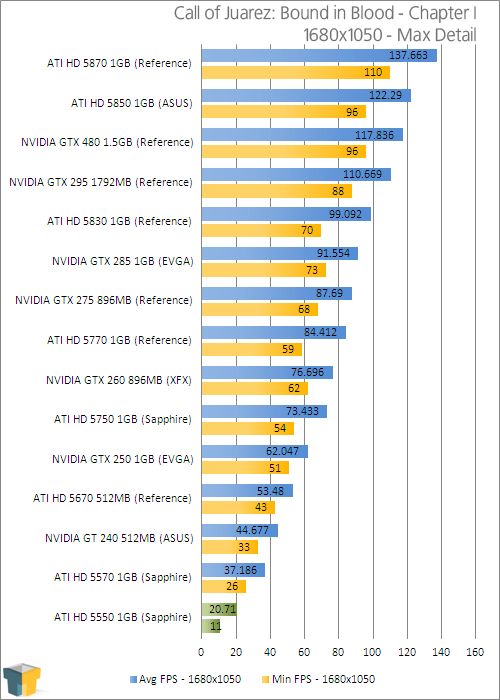 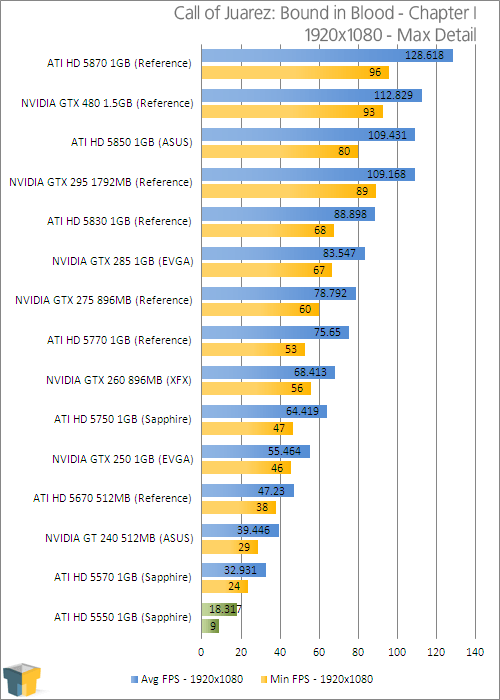 After what we saw with MW2’s performance, Bound in Blood’s was to be rather expected, and for good reason… the framerates come out about the same.

Again, like MW2, we had to lower our detail settings, and even then, the situation wasn’t ideal. If you plan on using this card at 1680×1050, you’ll have a slightly better experience, but there’s no way anyone will want to play with higher-than-medium details with this card, unless your goal is 1280×1024.