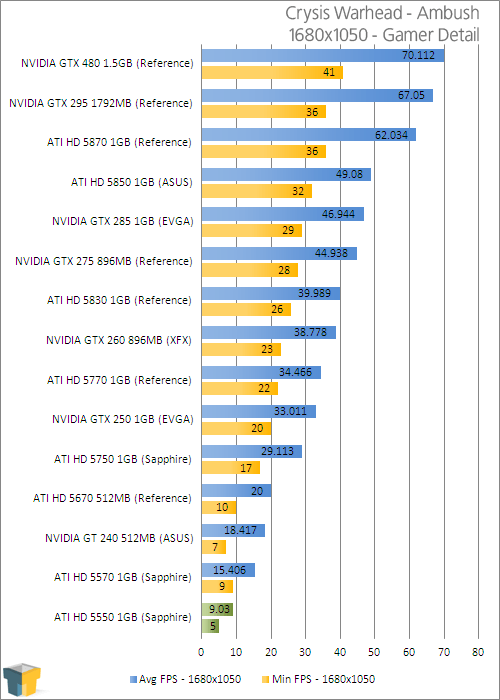 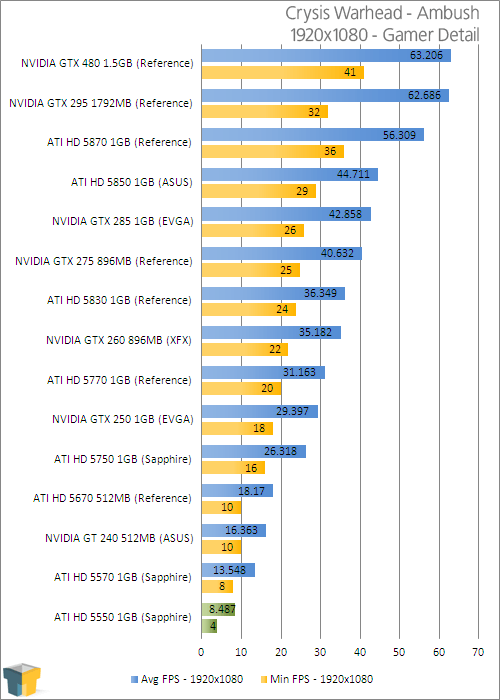 With the performance seen in MW2 and BiB, I couldn’t help but laugh as I was loading up Crysis Warhead. Any low-end truly croaks with this title, and this one is no exception. We finally broke the sub-10 FPS barrier!

In order to achieve what we found to be enjoyable gameplay, the only option was to shift all detail settings down to Minimum. Even at 1680×1050 with Mainstream was too tough for the card to handle, but Minimum fixed all that, and overall, it ran quite well.