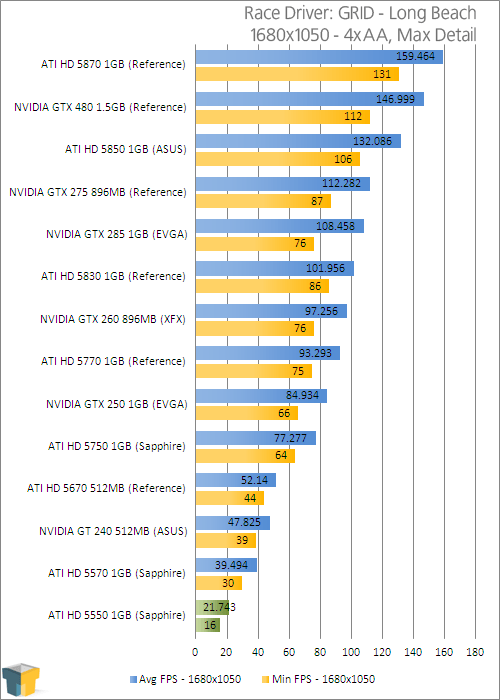 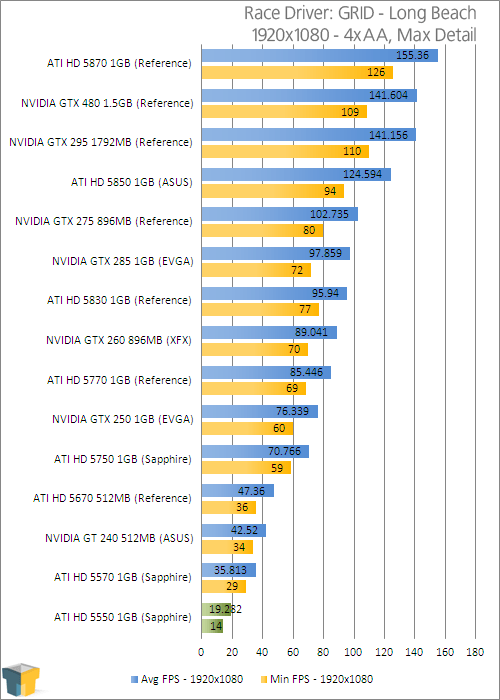 If you don’t have your heart set on high framerates, you can get by just fine in an FPS, but for a racing game, it’s a whole new ball game (or should that be race track?). With this genre, you -need- high framerates, because precision counts. So what could we muster after lowering some settings?

Not to sound like a broken record, but once again, medium details were our savior. Even though the average frame rates didn’t drastically increase, the playability did. Unfortunately though, disabling AA in this particular title is something that should be avoided, because it’s truly ugly afterward. Even the in-game fonts are jagged!