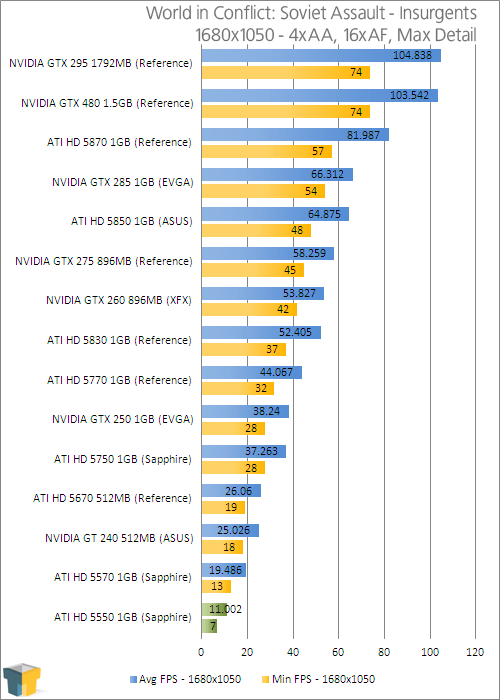 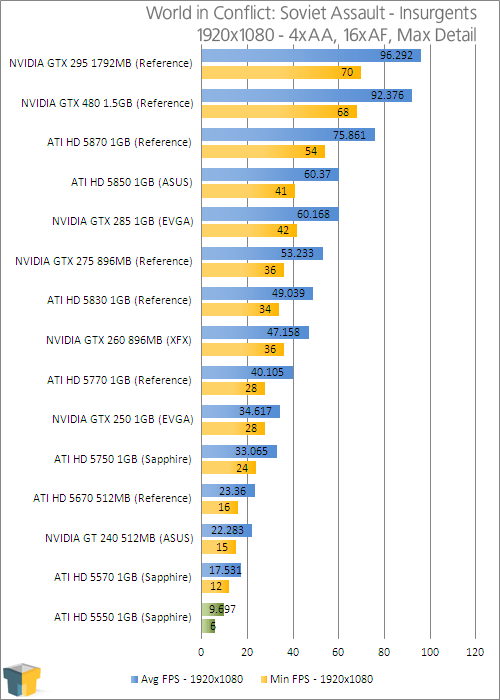 World in Conflict might look innocent enough, but the frame rates prove that it’s almost as hardcore as Crysis Warhead, being the second title to dip below 10 FPS at 1080p.

Moving to medium settings in this game didn’t help us out too much, so we had no choice but to move to minimal levels. At that point, the framerates sky-rocketed, and unless you’re truly fussy, the game still didn’t look too bad.