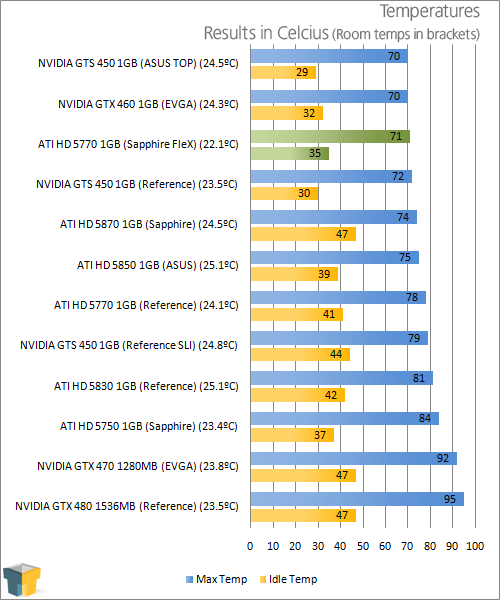 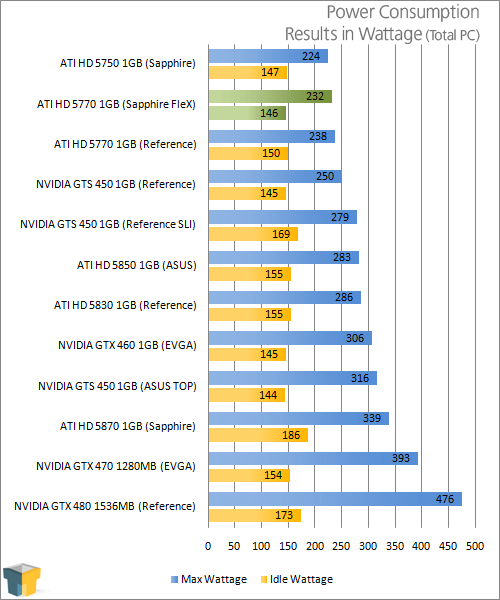 I didn’t hold any major credence in Sapphire’s FleX cooler, as it doesn’t look quite as efficient as most of the previous Vapor-X and similar designs that the company has put out in recent years, but overall, the temperature drop between it and the reference is still quite notable. The same goes for power, which saw a minor drop overall, despite being the same card.