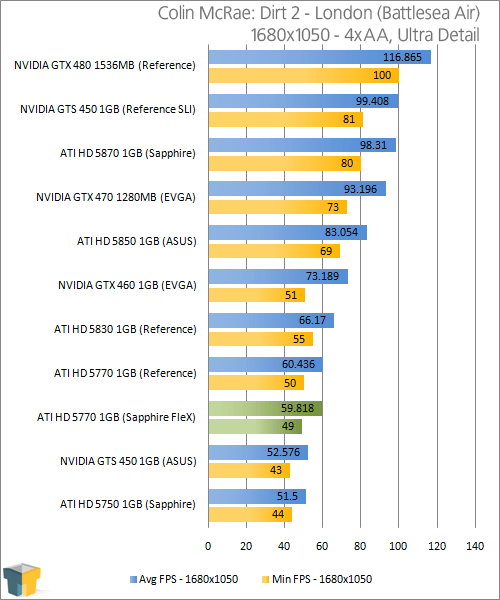 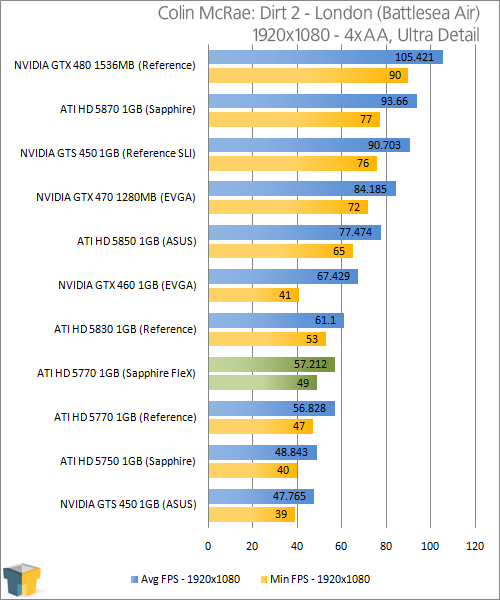 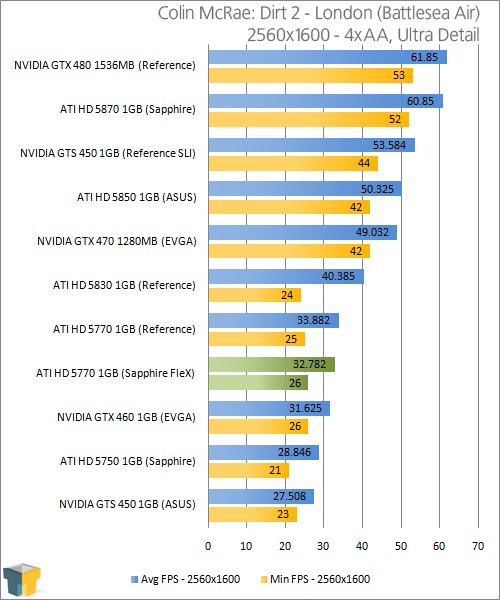 As is to be expected with a reference-clocked card, Sapphire’s FleX performed on par with an actual reference sample. Overall, the performance in Dirt 2 is great at all resolutions, even with anti-aliasing enabled.

While the game did play decently well at 2560×1600 with 4xAA, it’s not going to be desirable by most gamers. Lowering the detail levels to Medium helped the performance significantly, and of course, at any resolutions below 2560×1600, you’re golden with maxed-out detail levels.

Dirt 2 was one of the first titles to be released with AMD’s Eyefinity Certified classification, and for good reason. The game looks fantastic across three displays, and because it’s certified, the GUI is appropriately displayed. Because 4800×900 has a mere ~5.5% more pixels than 2560×1600, it’s no surprise to see the exact same detail settings used – which as the screenshot proves, looks quite good.