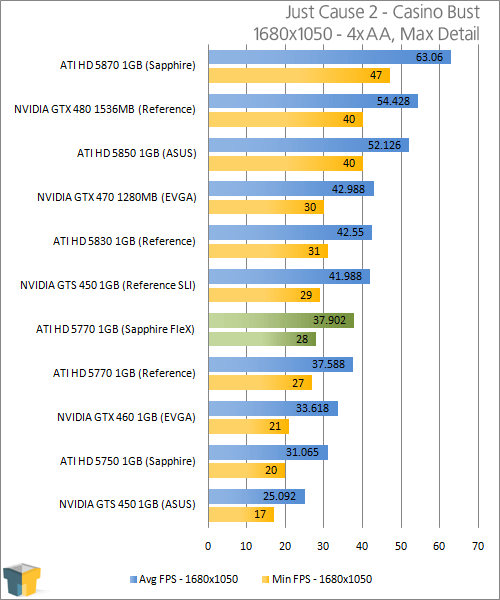 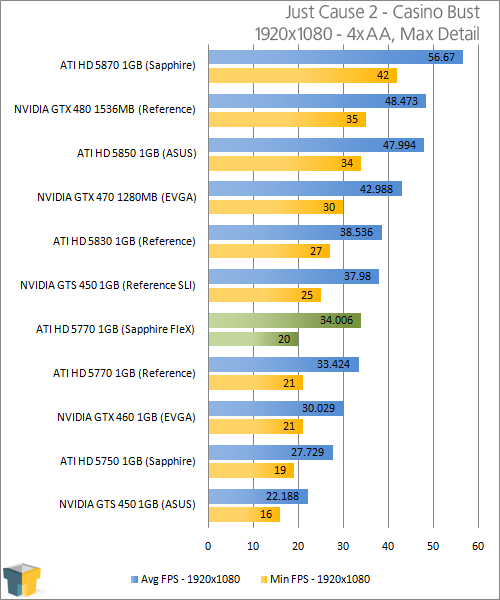 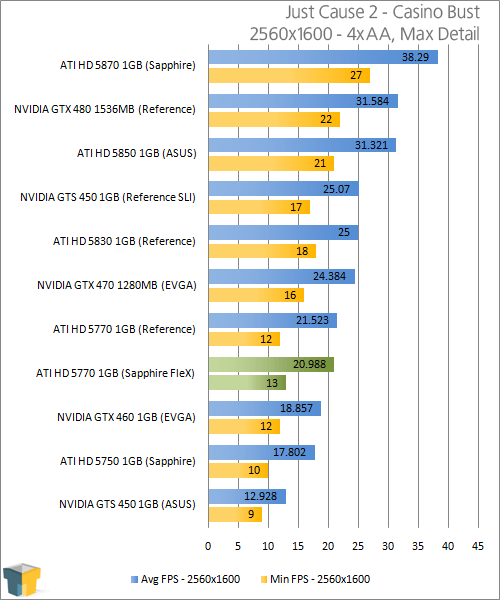 Just Cause 2 is a gorgeous game, and that’s reflected in the performance. Using our maxed out detail settings, along with 4xAA, isn’t reasonable for many GPUs even at 1080p, so let’s take a look at the best playable:

For the most part, the detail settings can remain high on the HD 5770 and still deliver good framerates, but the 2560×1600 resolution is an unrealistic prospect. The same can be said about ambient occlusion and of course, anti-aliasing.

Being that there are many more pixels to push compared to 1920×1080, we had to lower some of the detail levels a bit, with very high textures being pushed down to high, and AO being disabled entirely. Despite these additional decreases, the game still looks great – and this is one of those titles that really can become immersive with 3×1 setups.