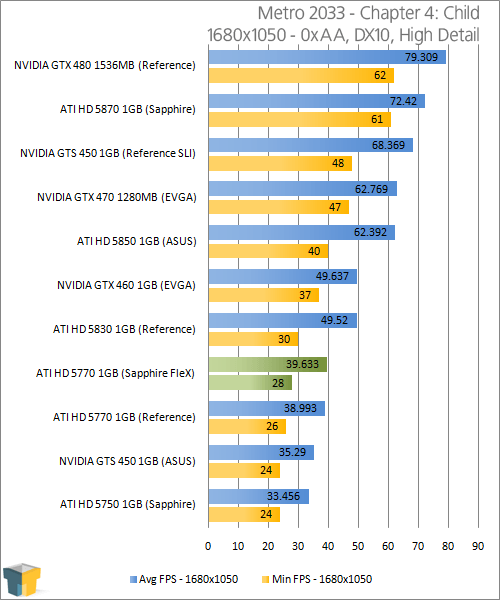 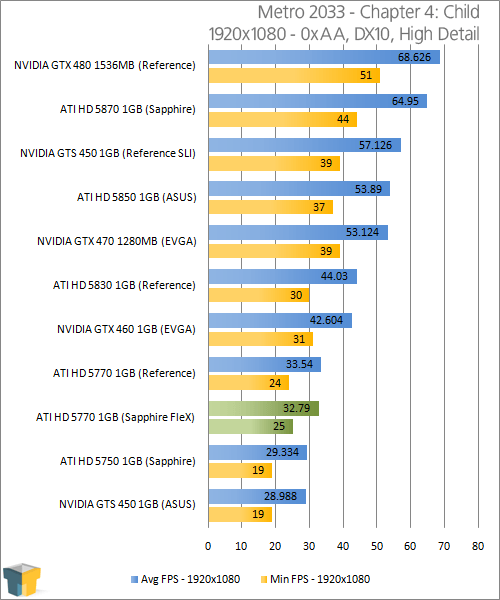 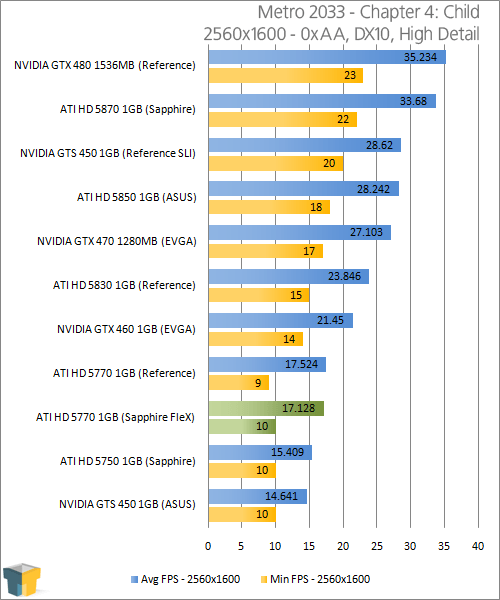 Metro 2033 is somewhat of a disappointing title for mid-range cards, because both DX10 and DX11 models are almost an impossibility at a decent resolution. Fortunately for gamers, DX9 mode still happens to look fantastic, but as one of the few games out there built in with DX11 mode, it would be nice to actually play it at those settings. As far as our chosen detail settings above go, the HD 5770 is limited to 1680×1050.

Because Metro 2033 doesn’t allow fine-tuning the detail settings to any real degree, we were limited in how much we could tweak to get a playable setting. Our only option here was to drop things down to DX9 mode, while retaining Medium detail levels. As mentioned above, though, this game still looks great in DX9 mode, as the screenshot above can attest.